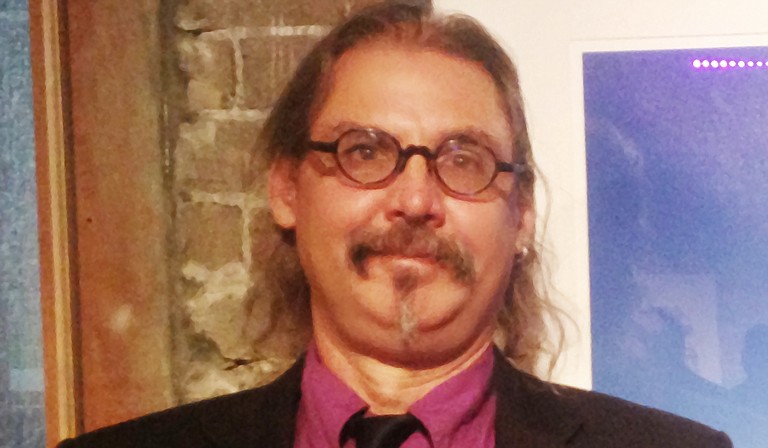 My most powerful memory of photographer and filmmaker David Rae Morris was in the days after Hurricane Katrina. Because the Jackson Free Press offices in Fondren could re-open quickly after the storm (which we credit to being near hospital power grids), David liked to come to the office and sit quietly on the floor looking at storm news on the Internet, emailing friends and tapping into New Orleans blogs. He couldn't return to his Bywater home, where so much of his family's history, a beloved cat and his negatives were trapped, conditions unknown.

It is a city he loves, and he couldn't go check on it. It was devastating to him.

I had already been around David a few times because I had become good friends with his stepmother JoAnne Prichard Morris since returning to Mississippi and lived a block away. But during the two weeks or so after Katrina, my partner, Todd, and I huddled in JoAnne's powerless home in Belhaven, along with David and his family. We were working long days doing special coverage, including of the people packed in the Mississippi Coliseum, and David volunteered to shoot photos. He needed to do something, too. Soon, he would go for a day or two at a time to the coast and then New Orleans after he could get in, shooting photos for our paper and for national media outlets. It was his way to do his part, and he did it so well.

At night, after long days in our office, we would return to JoAnne's house with the house dark and the family asleep, but David always left a blue hippopotamus flashlight at the front door for us. You really get to know someone in these circumstances, and I learned quickly about David's values as a human being, a family man and a photographer.

Place matters a whole lot to David, as it should being that he is the son of the late writer Willie Morris, who made exploring a sense of place in Mississippi, in all its complexity, a high art form in his novels and memoirs (several of which helped bring me back to Mississippi far before I met any Morrises.)

David was born up north in New York City, but he spent many hours with his father exploring Mississippi, especially Willie's beloved Yazoo City, which Willie immortalized in so many books, from "Yazoo: Integration in a Deep-Southern Town" (chronicling the town's integration) to "My Dog Skip" (now a beloved children and holiday movie that makes me cry every time I see it).

I never met Willie, but his words in the book he collaborated with David on—"My Mississippi"—literally made me want to start this newspaper (the part about how Mississippians of all races haven't learned that we sink or swim together).

The first time I ever laid eyes on David or JoAnne was at a Willie Morris celebration in Yazoo City, during a reporting trip back here from New York. David was signing the book, which was published after his father died. I've never told either of them, but I was afraid to talk to them, not wanting to be just another Willie groupie. It seemed trivial to try, so I watched them from afar.

Now, of course, that seems silly. JoAnne is one of my closest friends and confidantes. We've shared a duplex building (briefly), holiday meals, secrets, ideas, gossip, laughs and a great deal of red wine over the last decade, and she helped us start the JFP. And since Katrina, I've loved and admired David, his wife, Susanne Dietzel, and daughter Uma: dynamic, loving, funny family members that split their time between Ohio and New Orleans since the storm upended their lives.

In the time I've known him, David has turned himself into an accomplished filmmaker who makes places and people in our state come alive in a way I know his father would have cherished. I've watched him frantically pass through Jackson in recent years—sometimes stopping by our house to watch a football game—as he traveled the state to work on a documentary that probably only he could make: "Yazoo Revisited." In the film, he has returned to the difficult topic his father took on so many years ago: integration in Yazoo City and the racial context and history of it.

In the film, which screens at Crossroads Film Festival this Saturday at 5:10 p.m., he talks to an impressive and diverse line-up of Yazoo City natives, many of whom were part of the integration era. He even interviews former Gov. Haley Barbour in the film, a divisive figure who got into a lot of hot water for seeming to downplay segregation in his hometown in a national media interview.

I'm too close to David and his family now to review the film, which I'm also in briefly, but I do urge all of you to show up at the Malco Grandview Cinema in Madison (221 Grandview Blvd., Madison) on Saturday and watch his powerful film and meet this remarkable filmmaker. You won't regret it.

Visit davidraemorris.com for a trailer of the documentary and crossroadsfilmfestival.com for more on Crossroads April 9-12.