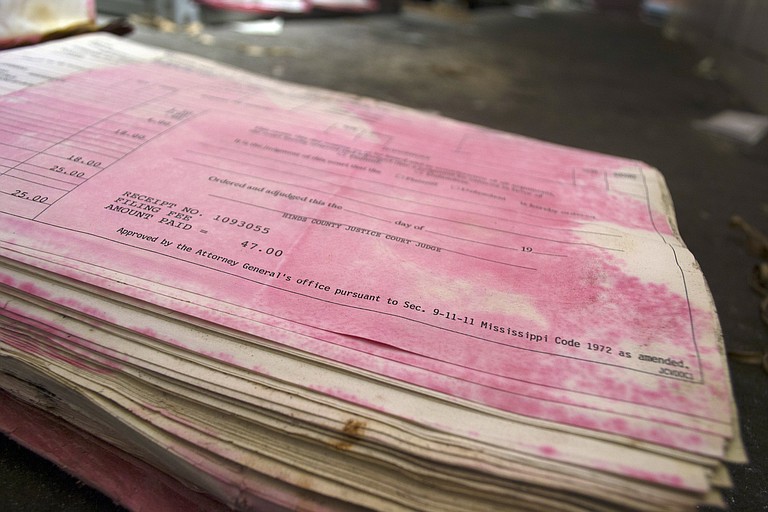 Pages of history have turned pink after water damage caused the red cover to bleed onto the book’s pages.