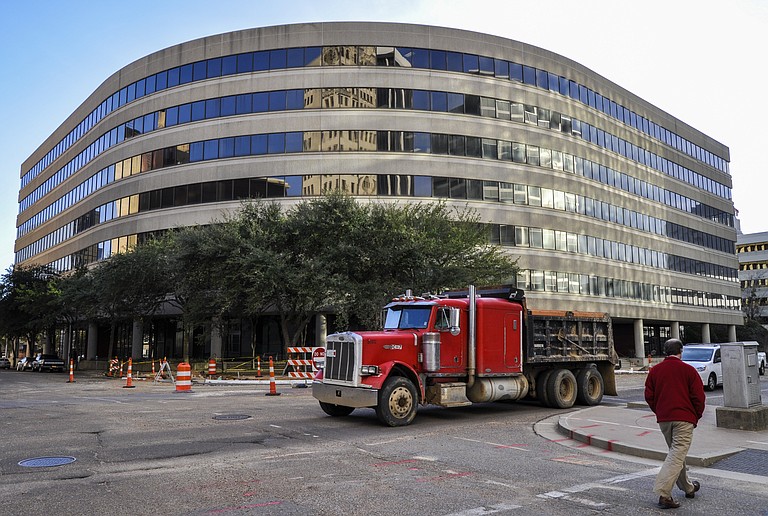 The Landmark Building, which has remained vacant for two years since tenant AT&T left in 2011, could have a new owner by summer. Photo by Trip Burns.

The University of Mississippi Medical Center will soon have a downtown presence. The only question is how long it will take and how big of an impact it will have.

A deal is in place for UMMC to purchase the long-vacant Landmark Building at 175 E Capitol Street UMMC spokesman Jack Mazurak confirmed to the Jackson Free Press. The school reached an agreement with Capitol Street Associates, the group that currently owns the building, to purchase the 366,500-square-foot, seven-story building for $6.25 million. It was previously listed for $7.5 million.

"The building is in relatively good shape," Mazurak said. "But we're still working through a couple of requirements we have to meet because we are a state entity. It could be a couple of months before we close the deal, but the good news is that they want to sell it, and we want to buy it, and we've agreed on the price."

While he said the deal had been struck, Mazurak said the renovations, which include a new roof for the building, must be completed before UMMC signs the deal.

The state's only medical school is expected to do additional renovation, depending on how UMMC leadership ultimately decides to use the building. Mazurak said tentative plans include using the first floor as commercial space and, possibly, a health clinic of some kind.

The Mississippi Board of Trustees of State Institutions of Higher Learning approved the lease of as many as 700 parking spaces at the nearby parking garage across the street at One Jackson Place.

UMMC hopes to take ownership of the property in the spring, complete its renovations, and have offices open in the building by fall or winter of this year.

Back on State Street, Baptist Health Systems has filled the commercial space inside The Belhaven, the hospital's five-story medical office and retail building located across the street from Baptist Hospital.

Because city zoning ordinances require builders to construct some kind of residential or commercial property on each side of the garage, Baptist is building 11 townhomes along the east and south side of the parking garage adjacent to The Belhaven.