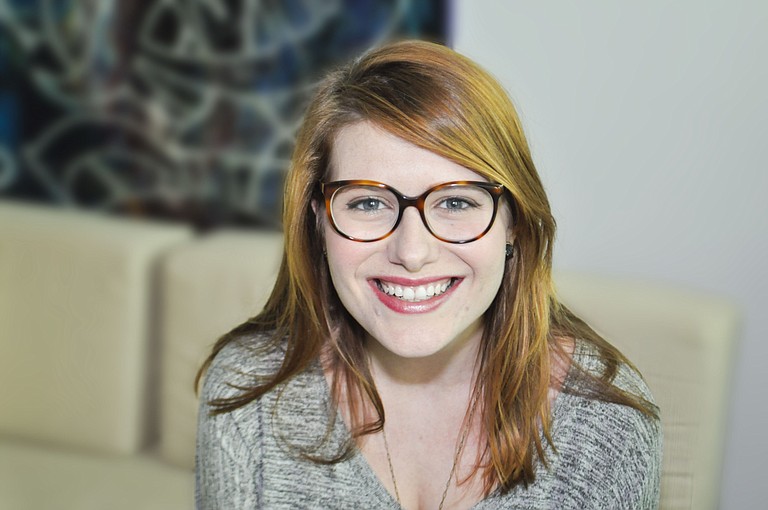 The Jubilee Theatre Collective, spearheaded by Annie Cleveland and other Mississippi ex-pats in Chicago, wants to expose Mississippi literary works to the masses. Photo by Trip Burns.

Although the members of the Jubilee Theatre Collective in Chicago moved away from their Mississippi homes, their love for the state runs deep. The organization is a group of 10 talented artists from Mississippi who attended the University of Southern Mississippi and received degrees in the fine arts. They moved to Chicago after graduation in search of job opportunities.

Now they are trying to bring Mississippi's literary contributions to a new generation. For its first event, the Jubilee Theatre Collective in Chicago is showcasing a play from several Mississippi playwrights in the group's fundraiser "Wild Grown Stories," held at the Den Theatre in Chicago Feb. 24 and 25.

"We all kind of started working with a bunch of different companies, but we all wanted to work on something together, and we wanted to do something to give back to Mississippi, specifically like the arts and culture in Mississippi," says Annie Cleveland, the collective's managing director. "We decided to put together this fundraiser."

The collective's goal is showcasing Mississippi playwrights and the southern art of storytelling to those in other parts of the country not as familiar with the state's contributions to the artistic and literary worlds.

"I had a conversation with a guy last night at rehearsal, and he didn't realize I was from Mississippi," Cleveland says. "... We said something about Mississippi, and he said something really, really derogatory that implied that Mississippi was still really backwoods and really racist. I think that because of Mississippi's history with race relations, and (because of its) current state with obesity and illiteracy, Mississippi gets a bad rap, and people like Tennessee Williams and Eudora Welty and William Faulkner get overlooked. I think it's important that people know that Mississippi is really a cultural touchstone for this country."

Along with a silent auction, "Wild Grown Stories" will feature theater performances of plays including "This Property is Condemned" by Tennessee Williams, and "A Breeze from the Gulf" by Mart Crowley. Cleveland says the collective wants to do a play by Crowley because he is a contemporary gay playwright from Mississippi. Crowley now lives in L.A.

"Wild Grown Stories" will also feature "The L-Play" by Beth Henley, which Cleveland will direct, and selections from "Scrambled" by Beth Kander. "Beth Henley is a Pulitzer prize-winning female playwright from Mississippi, but the one that we chose from her, 'L-Play,' is a kind of experimental, almost absurdist piece, which I think will be refreshing," Cleveland says. "I think when people think about Mississippi writers, they think of very conventional southern themes, but we really have a nice eclectic spread."

Jubilee also held a writing contest for Mississippi playwrights, and the collective will showcase the winning plays: "My Father's House" by Boyce Deaton and "Waves" by Andrew Rhodes.

The proceeds from the event will benefit arts and literacy programs in Mississippi. The organizers have two goals for the event: to teach non-Mississippians more about the state's arts and culture, as well as provide students in the state opportunities to learn about their heritage. Fifty percent of the proceeds will benefit the Power APAC theater department in Jackson, and the other 50 percent will help purchase books from the required reading list for high schools in the Mississippi Delta.

The Power APAC program is open to students enrolled in Jackson Public Schools, but students must meet certain criteria and maintain a "B" average to participate in the program. Power APAC offers academic and arts programs. "It is great for the children in the APAC program to see someone who has been where they are and to see what they can  become," Cleveland said.

Cleveland attended the Power APAC (Academic and Performing Arts Complex program so this cause is meaningful to her. When she is back in town, she tries to visit the school and speak to the children currently participating in the program.

Cleveland says the response has been incredible.

"It's been really exciting, first of all that people from Mississippi are willing to donate to help us put on a show that they're not going to be able to see," Cleveland says, adding that she is anxious to see Chicago's response. "Our friends in the theater community helped donate to the campaign, but we just made it live to where you can buy tickets online. We brought in some really, really great Chicago actors to put on the show, and I'm hoping that we'll have big crowds. I'm really excited to see."

Jubilee raised about $1,684 to put on the show. The group was about $180 over the goal, and Cleveland said that more than 90 percent of the proceeds came from Mississippians. The goal is to make "Wild Grown Stories" an annual event.