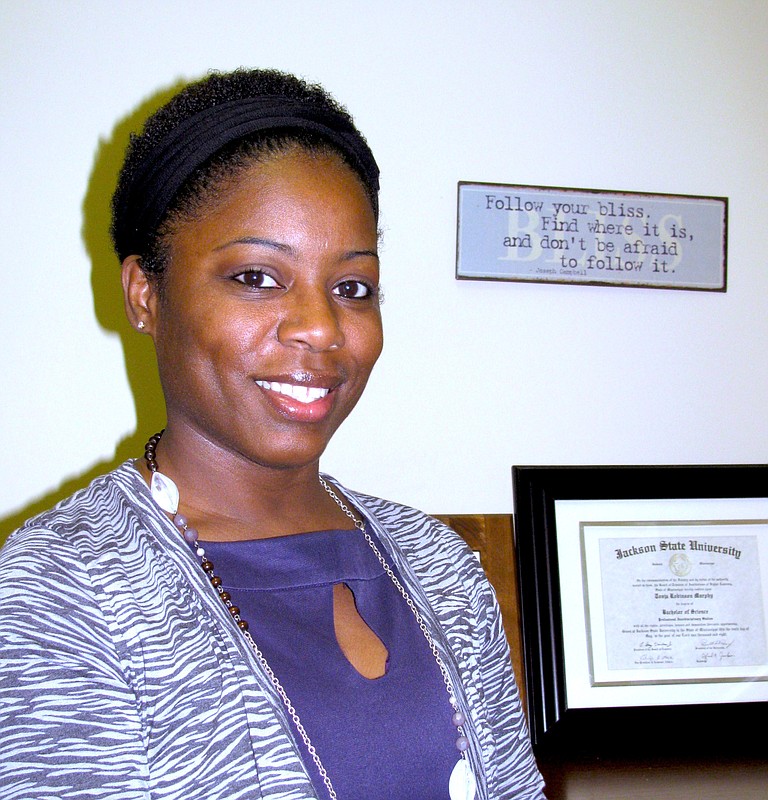 You can't talk at them; you want them to be a part of the conversation that you're having with them--about them." Tonja Murphy is describing the parenting method she uses with her three children, Alexandria, 22; Gregory, 13; and Jordan, 12. Murphy, a single mother, is Jackson Public Schools' "Parent of the Year," and the after-school mentoring program coordinator at Rowan Middle School for Operation Shoestring, where she mentors both parents and children.

Murphy provides some examples of bad dialogue and good dialogue. She advises not to say: "I told you not to do that" or '"why is that?" Instead, she suggests: "So tell me what you think about what you did."

After several years of working with non-profits, Murphy says confidently that she will stay in that line of work. But that wasn't always the case. Once she graduated from Murrah High School in 1991, she attended Jackson State University for a year, then moved to Hinds Community College, and eventually entered the career world in accounting as the director's assistant for circulation at The Clarion Ledger in 1999.

But she began to notice a pattern. When opportunities to contribute at community events and charities arose, she devoted copious amounts of her time and energy toward those causes. It came to a tipping point when, in 2006, she was offered a job at Habitat for Humanity. However, with a family to provide for and a steady job already secured, she shied away from the opportunity.

Fortunately, the job became available again a few months later and, in the interest of good health and a rewarding career, she seized it, resumed her studies at JSU and has never looked back. She earned her bachelor's degree in social and behavioral sciences in 2008.

Murphy's mentoring has led her to some important discoveries about the function of human relationships. "Anybody who is successful had somebody in their life who took the time to encourage and educate them," she says. She credits her sisters, Gale and Sharon, and her parents, Emma Robinson Dillard and the late Rev. Johnnie Robinson.

Problems arise when generations neglect communication with each other. "Nobody just wakes up and says to themselves, 'Hmm, I think I'm going to do something illegal today to support my family,'" she says. "Somebody at some time or another didn't take the time to have a conversation with them."

This is why Murphy is adamant about "date night" with her two sons. She dedicates one night a week to relaxing and speaking candidly about the issues they encounter as they grow up. "Children understand when their parents are involved," she says, "and when they know someone cares, that gives them the right to be the best they can be."