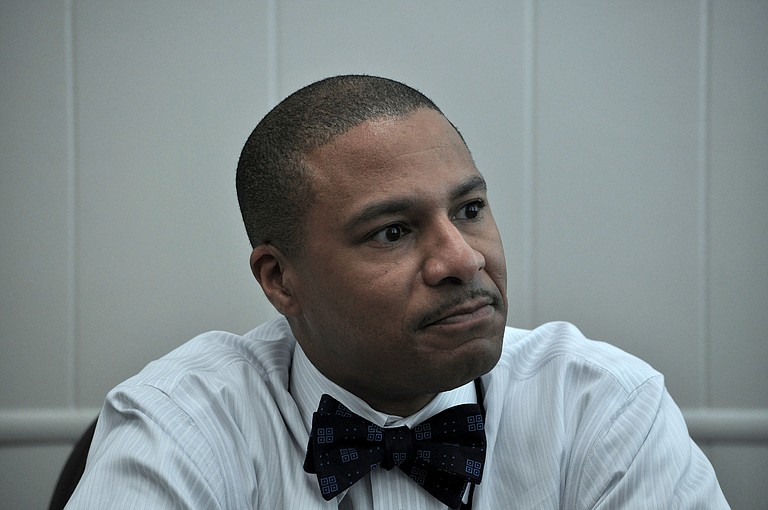 "That's not a behavior question, that's something much deeper," Gray told the audience.

Gray, who has been JPS schools' chief for five months, is dealing with students who have the blues. He said students are struggling with mental-health issues including depression and hypertension, which can be related to high stress levels.

Each school in the JPS system has an in-school counselor, but Gray said some of the counselors have responsibilities unrelated to their counseling role with some even serving as quasi-school administrators. The superintendent said his administration is working to free the counselors from doing other things so they can focus their attention on the mental-health needs of students.

The JPS school board hired Gray in May 2012. Born in Milwaukee, Wis., Gray spent his childhood in Memphis, Tenn. He studied at the University of Memphis, where he received bachelor's and master's degrees, and completed his doctorate at Union University in Jackson, Tenn. He was a teacher and a principal at two Memphis-area middle schools: first at Craigmont Middle School and then at Lester PreK-8 School. Before joining JPS, Gray headed the Fayette County Schools system, which has about 3,700 students (JPS has nearly 10 times that number, approximately 30,000).

This morning, Gray outlined the entry plan he put together before he took the reins at JPS. The plan emphasized engaging the Jackson Public School's Board of Trustees and the superintendent's staff, community and religious leaders, members of the state Legislature, the mayor, City Council, county supervisors, parents and scholars from the university community, and principals, teachers and students.

Gray said he wanted to focus more on teachers, students and their parents. When he accepted the JPS job, he said colleagues congratulated him because he wouldn't have to deal with teachers' unions, which have a stronger presence in many other states. But Gray said he meets with local labor organizations representatives with the National Education Association and American Federation of Teachers and is putting a teacher-recognition program in place called The Golden Bowtie award.

Finally, he announced the creation of a student Board of Trustees made up of representatives from each JPS high school, which will begin meeting in January. Gray called it a departure from how school officials traditionally involve students.

Gray has acknowledged one of the major problems so many of our students face. When these kids step off the bus, their problems from home come with them. Many of them are kids with adult problems. Many people would be shocked at what some of these kids have to deal with. "life ain't no crystal stair"