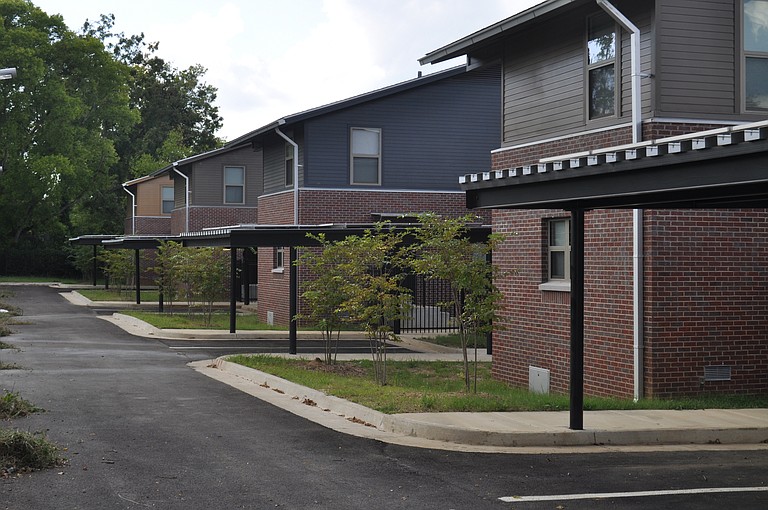 The city once again saw cuts to the grants it receives from the U.S. Department of Housing and Urban Development. Photo by Trip Burns.

The U.S. Department of Housing and Urban Development recently approved the city's One Year Action Plan and will administer grant funding to Jackson for neighborhood revitalization, community services, and housing and economic development opportunities.

Mayor Harvey Johnson Jr. will sign an agreement with HUD to receive funding from a range of programs, including the Community Development Block Grant program, Emergency Solutions Grant, Emergency Shelter Grant and Housing Opportunities for Persons with AIDS.

"My concern ... is that this program will go away, as Congress starts looking at programs to cut. This program has been severely cut over the years. We used to receive much, much more money," Johnson said Nov. 1. "I remind people every time I get a chance how important this program is."

The city will spread the $1.85 million in CDBG funds to a range of programs, including the Summer Youth Employment Initiative, AmeriCorps Capital City Rebuilds Public Service Program, new bridges, new playground equipment at parks and the Housing Rehab Program.

Two of the most popular recipients of CDBG money in recent years have been the Small Business Development Grant and the Storefront Improvement Grant programs. Under Johnson's administration, the city has handed out nearly $700,000 to small businesses through the grants to help them hire new employees, retain current workers, make improvements to buildings and more.

"Obviously, if the overall (CDBG) pot money is cut, there also has to be cuts up and down the board. I'm not sure we're going to be able to devote as much money as we have in the past to the (Small Business Development Grant) program, but we intend to keep it," Johnson said.

The city will not directly administer the $1.14 million it will receive for the Housing Opportunities for Persons with AIDS. Instead, the city saves on administrative costs by passing the money on to the state Department of Health, which then administers the funds throughout the Jackson metro area, including Hinds, Rankin, Madison, Copiah and Simpson counties. DOH also receives other HUD money to implement the program statewide.

Dr. Nicholas Mosca, director of the HIV/STD office at the state health department, said DOH uses the money to help people with HIV and AIDS who need emergency help. "These are people that are about to lose their housing," Mosca told the JFP.

When people with HIV/AIDS are in danger of being kicked out of a rental property, DOH will provide rental assistance for up to 21 weeks to help keep them from becoming homeless. "Having stable housing helps people to stay in their therapies for HIV disease," Mosca said.

Patients with HIV/AIDS often have case managers from various charitable organizations. Mosca said those workers help identify patients in need of help from the HOPWA program and tell them how to apply. Also, the patient's primary care provider can connect them with the program.

The Emergency Solutions and Shelter Grants, totaling more than $257,000, will also go toward fighting homelessness. Johnson said the city gives the funds to charitable organizations which provide services to homeless people, including Stewpot and the Billy Brumfield Shelter.