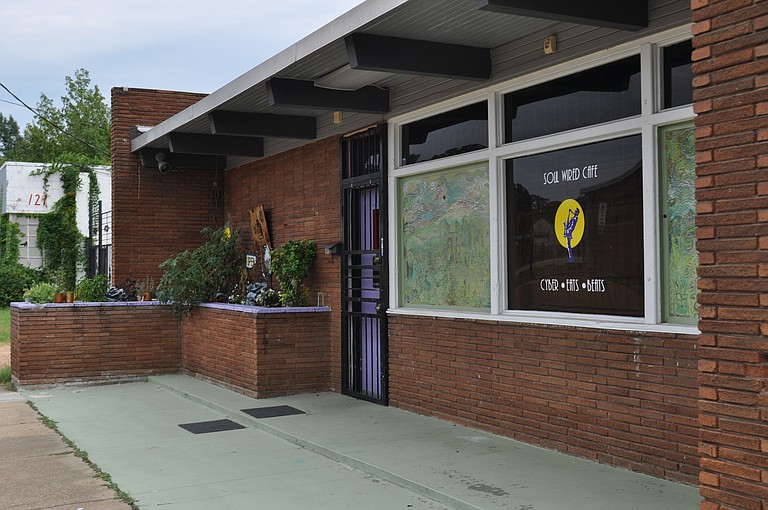 Two intricate Mike Schofner murals of Jackson and Midtown adorn the outside of Soul Wired Café. Inside are more Schofner paintings for sale. The art hanging in the front room along with the graffiti covering the inside walls immediately indicate that Soul Wired Café is a place for the artistic crowd. Stacey "Soul" Winters opened the café in April, and business is doing well. With the help and support of fellow Jacksonians, she expects to do even better in the near future.

"I don't think I'm like anybody (in Jackson)," Winters says about herself and Soul Wired Café. "... I'm not in the business to be competitive." Instead, she just wants to have the best possible soulful environment.

Winters feels honored to have artists display their work at her establishment, so she does it for free. If any of it sells, the money goes straight to the artist. Anyone can contribute to the graffiti walls. Winters will gladly give you a permanent marker with which to make your mark.

"It is a Bohemian-style venue, and everything here is recycled and was found throughout the city of Jackson," Winters says.

The majority of the items that fill this eccentric establishment are handmade, and she shops at N.U.T.S. (Neat Used Things for Sale)—the most comfortable couch in the room cost only $15. Winters built the stage, which is in the corner of the room, and the crate-like benches. "In order to save money, you have to do it yourself," she says.

Winters also has an organic garden out front where she grows oregano, cabbage and banana peppers, and she doesn't mind sharing. "People drop by and grab something when they need something to cook with," she says.

Winters was born in a small town right outside of Kosciusko and moved to Kansas when she was 19 years old. It wasn't until 1998 that she moved to Jackson and began focusing more on the arts. Since then, she has held private spoken-word events and an after-school program where she tutored kids, helping with their homework, and introduced them to different forms of art.

Soul Wired Café is Winters' dream. She used money that she saved while working at Comcast to start the business. "I stepped out on faith," she says. She wanted a place for people to be able to mingle without the hard concert vibe.

The next Build Soul's Kitchen Music Festival is Sept. 15. Visit Facebook or Twitter for more details. Soul Wired Café (111 Millsaps Ave., 601-863-6378) has a full bar with bar food for sale. It is available to be rented out for different events such as parties, photo shoots and cultural events.