The University of Mississippi women’s basketball team finished fourth in the conference standings during the regular season. That finish allows the Rebels to earn a double-bye in the 2022 SEC Women’s Basketball Tournament.

The University of Southern Mississippi has been picked as the preseason favorite to win the baseball crown in Conference USA. The league coaches gave the Golden Eagles six first-place votes, by far the most of any team.

Both teams playing in Super Bowl LVI haven’t fared too well in big games past. The Cincinnati Bengals are 0-2 in the Super Bowl and the Los Angeles Rams are 1-3 moving from two different cities.

A handful of players in Super Bowl LVI have ties to the Magnolia State. Most played college football in Mississippi and a couple left the state after successful high-school careers to play during college.

This Monday, Jan. 24, MSU star and leading scorer in the SEC Rickea Jackson announced she was entering the NCAA Transfer Portal. Jackson was averaging 20.3 points and 6.8 rebounds in the 15 games she appeared in this season.

Mississippi State University is losing its record breaking wide receiver after just one season with the program. Redshirt sophomore wide out Makai Polk has announced he will enter the 2022 NFL Draft.

The University of Mississippi enjoyed its first 10-win regular season in school history. Head coach Lane Kiffin brought his high-powered offense to Oxford and retooled the defense in just this second season.

The University of Mississippi women’s basketball team is off to a red-hot start this season. The Rebels dropped the opening game of the season and haven’t lost a game since. UM is off to a 13-1 start coming out of conference play.

Freshman Denae Carter has played a major part in the Bulldogs’ outstanding non-conference play, with Philadelphia, Pa., native Carter playing in all 12 games and starting in two so far this season.

CelticFest Mississippi was Sept. 9-11 at the Mississippi Agriculture and Forestry Museum. 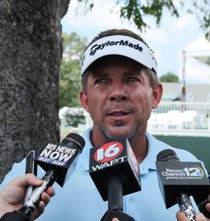