Runners, walkers, and spectators gathered downtown for the annual Mississippi Blues Marathon presented by BlueCross BlueShield of MS. It was held on January 11, 2014. 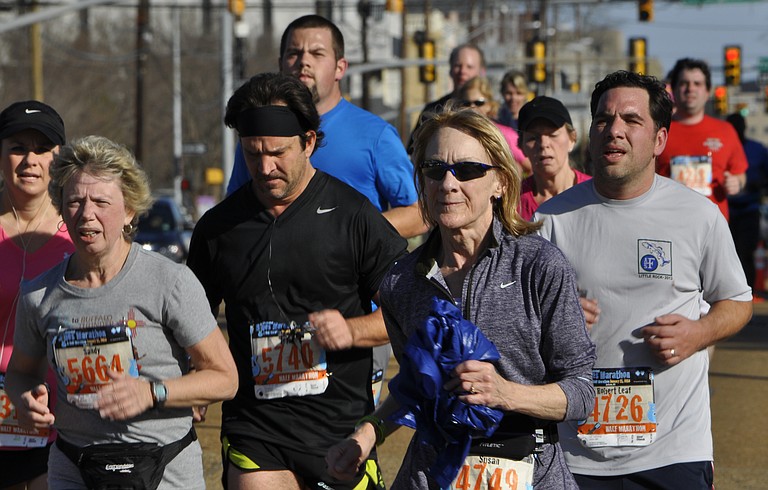 Runners were pacing themselves on South State street. 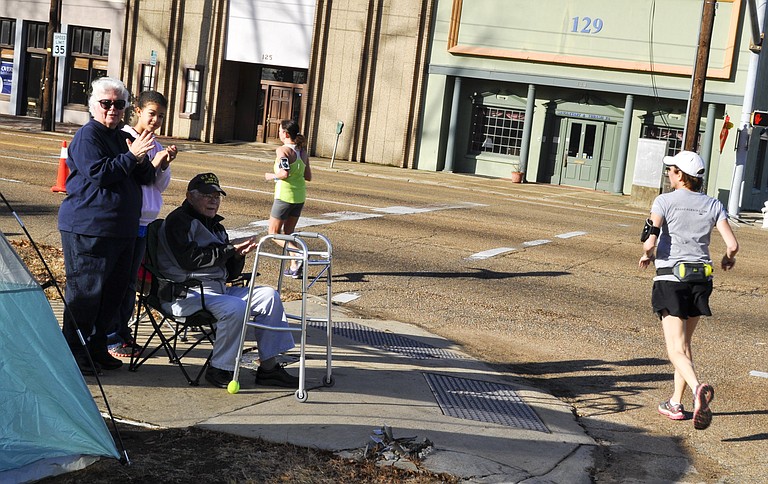 One of the best aspects of the marathon is all the fine folks that camp and line up around the race. They cheer and encourage the runners to "keep it up!" 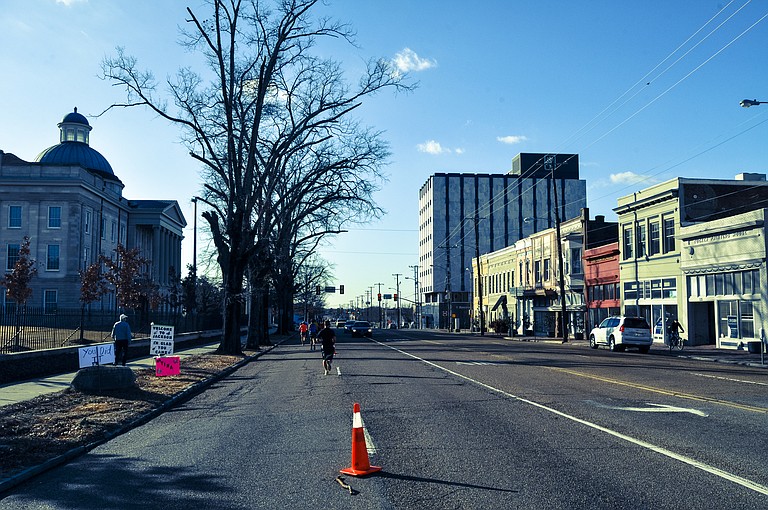 Perfect weather for a race. 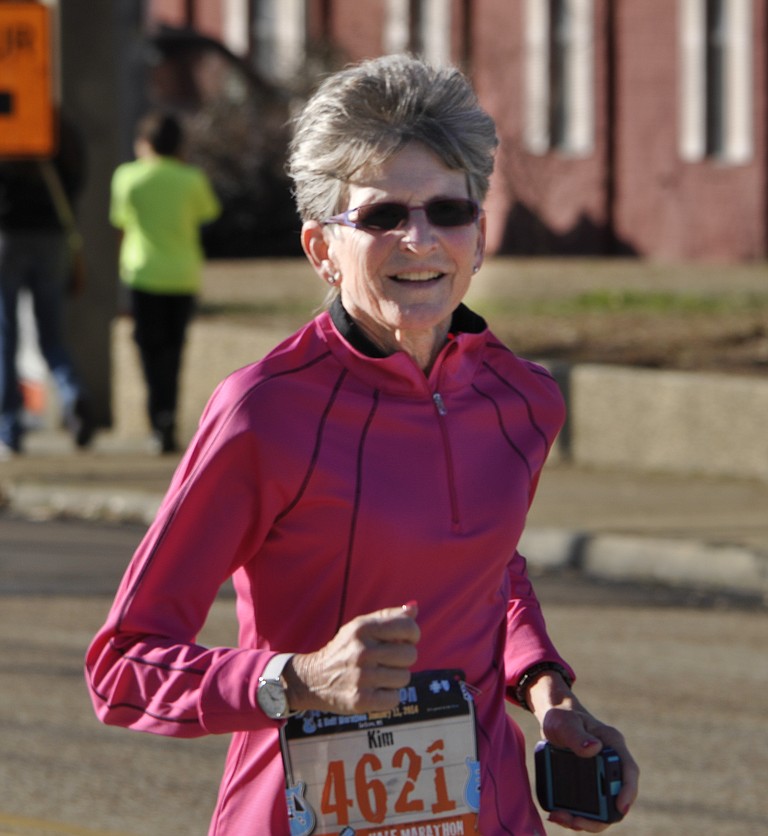 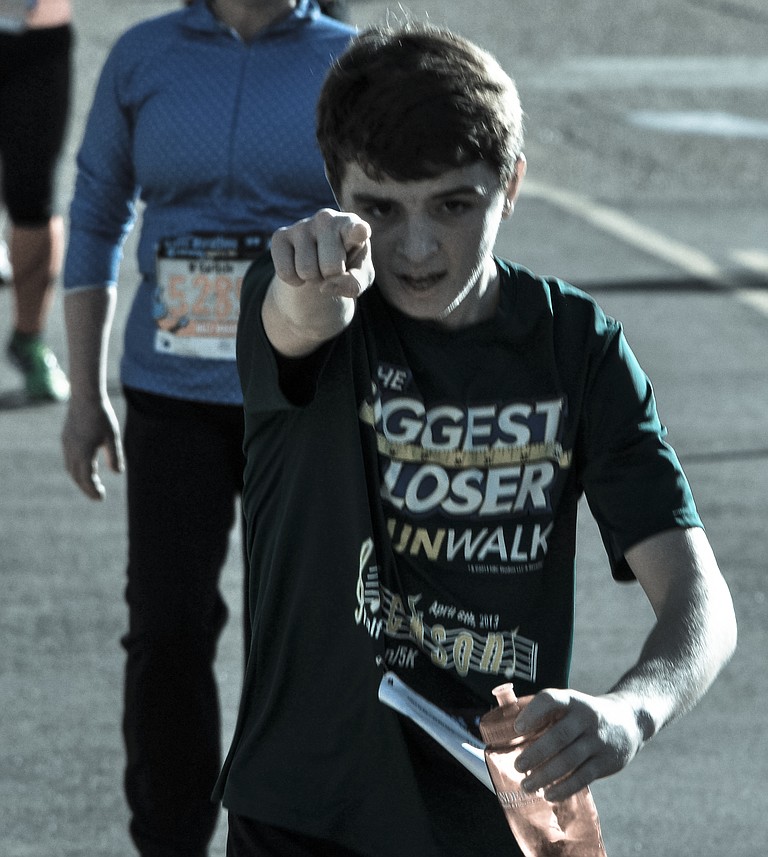 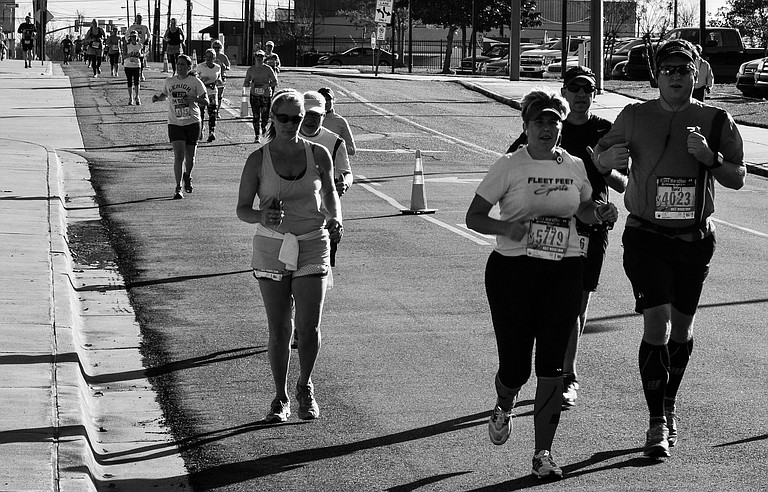 “Some people train knowing they’re not working as hard as other people. I can’t fathom how they think.” -Alberto Salazar 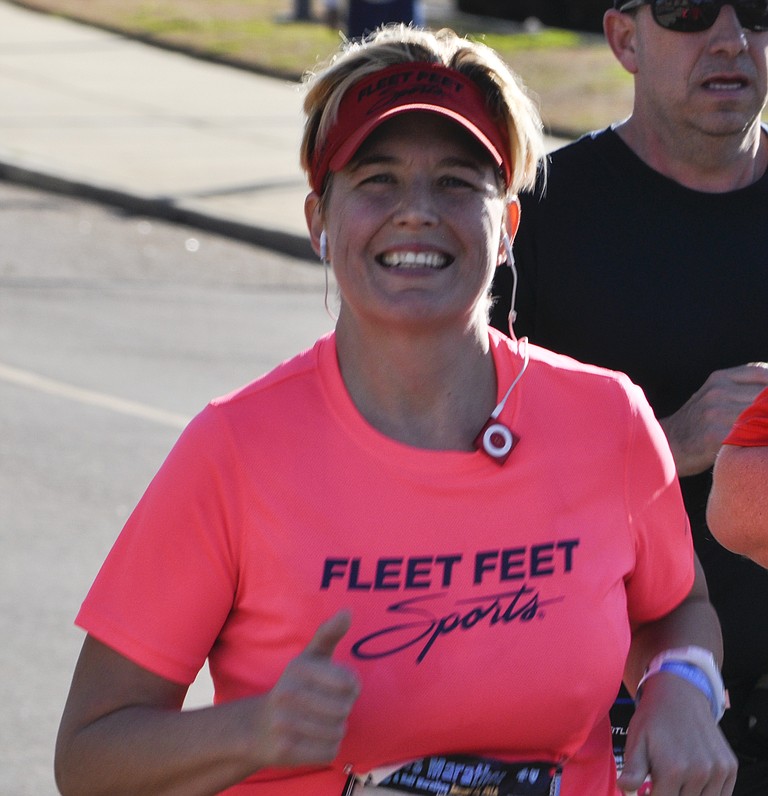 “The will to win means nothing if you haven’t the will to prepare.” – Juma Ikangaa, 1989 NYC Marathon winner 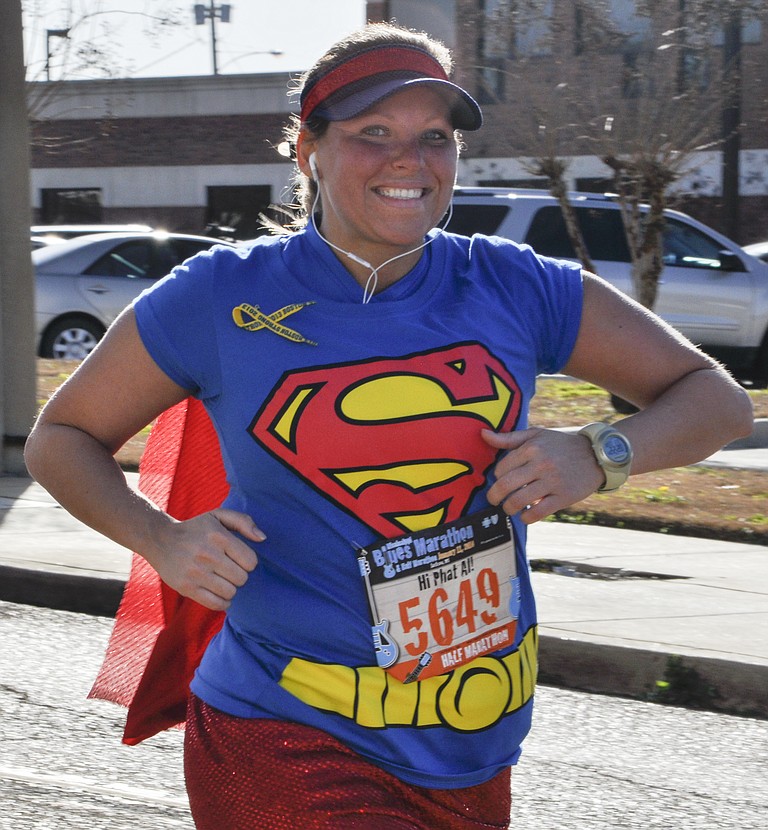 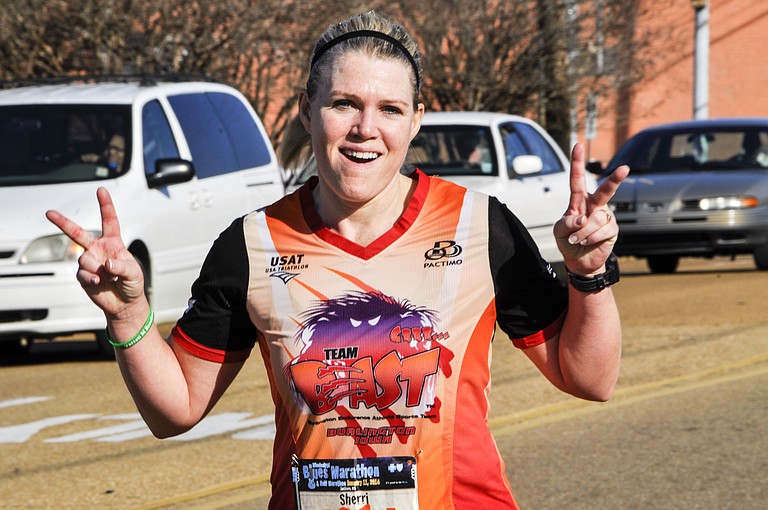 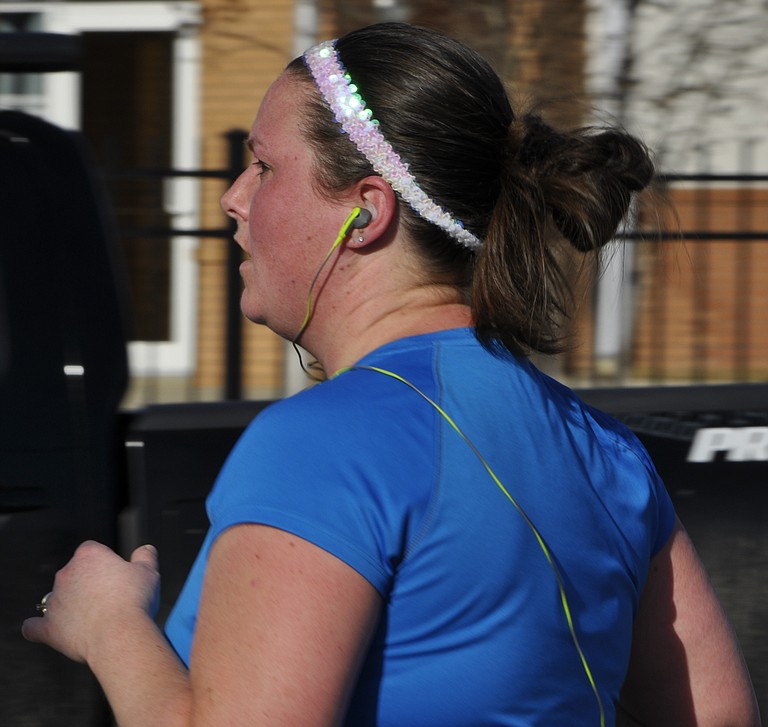 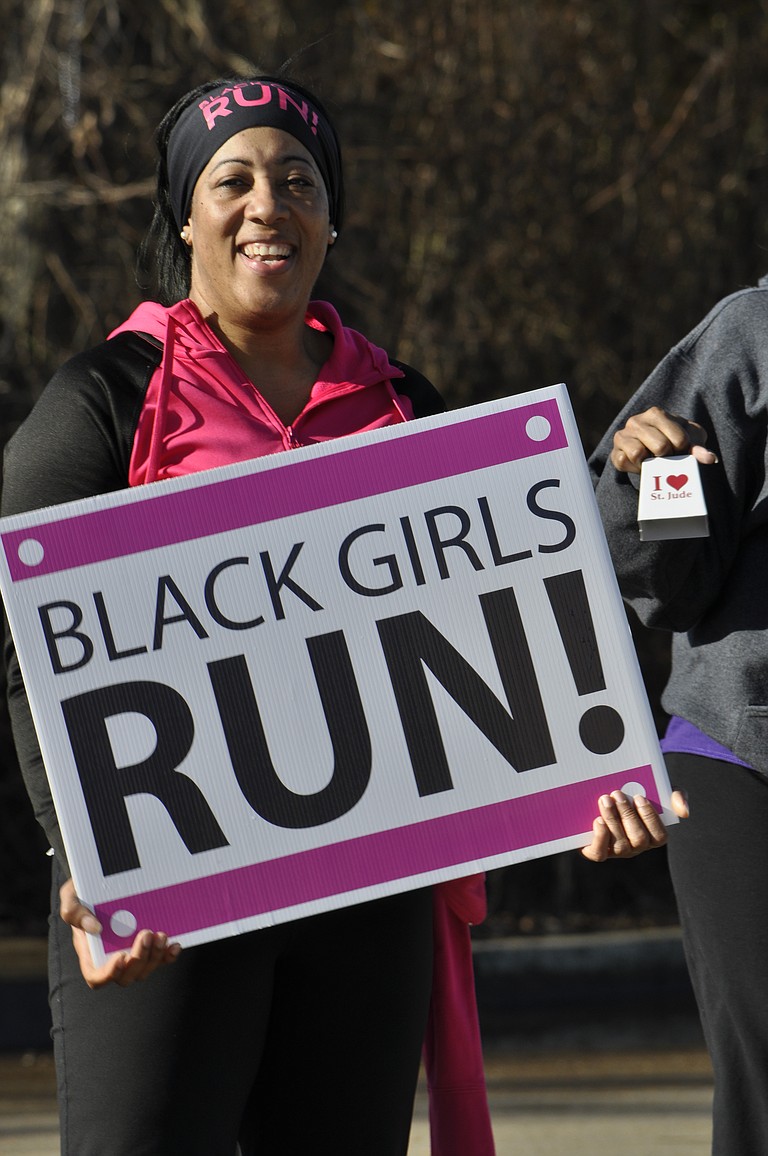 I'm not going to argue! 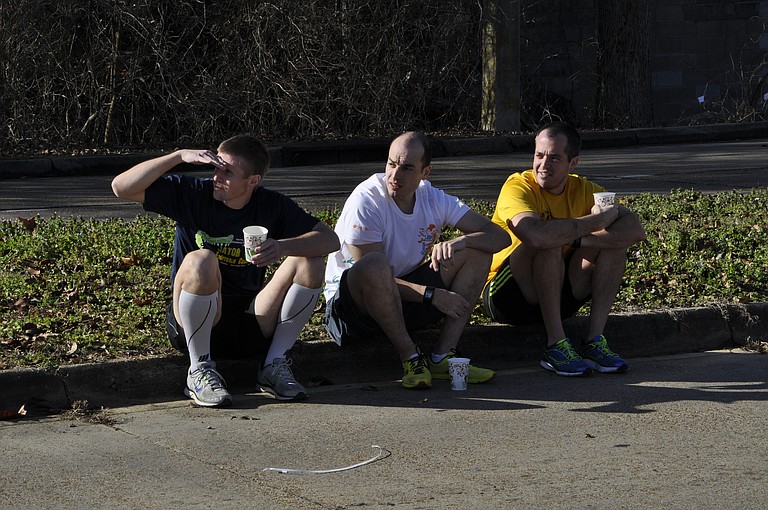 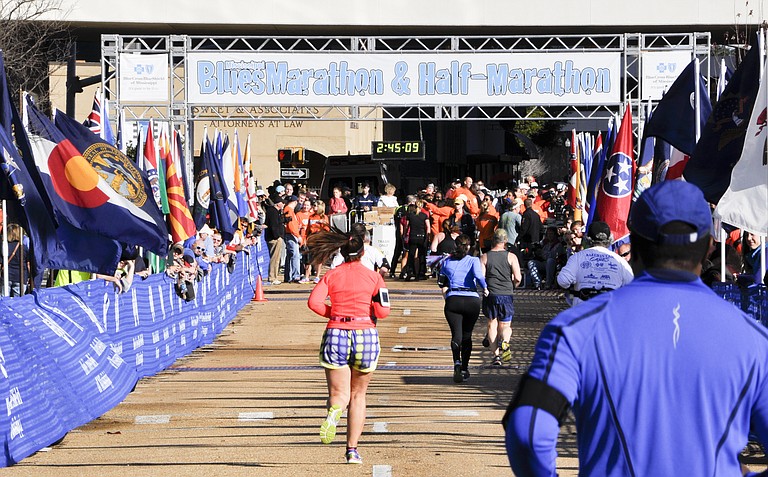 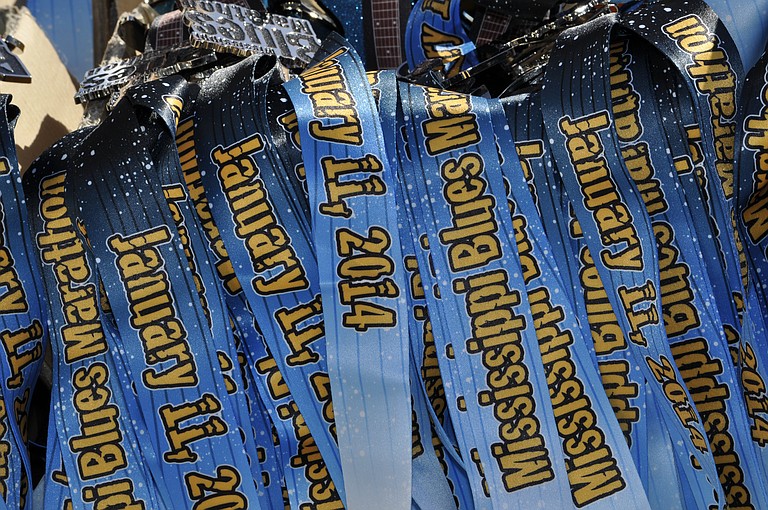 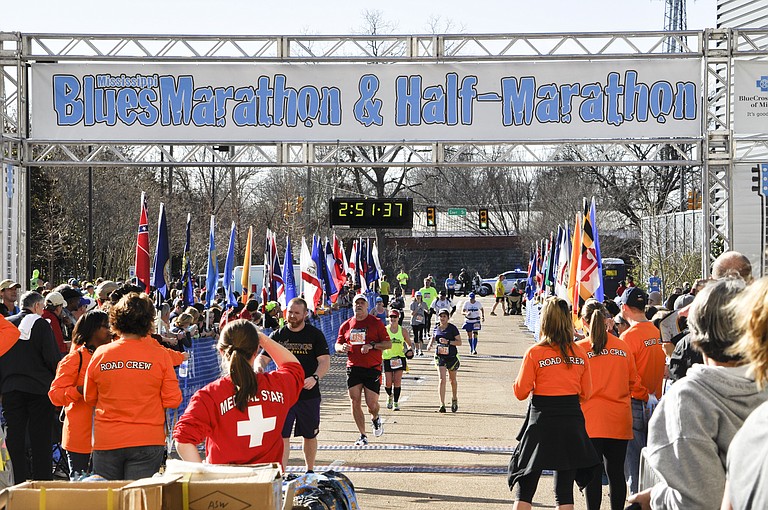 “It’s very hard in the beginning to understand that the whole idea is not to beat the other runners. Eventually you learn that the competition is against the little voice inside you that wants you to quit.” – George Sheehan 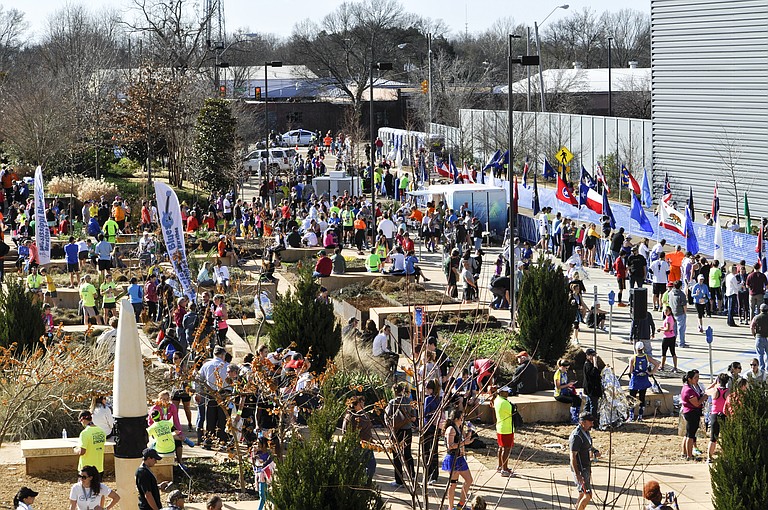 The finish line was at the Mississippi Museum of Art. 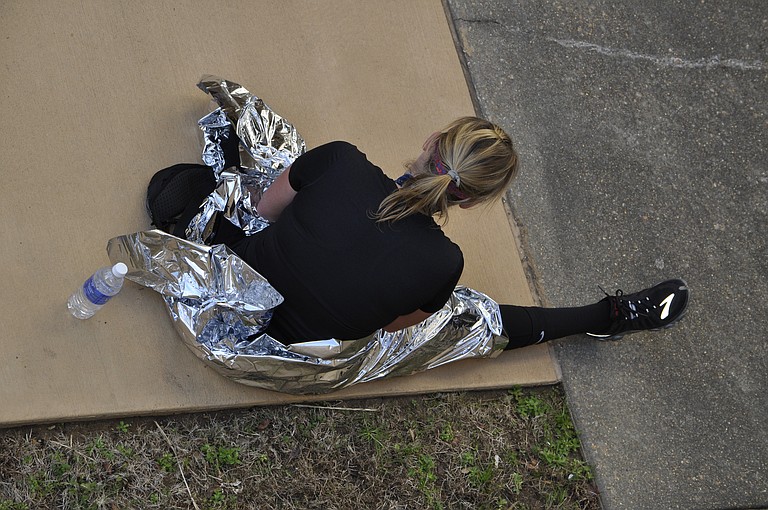 “You only ever grow as a human being if you’re outside your comfort zone.” -Percy Cerutty 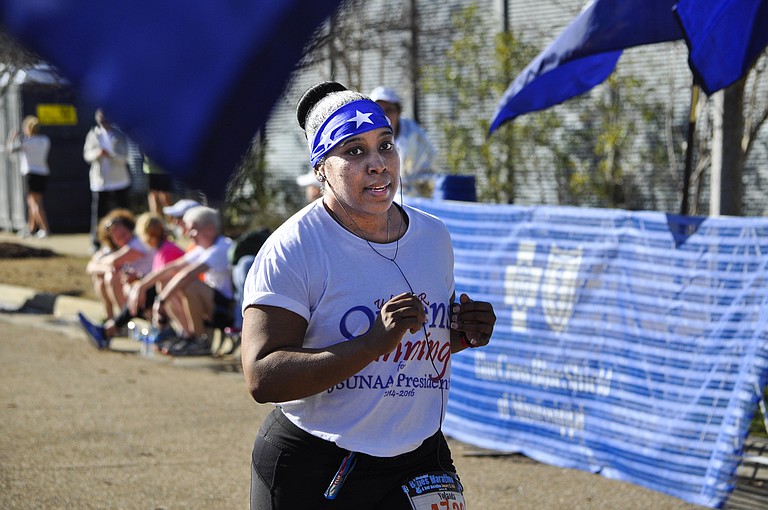 “Mental will is a muscle that needs exercise, just like the muscles of the body.” -Lynn Jennings 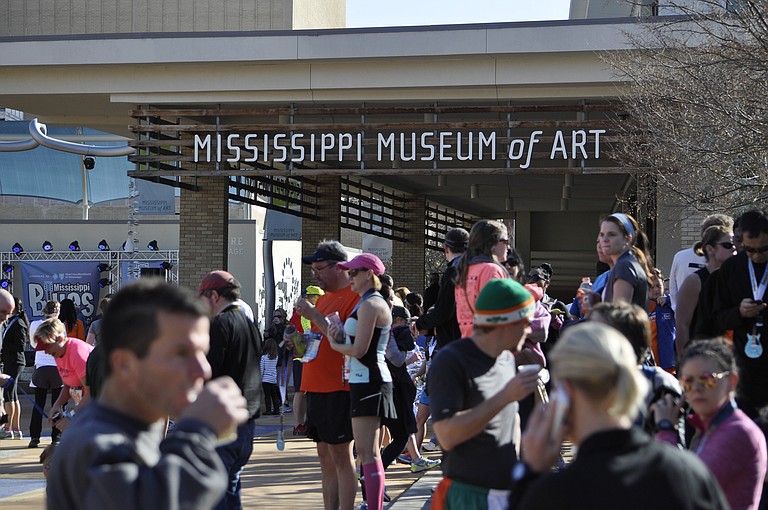 “To move into the lead means making an act requiring fierceness and confidence. But fear must play some part…no relaxation is possible, and all discretion is thrown into the wind.” -Roger Bannister 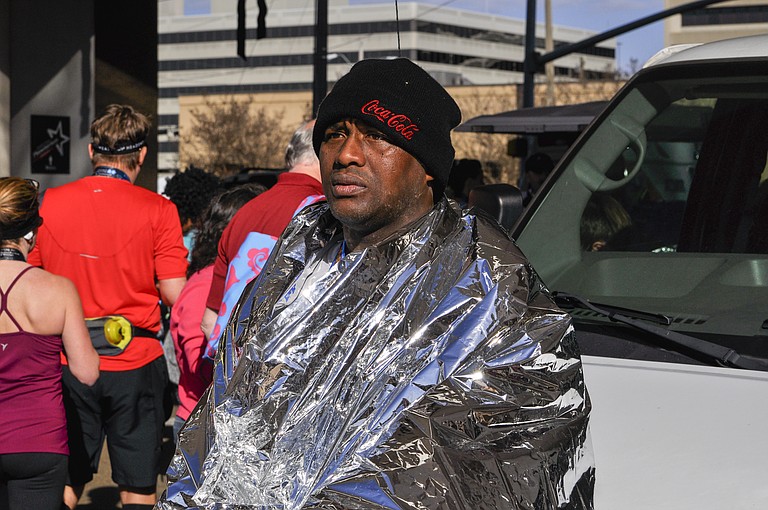 “Somewhere in the world someone is training when you are not. When you race him, he will win.” – Tom Fleming’s Boston Marathon training sign on his wall