Many juvenile "offenders" are routinely sent into a separate labyrinth from adult offenders in the justice system, one with its own complex problems, remedies and slowly changing standards.

A major part of our mission at the Jackson Free Press is to highlight the positives in the metro area. These 14 teens plus this week's Jacksonian are part of how we achieve that.

The Doo Dah Day Planner: Your Guide to the 2016 Zippity Doo Dah Weekend

With the sheer number of events set for Fondren's Zippity Doo Dah Weekend, which takes place Friday, April 1, and Saturday, April 2, this year, it's tough to commit it all to memory. Here's a forecast of upcoming ZDD activities to make sure you don't miss out on the fun.

Legally, under federal and state law, taxpayers are entitled to full access to what governments employees are doing at pretty much all times, and with few and specific exceptions.

In 2015, the association spent more than $13,000 to send nine lawmakers and the state's banking commissioner to the convention.

Rep. Karl Oliver, R-Winona, made waves last week when he told a Mississippi resident that he "could care less" about her concerns about budget cuts, suggesting she leave Mississippi, in a response to an email she sent to all representatives in the House.

Payday and small business lenders are not always welcome business development on the municipal level, in no small part because of the cycles of poverty easy-to-obtain, high-interest loans can feed.

Transparency in the City

Several new technology additions to the City of Jackson will hopefully open up the records of a municipality that has of late been plagued by what some city leaders called "hiccups."

What Is ‘Common Core’ All About?

The Common Core, a set of math and English language arts standards that spells out what skills students are expected to master in kindergarten through 12th grade, will be rolled out in every Mississippi school this year.

To say Robert St. John is modest about what led to his success is to put it lightly. The Hattiesburg, Miss., native insists he "sort of fell backward" into the overwhelming success he's enjoyed as a chef, restaurateur, author, businessman and philanthropist.

Photos of the characters and places in R.L. Nave's story REBEL LAND: A Racial History ...

The photos and artwork of Issue 11. 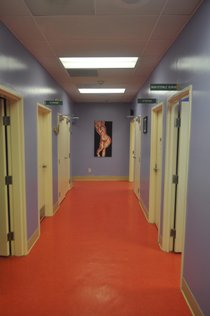 Inside the Abortion Clinic