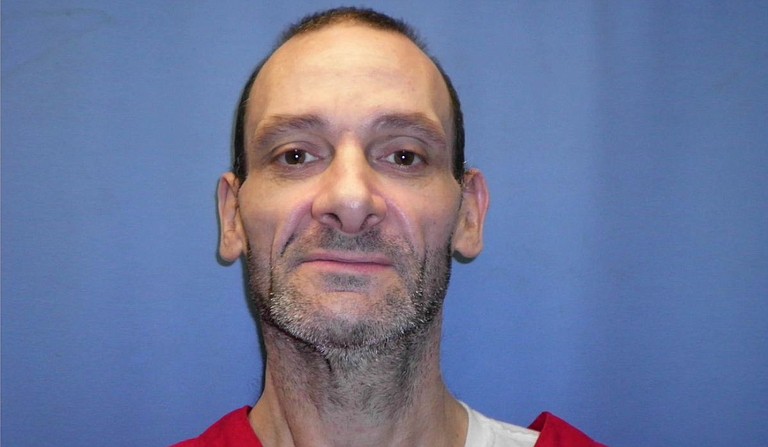 David Neal Cox pleaded guilty in 2012 to killing his wife, Kim, in May 2010 in the northern Mississippi town of Shannon. Photo courtesy MDOC

JACKSON, Miss. (AP) — The Mississippi Supreme on Thursday set a Nov. 17 execution date for an inmate who withdrew his appeals and once filed court papers calling himself "worthy of death.”

Mississippi has not had an execution since 2012, and it had six that year.

David Neal Cox pleaded guilty in 2012 to killing his wife, Kim, in May 2010 in the northern Mississippi town of Shannon. According to court papers, Cox shot his wife twice and then sexually assaulted his stepdaughter in front of a dying Kim Cox while police negotiators and relatives pleaded for her life. David Cox pleaded guilty to sexual battery, kidnapping and other crimes without making a bargain with prosecutors that precluded the death penalty. A jury sentenced him to death.

Court records show Cox sent a handwritten letter to the district attorney in July 2018 saying “if I had my perfect way & will about it I’d ever so gladly dig my dead sarkastic wife up whom I very happilly and premeditatedly slaughtered on 5-21-2010 & with eager pleasure kill” her again.

Cox wrote to the chief justice of Mississippi Supreme Court in August 2018 saying he wanted to fire his lawyers, relinquish all appeals and have the state Supreme Court set his execution date.

In the ruling Thursday, justices wrote that in November 2018, Cox filed court papers saying “I am worthy of death” and asking to be executed.

Justices ordered the circuit judge to hold a competency hearing. Attorneys representing Cox argued he was mentally ill and not competent to waive his appeals. They also argued it would be unconstitutional for the state to execute him.

In 2006, the Mississippi Supreme Court allowed another death row inmate, Bobby Glen Wilcher, to end his appeals. He was executed in October of that year. Wilcher had been convicted in the 1982 stabbing deaths of two women.

Mississippi and several other states have had trouble finding drugs for lethal injections in recent years since pharmaceutical companies in the United States and Europe began blocking the use of their drugs for executions.

Attorneys for the Roderick & Solange MacArthur Justice Center sued the Mississippi prison system in April 2015 on behalf of two death row inmates, saying the state’s lethal injection protocol is inhumane. Papers filed in that lawsuit in July showed that the Mississippi Department of Corrections has been making efforts to acquire lethal injection drugs.