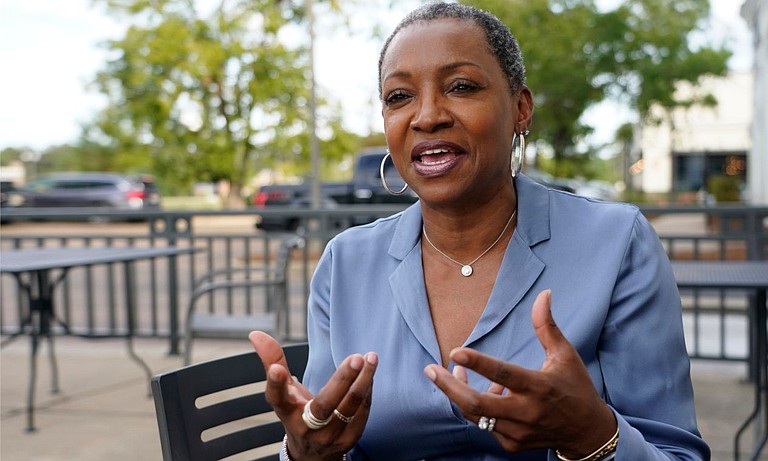 The problem centers on “heirs' property,” which is passed down without a will, resulting in the land being owned in common by multiple family members. Such land can lack proper legal documentation, making it vulnerable to being taken over by others or lost when property taxes are not paid on time.

“In Mississippi, underserved groups — primarily Black families — have involuntarily lost hundreds of thousands of acres of land because of discriminatory legal and extralegal actions carried on over the course of many years,” said Vangela M. Wade, president and chief executive officer of Mississippi Center for Justice.

The center will provide aid to families who cannot afford their own legal representation to establish clear documentation of land ownership. Wade said participants must agree on what they want to do with the land.

“We will not be involved in any family disputes,” she said.

During a presentation to announce the project Thursday, a video made by Mississippi Center for Justice highlighted the story of siblings Henry Robbins, Gwendolyn Robbins Pratt and Florine Robbins Stewart.

They grew up in Winston County on land bought by their grandfather and father. When their parents died, the three siblings were among 14 survivors who became owners of 350 acres (142 hectares). Stewart said, though, that a man claimed ownership of one acre, and that caused problems for the family’s plan to use the timber resources.

“I don’t understand how someone can come in and go to the tax assessor’s office and put their name on somebody’s property,” Stewart said.

She said that man's action caused problems for her family.

“We can’t do what we want to with the property that we own,” Stewart said.

World Wildlife Fund and Kimberly-Clark, a company that makes paper products, are providing financial support for the two-year legal aid project in 49 Mississippi counties that are in the Mobile Bay Basin. The counties encompass most of the eastern half of the state, down to the Gulf Coast.

To reach families, Mississippi Center for Justice will follow practices used by the Center for Heirs’ Property Preservation, which was founded in South Carolina in 2005.

Jennie L. Stephens, CEO of the Center for Heirs’ Property Preservation, said heirs’ property is one of the major reasons African Americans have lost what their parents and grandparents owned.

“This is an unstable and risky way to own land,” Stephens said.

Lisa Morden is vice president of safety, sustainability and occupational health for Kimberly-Clark, which has facilities in Corinth, Mississippi, and Mobile, Alabama. Morden said the company relies on forests in the southern U.S. that are being lost to “unsustainable development at an increasing rate," and heirs' property could be particularly vulnerable to be taken for development.

“Helping these property owners secure clear title to their ancestral land enables them to protect and care for and benefit from that land while also enabling the responsible forest management,” Morden said.

Kerry Cesareo, senior vice president of forests for World Wildlife Fund, said the Mobile Bay Basin is one of the most biodiverse wood-producing regions in the U.S., and it is projected to lose 23 million acres (9.3 million hectares) by 2060.

“We have to prevent the exploitation of families and their land if we want to prevent forest fragmentation and loss in this country and mitigate the worst effects of climate change,” Cesareo said.