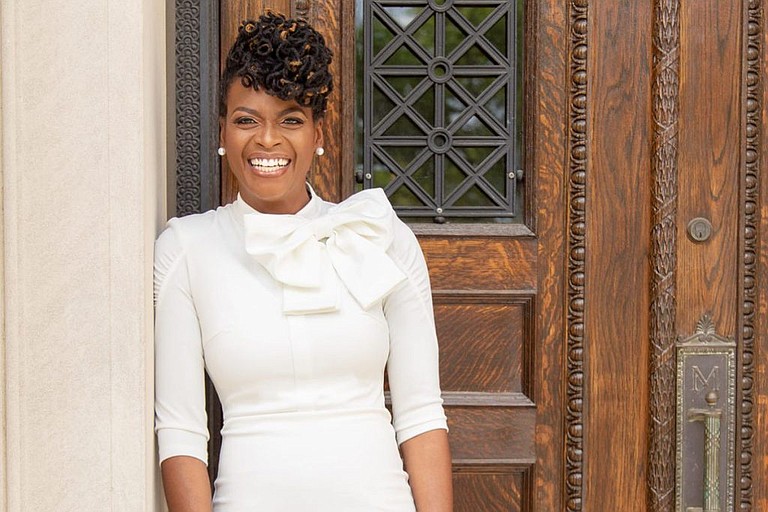 Five months before he was assassinated in Dallas, President John F. Kennedy signed the Equal Pay Act of 1963 into law, which aimed to prohibit wage disparities between the sexes. In 1963, Sandra Day O’Connor was still 18 years away from her 1981 Supreme Court appointment, and only two women held a seat in Congress. In his remarks after signing the law, Kennedy called the widespread practice of paying working women less than their male counterparts “unconscionable,” pledging to close the pay gap that, at the time, hovered around 40%.

Nearly six decades later, Mississippi is the only state in the union with no equal pay law, but the Mississippi Senate’s Labor Committee took up the issue once again on Sept. 29, hosting a public meeting where the committee heard from advocates for pay equity, who all agreed that Mississippi’s conspicuous lack of a law to protect half of its workforce was damning.

Whitney Lipscomb, the deputy of Attorney General Lynn Fitch, said that the pay disparity in the Magnolia State should be a bipartisan issue, citing Alabama’s 2019 passage of the Clark-Figures Equal Pay Act, which Republican Gov. Kay Ivey signed into law. Lipscomb noted that the Mississippi Legislature had failed to pass a similar bill during the last legislative session, as Senate Bill 2522, sponsored by two Republicans and two Democrats, died in committee last summer.

“Full-time working women could be contributing to our economy,” Lipscomb stated, emphasizing that she was espousing the beliefs of Attorney General Fitch, who could not be present at the meeting due to a prior engagement. The deputy attorney general went on to remark that the pay gap in Mississippi was roughly 27%, only 13% less than it had been when Kennedy signed the Equal Pay Act into law.

“Is that 27% representative of the private sector?” an off-camera committee member asked Lipscomb at the close of her remarks.

‘They’ve Been at Work’

Cassandra Welchlin, the executive director of the Mississippi Black Women’s Roundtable, said that the 27% wage gap that Lipscomb mentioned was worse when broken down demographically, as only white women earn 75 cents to every dollar a man makes in Mississippi. For Hispanic women, the number falls to 63 cents, with Black and Native American women lagging even further behind, bringing in 56 cents and 59 cents, respectively, for every dollar a man is paid.

“The statistics only tell part of the story,” Welchlin warned, noting that working women in Mississippi constitute 49% of the overall workforce in the state. And while the number of men in the state workforce is slowly creeping back up after the downturns of the COVID-19 pandemic, Welchlin said that the number of women at work in the state has remained relatively stable.

“Women aren’t returning to work,” Welchlin stated. “They’ve been at work. They are the essential workers.” Despite such resilience during the pandemic, she says that it is still common practice for employers to ask female employees about their previous salaries, which Welchlin says only feeds workplace disparities.

“We already know that she didn’t start with the right salary anyway,” Welchlin concluded.

‘How Much My Family Had Lost’

Lilly Ledbetter, the plaintiff in Ledbetter v. Goodyear Tire and Rubber Company, also joined the Mississippi Senate Labor Committee meeting via Zoom. Ledbetter’s southern accent signalled to listeners that she was intimately familiar with the Deep South’s lackluster labor practices, and her story confirmed it. Ledbetter brought a lawsuit against her former employer when an anonymous tipster made her aware of just how egregious the pay gap was at her Gadsden, Ala., plant.

“I wasn’t earning what my male counterparts were earning, but I didn’t know that,” Ledbetter recalled. The Goodyear facility warned employees against discussing wages, calling it a “fireable offense,” and Ledbetter kept the enforced, company-wide silence as she rose through the ranks at Goodyear, becoming a supervisor before achieving her final rank of an area manager.

After becoming an area manager, a position she shared with two other men, a male employee left a note in Ledbetter’s locker pointing out the difference between what she was making and the salary that her male counterparts were making. Despite the fact that the three employees did exactly the same labor, Ledbetter’s salary was a fraction of what the men earned..

“The first thing I thought about was how much my family had lost,” Ledbetter said.

She had thought that the law passed during the Kennedy administration protected her from such wage disparities, but Ledbetter said the tipster opened her eyes to an ugly truth: “It doesn’t matter how many laws you have if there’s no overseeing of them.”

The discrepancy in pay was about far more than salary, as Ledbetter said that her 401K, Social Security and pension would all suffer from the 19 years she spent making a percentage of what her male coworkers were bringing home to their families.

In 2003, more than five years after Ledbetter brought the initial lawsuit against Goodyear, she was awarded $3.8 million, but for Ledbetter, the damages are too little, too late. “When it’s gone, it’s gone,” Ledbetter said. “And (pay disparity) is an epidemic and a family affair.”

‘Alices’ in Every County

United Way Representative Ira Murphy said that Ledbetter’s warning for Mississippi to offer women the guarantee of equal payment under the law has never been more dire, as the foundation’s recent “Alice Report” highlights the grim effects of wage disparity on working women in Mississippi.

The report indicates that “alices” across the state—asset-limited, income-constrained employees—are nearly always breadwinners for their families, and increasingly often, women are the sole breadwinners. “There is no county in Mississippi in which the majority or even half of female head-of-households are above the ‘alice’ threshold,” Murphy proclaimed.

With wage disparities affecting 49% of the state’s workforce and making the “alice” threshold a sometimes-insurmountable one, the Mississippi Legislature is set to once again take up the issue in the coming Legislative session. Sen. John Hohrn, D-Jackson, is pledging to reintroduce a version of legislation that his colleagues and predecessors have axed in the Legislature for the last 58 years.

Cassandra Welchlin reminded the committee that the eyes of Mississippians will be upon them as they undertake this work, saying, “I want to recognize the students, professors, allies and advocates who are watching this across the state. … They know that women are the drivers for their families and the broader Mississippi economy.”

The Mississippi Senate Labor Committee is a bipartisan group that John Hohrn chairs, with Terome Frazier serving as vice-chair. Joel R. Carter Jr., Kathy L. Chism, Sarita Simmons, Melanie Sojourner, Jeff Tate, Bart Williams and Tammy Witherspoon are all members of the committee. You can reach out to these legislators via email regarding the proceedings of the committee and any future legislative action on wage disparity in Mississippi.