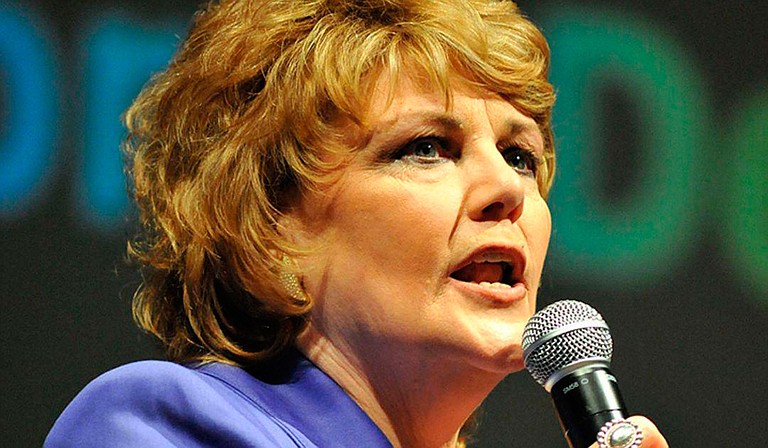 Madison Mayor Mary Hawkins Butler sued the state days before the 2020 general election, arguing that Initiative 65 was not properly on the ballot. Photo courtesy MHB4Auditor

JACKSON, Miss. (AP) — Mississippi legislators can do business the easy way or the hard way if they revive the state's initiative process that was recently invalidated by a state Supreme Court decision.

The easy way would be to adopt the same process that Mississippi has used for decades, tweaking it only to resolve a problem pointed out in the court ruling.

The hard way would be to open the process for lots of debate that could muck up an already complex system and make it even more burdensome for citizens petitioning to put issues on the statewide ballot.

The biggest area for legislative mischief could be in increasing the number of signatures needed on petitions.

The initiative process is in Section 273 of the Mississippi Constitution. It requires initiative organizers to gather a number of signatures equal to 12% of the total votes for all candidates in the most recent election for governor.

Legislators could make the initiative process harder by either increasing that 12% margin, or by keeping the same percentage but applying it to the state's turnout for the presidential election, which is traditionally higher.

Legislators could also tighten the timeline. Organizers now have a year to gather signatures, and most initiatives never make it to the ballot because organizers fail to get enough people to sign. A shorter timeline would make the effort even harder.

The Supreme Court heard arguments about the initiative process because that was the central focus of a lawsuit that sought to block a medical marijuana proposal.

Madison Mayor Mary Hawkins Butler sued the state days before the 2020 general election, arguing that Initiative 65 was not properly on the ballot.

Butler opposed Initiative 65 because it would have limited cities’ ability to regulate the location of medical marijuana businesses, but her court arguments had nothing to do with zoning. Instead, her attorneys questioned the validity of the signature gathering process.

Mississippi requires initiative sponsors to collect one-fifth of their petition signatures from each congressional district. The process was set in the 1990s, when Mississippi had five districts. The state dropped to four districts after the 2000 census because of stagnant population, but legislators ignored attempts to update the initiative requirements.

Recognition of the five districts/four districts problem is not new. The state attorney general issued a legal opinion in 2009 saying initiative sponsors should collect signatures from the five old districts.

Butler's attorneys argued that because Mississippi has four current districts, it makes no sense to use the five old ones. They also said the constitution creates a mathematical impossibility: With four districts, more than one-fifth of the signatures must come from each.

State attorneys argued that congressional districts have multiple purposes. They are used to elect members of the U.S. House, but the current or old districts are also used for choosing members to some state regulatory boards.

A majority of justices agreed with Butler in the May 14 ruling.

Before the that Supreme Court decision, Mississippi was one of the 24 states with an initiative process, according to the National Conference of State Legislatures.

About 1.3 million people voted in Mississippi in November, and more than 766,000 of them voted in favor of the medical marijuana proposal. That’s about 10,000 more residents than voted the same day for then-President Donald Trump, who easily won in Mississippi despite losing his race for a second term.

More than 200 supporters of medical marijuana protested last week near the Mississippi Capitol and the state Supreme Court building, and many of them also marched past the Governor's Mansion. They demanded that legislators create a medical marijuana program, and that the state revive its process for citizen-led initiatives.