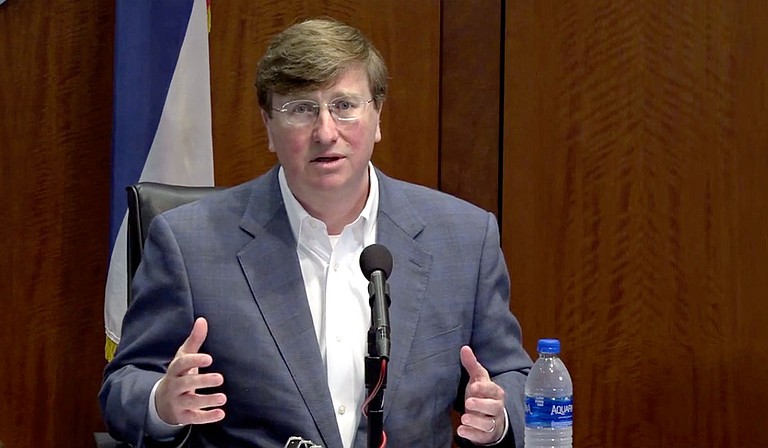 Mississippi Gov. Tate Reeves said he wants to increase coronavirus vaccinations rapidly in the month of February, ramping up the state's capacity for weekly inoculations to around 100,000. Photo courtesy State of Mississippi

Mississippi Gov. Tate Reeves said he wants to increase coronavirus vaccinations rapidly in the month of February, ramping up the state's capacity for weekly inoculations to around 100,000.

“We have to double the capacity of our state-run sites over the next nine days,” the Republican governor said Thursday during a news conference.

Reeeves said the state has received around 37,000 doses a week for the past three weeks from the federal government. Next week, that allocation is set to increase to 43,000. Officials are also in the process of redistributing some of the unused vaccine doses that was originally allocated to long-term care facilities.

This week, the state is scheduled to complete 30,000 first-dose vaccination appointments at the drive-thru sites. Next week, it's hoping to do 30,000 first doses and 17,000 second doses at those sites.

Vaccinations in Mississippi are currently available for those 65 and older, health care workers and those who are at least 16 and have health conditions that might make them more vulnerable to the virus.

Mississippi has a population of around 3 million.

People eligible to receive the coronavirus vaccine can try to make an appointment at COVIDvaccine.umc.edu or by calling the COVID-19 call center at 1-877-978-6453.