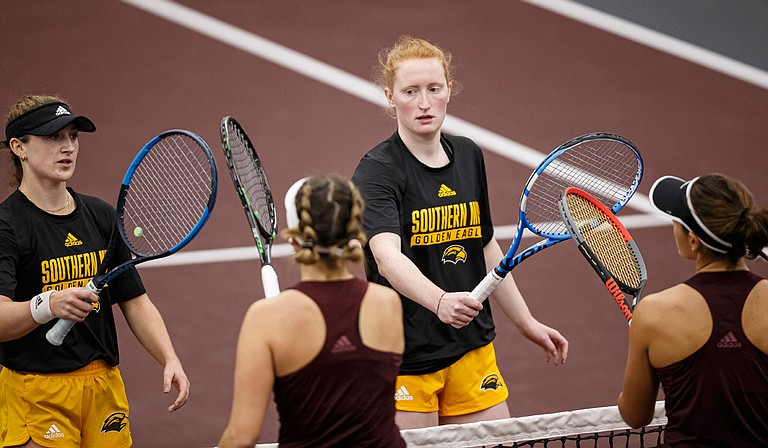 College athletes in Mississippi would be able to earn money from their own name, image or likeness, under a bill that cleared a state House committee Wednesday. Photo courtesy MSU Athletics

JACKSON, Miss. (AP) — College athletes in Mississippi would be able to earn money from their own name, image or likeness, under a bill that cleared a state House committee Wednesday.

Senate Universities and Colleges Committee Chairman Scott Bounds said all eight of Mississippi's public universities support the proposal, as does the governing board for the schools.

As Mississippi universities recruit athletes, "we need to be able to stay ahead of the curve on our out-of-state universities,” Bounds said.

A Florida law that takes effect July 1 will let student-athletes make money through contracts. A similar California law takes effect in January 2023. A small number of other states have also enacted such laws.

The NCAA, which governs intercollegiate sports, says that it is "best positioned to provide a uniform and fair name, image and likeness approach for all student-athletes on a national scale."

The NCAA and the Power Five conferences have been lobbying Congress to set nationwide standards for how college athletes could earn money from endorsements while also remaining amateurs. But the prospects of congressional action remain uncertain.

Bounds said the bill under consideration in Mississippi would not let student-athletes sign contracts that conflict with those held by the university they attend. For example, if a university has an Adidas contract, an athlete could not have a separate contract with other sportswear makers such as Nike or Russell.

House Bill 1030 passed the Universities and Colleges Committee on Wednesday. It goes to the House Judiciary A Committee for more discussion, and if it survives there, it will move to the full House.