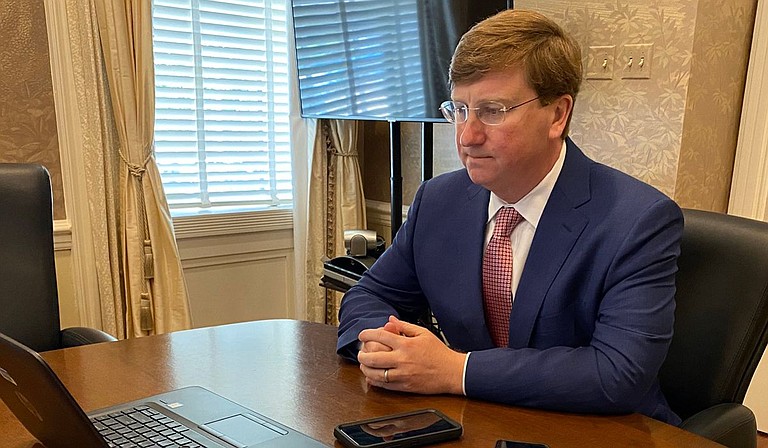 The state Board of Education meets Tuesday and could ask Republican Gov. Tate Reeves to declare an emergency, which would allow the state to take control of the Holmes County Consolidated School District. Photo courtesy Tate Reeves

JACKSON, Miss. (AP) — The Mississippi Commission on School Accreditation said Monday that an “extreme emergency” exists for schools in one of the poorest parts of the state because of lingering problems with financial management and academic performance.

The state Board of Education meets Tuesday and could ask Republican Gov. Tate Reeves to declare an emergency, which would allow the state to take control of the Holmes County Consolidated School District.

The commission determined the Holmes district is violating of 26 of 32 accreditation standards, jeopardizing the “safety, security and educational interests” of students, the Department of Education said in a news release.

The state Department of Education on April 15 appointed a financial adviser to oversee spending by the Holmes County schools. That action came after state auditor's office said the district had not supplied all necessary information for a financial review for the year that ended June 30, 2019.

The Department of Education conducted its own on-site investigative audit of the Holmes County schools from April 27 to July 23.

The school district said in a statement July 26 that Superintendent Debra Powell had made improvements since she was hired May 17. Those included hiring a new technology director and a new coordinator of science and math.

“It is the Board’s desire to make Holmes County Consolidated School District one of the best in the country," the district statement said. “We believe we now have the team of experts to make it a reality.”

The most recent state report card, for the 2019-20 year, showed two of Holmes County's six schools had a rating of F, and the other four had a rating of D. It also showed that nearly 42% of the teachers in the district had an emergency or provisional license, and 59% of teachers had at least four years' experience.