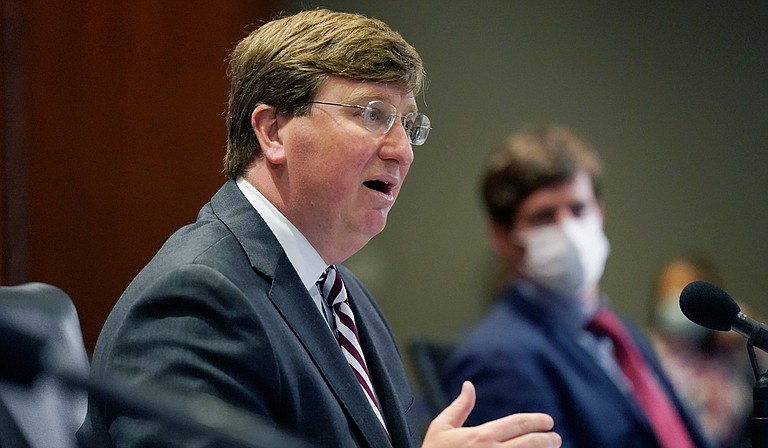 The report was released the day after Republican Gov. Tate Reeves signed a bill that will become law July 1 and make more inmates eligible for parole in a state with one of the highest incarceration rates in the nation. Photo by Rogelio V. Solis via AP

The Mississippi Department of Corrections logged 853 incidents of inmate-on-inmate assaults during the 2020 state budget year, which ended June 30. That was a 29% increase from the previous year.

The statistics are in a new report published Friday by PEER, the Joint Legislative Committee on Performance Evaluation and Expenditure Review.

The report was released the day after Republican Gov. Tate Reeves signed a bill that will become law July 1 and make more inmates eligible for parole in a state with one of the highest incarceration rates in the nation.

The U.S. Justice Department announced its investigation of Mississippi's prison system after some inmates were killed and others were injured during outbursts of violence in December 2019 and January 2020.

The Department of Corrections transferred some inmates out of Parchman in early 2020 after the violence and amid evidence of shoddy living conditions, including broken toilets and mildew-infested showers.

The inmates were taken to the privately run Tallahatchie County Correctional Facility. PEER showed that Mississippi spent $44 million on private prisons during the budget year that ended June 30, 2019. That increased to $53 million the following year because of the emergency transfer from Parchman to Tallahatchie. The report noted that no state inmates were in the Tallahatchie prison as of this February.

PEER said the Mississippi Department of Corrections measures recidivism based on the percentage of former inmates who return to prison within three years after their release. The department said Mississippi's recidivism rate exceeded 30% from the 2016 to 2020 budget years. The peak during that period was 37.4% in 2020.

During 2019 and 2020, less than 2% of the Department of Corrections' total spending was for intervention programs that are intended to reduce the chances that people will leave prison and eventually be sent back. PEER said the prison system has an opportunity to curb recidivism “by more strategically investing the limited resources currently expended on adult prison-based intervention programs.”

Twenty of the 21 facilities responded to PEER's request for information about intervention programs. The report said 19 facilities had treatment for alcohol and drug abuse, 17 had basic skills education, 16 had religious programs and services and 12 had vocational education.

PEER said the Winston-Choctaw County/Regional Correctional Facility did not respond to the request for information, and the regional facilities in Bolivar and Wilkinson counties provided lists of programs but did not provide spending information or participant data for all of them.

More than 50% of the money spent on prison-based intervention in Mississippi was for programs “with no known high-quality research supporting their effectiveness in reducing recidivism,” PEER said. The watchdog group recommended moving money into programs backed by research.