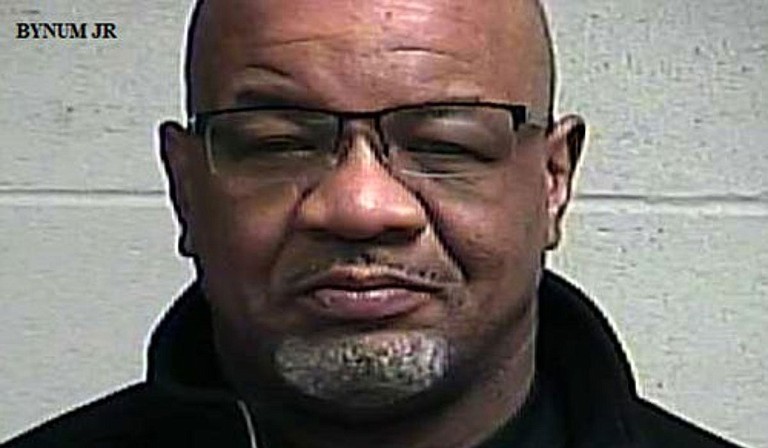 William Bynum Jr., 57, was among more than a dozen people arrested during the weekend in the Jackson suburb of Clinton, according to Clinton Police Chief Ford Hayman. Photo courtesy Clinton Police Department

JACKSON, Miss. (AP) — The president of Jackson State University resigned Monday after he was arrested in a prostitution sting in central Mississippi.

William Bynum Jr., 57, was among more than a dozen people arrested during the weekend in the Jackson suburb of Clinton, according to Clinton Police Chief Ford Hayman.

A news release from the Mississippi university system on Monday said Bynum submitted his resignation, and it took effect immediately.

Bynum is charged with procuring services of a prostitute, false statement of identity and simple possession of marijuana.

Hayman said during a news conference Monday that the people arrested were responding to an online ad for prostitution services, and they were met by an undercover police officer at a chain hotel near Interstate 20.

The chief was asked if Bynum tried to convince police he was someone else.

“Without getting into particulars, yes, he was charged with that—providing a false identity,” Hayman said.

Bynum had been president of Jackson State since 2017 after serving four years as president of Mississippi Valley State University.

Among the other people arrested was Shonda McCarthy, director of the Jackson State University art galleries. McCarthy, 46, was charged with procuring services of a prostitute and possession of marijuana while operating a motor vehicle.

The Associated Press left a message Monday with the communications office at Jackson State. The call was not immediately returned. It was also not immediately clear whether either Bynum or McCarthy is represented by an attorney.

Bynum faced protests from some alumni and students when he was first chosen for the Jackson State presidency because he was not among the three initial finalists. The university was having financial problems after overspending by a previous president. Bynum said the university would face three to five years of austerity.

The following is part of a verbatim release from the City of Clinton:

Over the weekend (February 7-8), Clinton Police Detectives conducted a prostitution sting. Contact(s) with offenders are made online through "dark web" sites, services and location at a local hotel were agreed upon.

The Clinton Police Department did not identify any patterns or activity to suggest that prostitution or human trafficking is prevalent in Clinton.