Signatures May Get Medical Pot on Mississippi 2020 Ballot 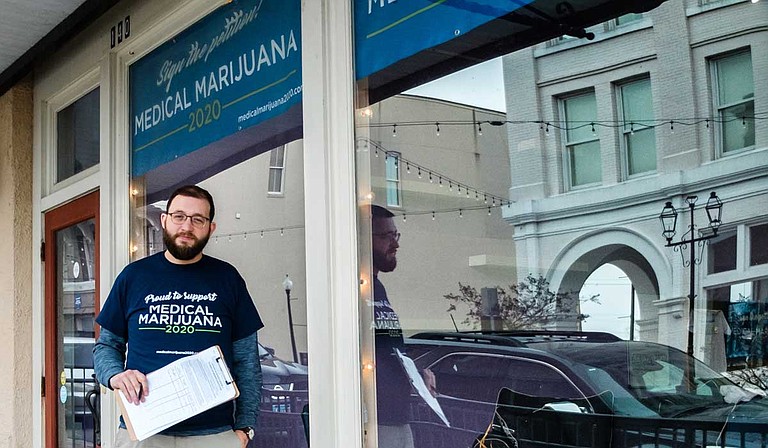 Jonathan Brown, who is heading Mississippi's Medical Marijuana 2020 signature drive, and activist Ashley Durval registered the initiative last year. The group has turned in more than 105,000 signatures to get the initiative on the ballot next year. Photo by Ashton Pittman

JACKSON, Miss. (AP) — A Mississippi group advocating for medical marijuana legalization has turned in more than 105,000 signatures to get the initiative on the ballot next year.

News outlets report Mississippians for Compassionate Care submitted the signatures Wednesday to the secretary of state's office, which now must review and certify the signatures.

Durval's daughter, Harper Grace, hasn't been able to receive marijuana extract oil for treatment of her rare form of epilepsy. A 2014 law named for Harper Grace nixed the oil from the state's banned substances list.

The group is confident voters will support the measure. Others, including Gov. Phil Bryant, say there's a lack of scientific evidence proving the benefits of marijuana treatment outweigh any risks.