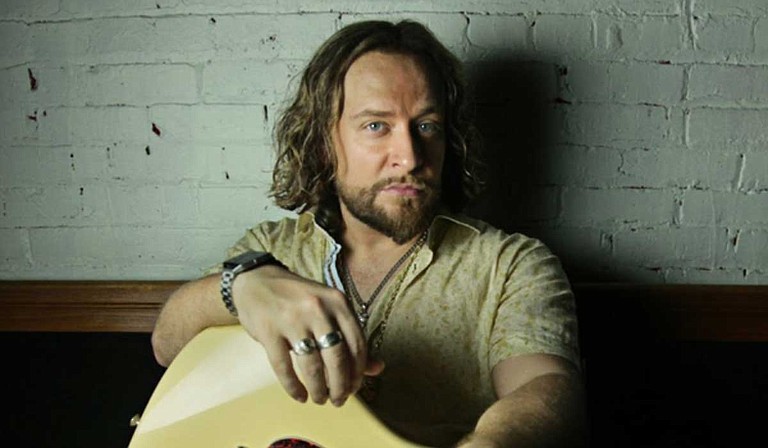 For 15 years, Chad Wesley has bent strings in nearly every venue in Jackson. He has pounded the road relentlessly through at least 10 states. He has done the grunt labor and played nearly every role that exists in the music business—roadie, sound engineer, photographer, videographer, graphics designer, songwriter, producer and, above all, performer.

And how Chad Wesley has performed. He has won a multitude of Jackson area music awards, and in 2018 he took home a Josie award for independent blues/R&B/soul entertainer of the year. He has stellar albums out, including 2018's "Bluezy," which has been featured on international radio and has accumulated between 2,000 and 5,000 streams on various platforms.

Despite his own impressive credentials, Wesley notes that the big breakout moment he has been chasing seems to elude him, whereas he has watched other performers with fractionally as much experience vault past him and go on to stadium gigs and major record deals.

"It does make me wonder what I've done wrong for so many years," Wesley says. "I really ponder. I've been playing professionally since I was 15 years old, and now I'm 33 years old. I've worked excruciatingly hard and am just now starting to see what other acts have achieved almost instantaneously. But I wouldn't trade my amazing years of road dog experience for anything, because I know when my time comes, I'm going to be so solid in my experiences dealing with what's around me that I won't have to worry about anyone taking advantage of me—that's just acquired wisdom you can't buy."

Born in 1986 in Fairhope, Ala., Wesley grew up in Forest, Miss. "My dad raised me in a time machine. I started playing the guitar when I was 8 years old. I was unaware of anything modern or new. I was listening to a lot of stuff from the 1950s and 1960s—Elvis, Chuck Berry, The Beatles, all the Motown stuff—that's all I thought there was."

The real game changer for Wesley occurred when he was 11 years old and his older brother persuaded him to buy a copy of Stevie Ray Vaughan's 1984 concert at Carnegie Hall. "When I first played that record, my whole world turned upside down," he says. "I didn't know a guitar could sound like that."

By the time he was 12, Wesley had deconstructed just about every note Stevie Ray ever played. He was also writing original songs, and formed his first garage band, Silver.

"When I hit 15, I was really pursuing the blues thing, and hooked up with a couple of other kid prodigies like myself. After that, I spent my high school years commuting from my hometown of Forest to Jackson to play open mic night at Fenian's Pub, the Blues jam at George Street Grocery, any place where I could play."

As soon as Wesley graduated from Forest High School, he moved to Jackson to build his precocious young career. Within a couple of years, Wesley was on the road playing dates throughout Mississippi and Alabama.

"Between 2008 to 2010, I felt the world of being a working musician. I played with a successful country band called Santa Fe. Then I worked in a rock band where I was wearing all black and eyeliner—whatever got me paid—whatever hat I needed to put on," he says. "I played with a band called Full Moon Circus. The lead singer from that band is now the lead singer for Lillian Axe. In 2010, I played for about a year with the former female wrestler, Goldy Locks —we opened for Ted Nugent. I've had ups and downs. I've had really big moments, and really small moments."

But Wesley wanted his own band, and in 2010 he put one together. Over the next five years Wesley and his band logged between 150 and 200 shows per year.

The current incarnation of the Chad Wesley Band is comprised of a group that showcases musicianship and delivery. Mike Bernard anchors the core unit on his six-string custom bass, while drummer Reece Gibson teams with Bernard to provide a rhythmic architecture within which Wesley can construct his concise, searing solos. Josh Arnold complements on rhythm guitar and occasionally leads in fiery counterpoint to Wesley, while Ken Hart works keys to help tie everything together.

In December 2018, Wesley and his band finally earned the opportunity to play Jackson's Duling Hall. Wesley had been trying for years to get a booking in the venue, to no avail. "I've performed professionally over 2,000 times. I've played the Coliseum, and every major club in Jackson. I'm on Malaco Records. And I'd never been able to get a shot at Duling Hall," Wesley says. "So when I finally did, I was going to make damn sure it was the best show my band and I could deliver."

Wesley continues, "What made that show special is that it was the first time I've packed out a venue in my home city. When I looked out there and saw hundreds of faces in my home city, packed shoulder to shoulder on a night they told me was suicidal to try to get people out, it felt really good. I thought about how long and how hard I had worked just to get Duling Hall to even look my way. I looked around at my band, at the crowd, and I thought to myself, 'This is when the hard work pays off.'"

Though the path to success has been long and painfully gradual, he says, Wesley is optimistic about what lies ahead. He will soon be announcing a new major brand partnership and tour for early 2020. He is eagerly anticipating his next major concert appearance at the brand new Georgia Blue Event Hall in Madison on Dec. 7.

"I'll tell you this, I'm so glad that this is all happening now rather than earlier, because now I really have the story to tell," Wesley says. "Everything works out for a reason. I want to see myself touring six to nine months out of the year, and making a new album every 18 to 24 months. This is the time to be bold and really come out of my shell and let the world know that I'm a guitar man. This is what I do. This is what I'm known for."

For more information on Chad Wesley, find him on Facebook or visit chadwesley.com. His music is available through Spotify, Apple Music, Amazon Music and Google Play.