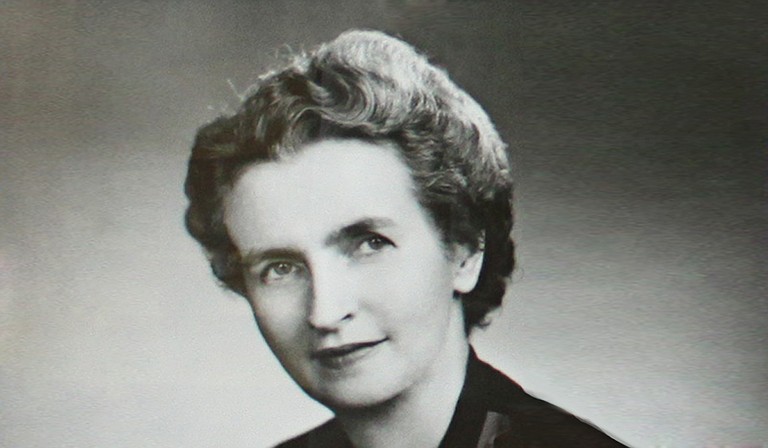 Burnita Shelton Matthews' brothers were lawyers, but her father wanted her to be a musician. There were no women lawyers or judges in Copiah County, or in Mississippi 100 years ago.

On Sept. 16, Circuit Judge Tomika Harris-Irving, the first woman and first African American judge of Mississippi's 22nd Circuit Court District, greeted a crowd of more than 100 who gathered in the courtroom in Hazlehurst to celebrate the historic career of Judge Matthews.

Judge Matthews "was ahead of her time, and a trailblazer," said Judge Royce C. Lamberth, former Chief United States District Judge for the District of Columbia, who knew her well.

Matthews became the first female federal trial court judge in the nation when President Harry S. Truman appointed her to the U.S. District Court for the District of Columbia on Oct. 21, 1949. The state of Mississippi would wait another 58 years to see the first female federal district judge preside in a Mississippi courtroom. Chief U. S. District Judge Sharion Aycock of Fulton was nominated by President George W. Bush on March 19, 2007, and confirmed by Congress on Oct. 4, 2007. She became Chief Judge of the Northern District of Mississippi—the first woman chief judge of the federal district court in Mississippi—on June 2, 2014.

Matthews as a teenager may have sat in the courtroom in Hazlehurst where the ceremony was held. The Copiah County Courthouse would have been new then. Construction was completed in 1903.

Matthews was interested in law from an early age. Her father, Burnell Shelton, was Copiah County Chancery Clerk and Tax Collector. Matthews worked in the Chancery Clerk's office upon occasion, but her father wanted her to pursue music rather than law, said Judge Lamberth.

After a brief career teaching music in Fayette, Texas and Georgia, Matthews, a Cincinnati Conservatory of Music graduate, moved to Washington, D.C. There she could get into law school, something not possible then in Mississippi. When she earned her second law degree in 1920, no firm or agency would hire her—not even the Veterans Administration, where she had worked by day as a clerk while attending classes at night. So she formed her own successful law firm and joined the women's movement.

As a member of the National Woman's Party, Matthews participated in silent pickets outside the White House as women sought the right to vote. She would later recount that she never spoke during the pickets, as anyone who spoke was at risk of being arrested, and an arrest on her record could have prevented her from being able to practice law.

Matthews served as counsel to the National Woman's Party 1921-1934. The National Woman's Party was a leading force for passage of the Nineteenth Amendment, which in 1920 granted women the right to vote. Matthews also worked on unsuccessful efforts to pass the Equal Rights Amendment. Judge Lamberth said that one of her goals was to see adoption of the proposed amendment before she died. Congress adopted the ERA in 1972, but the measure failed to gain ratification in three-fourths of state legislatures. Mississippi did not ratify the amendment.

Matthews also left her mark on Washington, D.C., as a real estate lawyer. The U.S. Supreme Court sits on the site which was once the office of the National Woman's Party. William Howard Taft wanted the property to build a courthouse for the Supreme Court, which at that time heard cases in the Capitol. Taft, who was Chief Justice of the U.S. Supreme Court after he served as President, prevailed in acquiring the property, but at a steeper price than the government wanted to pay. The National Woman's Party lost at condemnations proceedings that took the property, but Matthews negotiated a settlement of almost $300,000 for the building, a huge sum for that time. The Woman's Party moved to a spot nearby.

President Harry S. Truman appointed Matthews as a Judge of the U.S. District Court for the District of Columbia on Oct. 21, 1949. It was a recess appointment to a newly created seat on the court. President Truman nominated Matthews to the same position on Jan. 5, 1950. Judge Matthews was confirmed by the U.S. Senate on April 4, 1950, and received her commission on April 7, 1950.

Judge Matthews' commission, signed by the President, and her portrait were displayed at the front of the courtroom during the ceremony. Courthouse maintenance supervisor Stanley Martin hung the historic document and portrait on the courtroom wall as guests went across the street for a reception.

Judge Lamberth noted that Judge Matthews hired only women as her law clerks. She believed in providing opportunities to capable women in the male dominated field. Her former clerks were high achievers, including one who became a judge and two who became assistant U.S. attorneys. As a federal district judge, Judge Matthews presided over trials for murder, rape, robbery and other crimes. Among famous defendants was Jimmy Hoffa, then vice president of the teamsters union. A jury acquitted him of bribery.

Judge Matthews took senior status from the federal trial bench on March 1, 1968, but continued to hear cases for 10 more years. In addition to presiding over trials, she sat on appellate panels of the U.S. Court of Appeals for the District of Columbia Circuit. One of her notable cases was a 1971 U.S. Court of Appeals ruling that said disabled people receiving Social Security benefits were entitled to hearings before benefits were terminated. She also heard cases before the United States Court of Customs and Patent Appeals. She had earned a master's degree in patent law in 1920 from the National University School of Law, now George Washington University Law School. She earned an LL.B in 1919.

Judge Lamberth said that one of the highlights of his 1987 investiture was that Judge Matthews attended and wished him well. She died the following year in Washington at age 93.

Samuel E. Shelton, 89, said that he never met his cousin. He's named after her brother. Shelton beamed as he sat on the front row with about a dozen relatives during the ceremony, and happily sat for pictures alongside the judge's portrait.

Samuel Shelton's niece, Bessie Shelton Trovato, lives near the Shelton Cemetery where Judge Matthews is buried. She said the event will help people across the state learn of the judge's contributions, especially in advancing the role of women.

"The incredible, uplifting saga of Judge Burnita Shelton Matthews was news to me! I've known of the Shelton Cemetery for a long time, but had no idea that a person of such historic importance is buried there. Judge Shelton's extraordinary life and her achievements—all highly unlikely during the times in which she lived—provide another good reason for me to be proud to be a Mississippian, and, in particular, a Copiah Countian. My only regret is that I didn't know her," he said.

One of the happiest people in the room appeared to be Copiah County Chancery Clerk Steve Amos, who organized the ceremony. Amos, an avid historian, devotes considerable energy to historic preservation. He called Judge Matthews' history "one of the American dreams," as her father didn't want her to pursue law.

Judge Matthews was the third woman in the nation to serve at any level of the federal judiciary. In 1928, President Calvin Coolidge nominated Genevieve Rose Cline of Ohio to the U.S. Customs Court, now known as the Court of International Trade. In 1934, President Franklin Delano Roosevelt named Judge Florence Allen of Ohio to the U.S. Court of Appeals for the Sixth Circuit.

Today, almost a third of state court judges are women: 50 of 150 judges, not including Justice Court and Municipal judges. Copiah County's two Justice Court judges are women. Thirty percent of lawyers licensed to practice in Mississippi are women: 2,752 of 9,033 in active practice. The President of the Mississippi Bar and the deans of both law schools are women. Nationwide, there are 363 female federal trial and appellate judges, including three U.S. Supreme Court justices. Women make up one-third of the active federal court judges in the country.