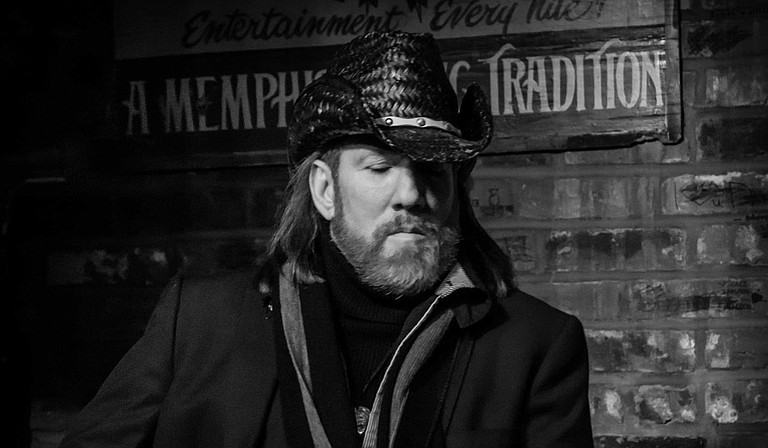 Kern Pratt delivers the blues genre native to the Mississippi Delta to listeners near and far. Photo courtesy Valerie Crancer

Mississippi may arguably be more awash with musical talent than any state in the nation. As the gestation point for the blues, the fertile football of ground between Vicksburg and Memphis is the wellspring of a profound musical legacy.

Though the blues progenitors are long gone and the second wave of Delta bluesmen is dying off, the region continues to percolate with musical dynamism rooted in the blues tradition. Singer-songwriter and ace guitarist Kern Pratt is one of those who have stepped up to carry forward the music of the Delta.

Pratt, 54, grew up in Greenville, Miss. His mother died when he was 7 years old. Pratt's father owned the local Western Auto store, and it was there that Pratt first encountered the bluesmen who would become his musical avatars—Calet Emphrey (B.B. King's long-time drummer), Eddie Shaw and Eugene Powell.

"I was 7 or 8 years old when I decided that playing the blues was what I wanted to do. By the time I was 10 I was playing in a band," Pratt remembers.

"When I was 16, I went on the road with Hamilton, Joe Frank and Reynolds—they had that big hit 'Don't Pull Your Love.' My first stadium gig was with them. There were 60,000 people, and I literally peed my pants—I had spandex britches on."

During this time Pratt also gigged with blues harp artist Willie Foster, who played in Muddy Waters' band. "Me and Willie played at Po Monkey's, outside Merigold, and many other blues joints. I played with T Model Ford, who didn't start playing guitar until he was 50 years old—he lived to be close to 100, so that turned out to be a pretty good run for him," Pratt says.

Since those halcyon days, Pratt has become well known on the Mississippi blues-festival circuit, amassing numerous performances at the Mississippi Delta Blues Festival and the B.B. King Homecoming in Indianola. In 2018, Pratt had a sold-out tour in Italy as co-headliner in the "An Evening with the Blues" tour.

Pratt also has an amicable working relationship with Bobby Rush. "I've known Bobby Rush for over 30 years. Bobby asked me, 'Kern, how many times have we done this festival?' I said, 'Mr. Bobby, I ain't really sure." He said, 'I think we've done about 22 of these together."

After putting out a couple of records that "didn't matter," Pratt released his well-received breakout album, "Broken Chains," in 2015. The record was engineered by Nelson Blanchard, the lead singer for the band Louisiana Leroux. "It's an album about breaking away from the chains of drug addiction. I OD'd five times—it's been a long road, but that's the blues." The record contains the echoes of the great bluesmen who have influenced Pratt. In Pratt's guitar one can discern the spare, clean phrasing of B.B. King.

But Pratt endows each note with a trembling intensity that indelibly stamps the music as his own.

Pratt's newest album, "Greenville, MS ... What About You?" will be released Dec. 1, on the Endless Blues Records label. Pratt says the album is in a similar vein as "Broken Chains" but includes a different ensemble of musical talent. The album will include the late Gregg Allman's horn section of Marc Franklin and Kris Jensen. The producer of the record, Bob Dowell, plays trombone and the Hammond B3 organ, as well as bass. "I want to break Bob's hands," Pratt says, laughing. "No one should be able to do the things he does—he's just too damn good."

Denise Owen, Pratt's backing singer for several years and now his partner, lends powerful vocal support—singing lead on one song and singing a duet with Pratt on another. She also plays percussion.

When asked about the state of the blues today, Pratt pauses. "Of course the blues are alive and well, but they're going to be different. It's like Christone 'Kingfish' Ingram—my lord, he's a monster. There are some good young players coming up. A lot of people think the blues have to come from the Delta. But a lot of people take it wrong. They look at these kids coming up, a lot of whom aren't from the Delta, and they say, 'They ain't got no soul. They haven't paid any dues.' And I think they're wrong. Because these kids are working on their craft and perfecting their craft, and I think that's just as much paying dues as if you gig in a juke joint. If you're perfecting your craft, you're paying your dues."

Find Kern Pratt's music on CDBaby.com or EndlessBlues.com, or search for the artist on Facebook.