OPINION: Even More Thankful This Year With Cancer in Remission 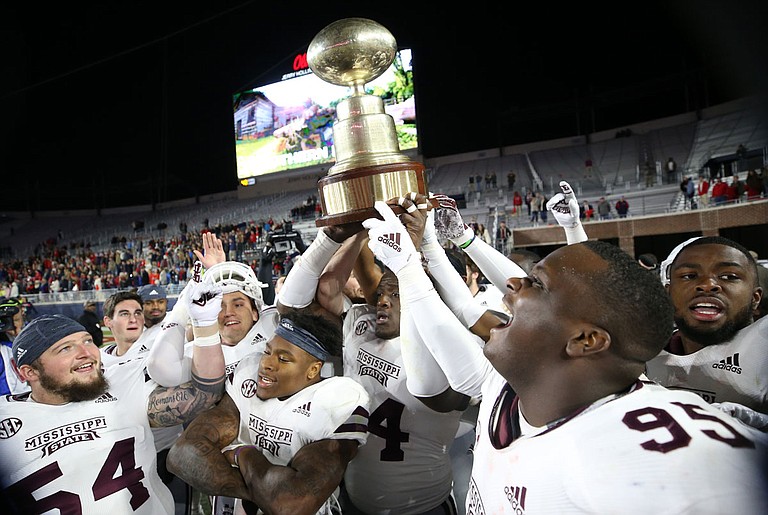 With his cancer in remission this year, columnist Charles Corder is thankful. And he isn't arguing about politics or the Egg Bowl during Thanksgiving dinner. Photo courtesy MSU Athletics

MADISON—We shouldn't limit being thankful to the last Thursday in November, especially in America.

Most Americans live in relative prosperity and security, regardless of which party controls the White House or Congress. And that's without the federal government guaranteeing everybody's income. They tried that in the Soviet Union. How did that work out?

The signs of Thanksgiving have been with us for a while now. For example, television has been flooded with Black Friday ads, Christmas specials and bad college basketball. If those who devote their lives to marketing and selling had their way, there would be no Thanksgiving. That despite the fact that Thanksgiving is America's second-favorite holiday behind the one that brings in the big bucks, Christmas.

Unless your business is selling food, Thanksgiving is difficult to market. There are no presents to buy.

Thanksgiving is about a celebration with your family, hopefully. You eat, talk, maybe watch some football—without arguing about the Mississippi State-Ole Miss game, if possible—and have a turkey sandwich or two for supper.

Traditionally, Christmas shopping started on the day after Thanksgiving, called Black Friday. In recent years, some retailers have been unwilling to wait that long and open on Thanksgiving. I've worked on plenty of Thanksgiving and Christmas days, and never liked it. But a newspaper theoretically provides a public service. I don't think a big-box retailer that opens on Thanksgiving benefits anybody but its shareholders.

(I also don't like playing the State-Ole Miss game on Thanksgiving. But the schools involved are getting several million reasons to do it, courtesy of ESPN.)

As long as you're around family, please don't ruin the holiday by arguing about controversial topics, including religion, who was your parents' favorite child, how can you work for that godawful newspaper, sports rivalries and—worst of all—politics.

I don't talk politics at the dinner table. I reserve that for this column, i.e., when I'm getting paid. You are always free to express your opinion, of course. And the rest of us are free to ignore you.

I'm fortunate that both of my daughters will be home to celebrate Thanksgiving. The oldest will be bringing her boyfriend and dog. My youngest daughter will be alone because her husband, a Navy pilot, was recently deployed. His destination is semi-secret (meaning I don't know it for sure), but I'm thankful that he and thousands of others in the U.S. military are out there in places most of us would go, to protect our nation.

This Thanksgiving will be different. In 2017, I was sick but didn't know why. I worked on the Wednesday before Thanksgiving and that turned out to be the last day of my full-time journalism career—so far, anyway.The next day, I had a seizure and ended up in the hospital. A few months later, I had brain surgery. (I know, I was surprised they found something in my head, too.)

But it was only after that surgery that the doctors found out I had cancer. Last year, I was still having chemotherapy. In fact, I had a treatment on the day before Thanksgiving. Needless to say, my appetite at the holiday dinner wasn't so great.

A couple of months later, I learned that my cancer was in remission. Later, my health improved enough that I was able to write this column again. I was happy, but you are free to disagree.

Charles Corder is a long-time Mississippi newspaperman. Email him at [email protected].