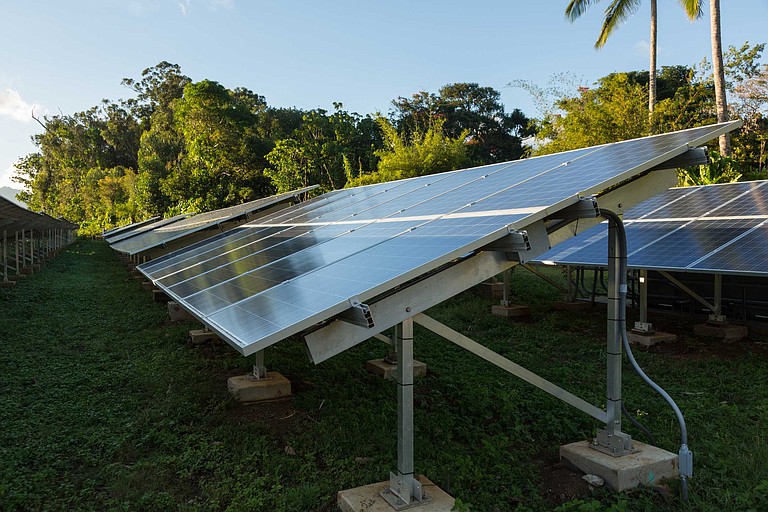 Members of the Citizens Climate Lobby-Jackson read Jay Kucia's recent Jackson Free Press column, "Climate Change Threatens Mississippi, Demands Action in Jackson," with interest. We share Mr. Kucia's frustration over the lack of interest or action on climate change in our state and agree that municipalities must step up. when our country's leaders and states fail to act.

We are thrilled to share that the City of Jackson, under the passionate and intelligent leadership of Mayor Chokwe Antar Lumumba, is doing just that. The City is working on a comprehensive action leading to the ultimate goal of carbon neutrality. Mayor Lumumba was one of the major supporters and a signatory of the "Resolution on Support of a National Price on Carbon Emissions."

A price on carbon would offer our city and our country a wide range of benefits, which the mayors' resolution pointed out. A carbon price will "promote energy efficiency and accelerate clean energy investments." It will "spur innovation and reduce reliance on foreign energy sources."

Last but not least, it will "encourage and empower households and businesses to invest in conservation and domestic carbon-free energy sources." Mayor Lumumba also endorsed a bipartisan bill in Congress, which Rep. Bennie Thompson so-sponsored. The Energy Innovation Act (H.R. 763) would put a price on carbon and give every American a monthly dividend check.

In addition to calling on Congress for federal climate action, the City of Jackson declares carbon neutrality as one of its ambitious goals, as stated in the City's comprehensive plan. The City's administration and its nonprofit partner, 2oC Mississippi, are actively pursuing its goals. We are in the process of assessing Jackson's carbon footprint and beginning to reduce it.

We are evaluating municipal buildings in the downtown area for energy-efficient retrofitting and use of solar power, and making plans to lower emissions from the City's Water Treatment Plan. The Urban Planning Department is about to implement an impressive "One Line, 5 Mile Multi Modal Corridor." We expect the project to reduce carbon footprint by offering alternatives to single-car use.

We also plan to have wider sidewalks and green infrastructure encouraging us to walk; bike lane with electric bikes' rental system; and a new high-frequency rapid bus transit route serviced by hybrid electric buses. We believe there are many reasons to be proud of the City of Jackson's progress and direction. We have a very real, unique chance to become a diverse southern city that promotes economic growth through green investments.

That being said, Jackson needs not only all the brain power it currently has, but all that it can borrow. On behalf of 2oC Mississippi, I'm asking for the help of anyone wanting to leave a better world for our children. Please reach out to help, especially if you have technical expertise or know of others who do in the fields of retrofitting, solar technologies or carbon accounting.

We are also seeking broad support for Virtual Net Metering, an extension of the already existing (in a very limited form) net metering. We need to follow 25 other states that have VNM, allowing community solar projects to offer affordable, clean energy to low-income communities. If you would like to help, please reach out to us at [email protected].

Dominika Parry, PhD is president and CEO of 2oC Mississippi. She is also the state coordinator and Jackson chapter leader of the Citizens Climate Lobby.