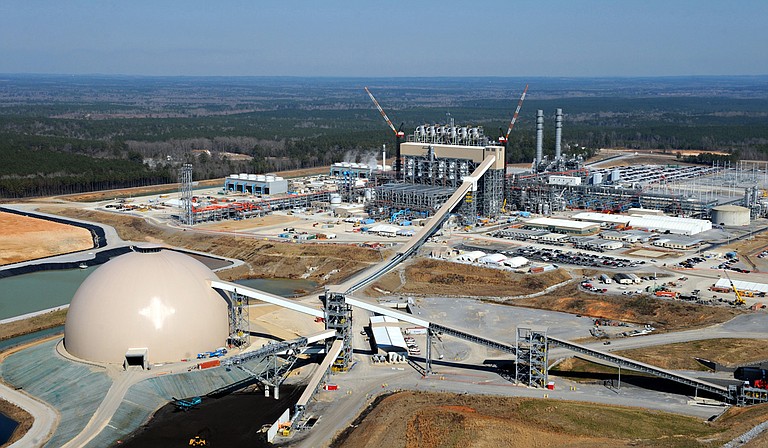 The Southern Co. said Wednesday that the U.S. Justice Department told the Atlanta-based company on Monday that it has started a civil investigation into the plant that subsidiary Mississippi Power Co. was building in Kemper County.

Southern said in a quarterly stock market filing that Mississippi Power remains in negotiations with the U.S. Department of Energy to resolve and dispose of property at the Kemper County plant. The Department of Energy gave $387 million that was supposed to help build a first-of-its-kind plant turning soft coal into a gas and burning it to generate power, while removing climate-warming carbon dioxide and other pollutants. The cost of the plant ballooned and Mississippi Power struggled to make it run reliably. The company lost $6.4 billion when regulators ordered it to stop building the gasifier and cleanup units and instead operate the plant by burning conventional natural gas.

Southern said the investigation is connected to the Department of Energy talks and did not release further details. It said Mississippi Power could be required to pay the Department of Energy for the parts of the property the company wants to keep. Southern warned that the outcome of the talks and the investigation could have a significant impact on the company's finances.

The company also said it's considering what to do with a pipeline that was supposed to take carbon dioxide extracted at the plant and ship it to oil companies that would pump the gas underground to force up oil from old oil fields. Because the plant isn't extracting carbon dioxide, the pipeline isn't being used. The company said Mississippi Power would decide whether it wanted to dig up the pipeline later this year, and said that could also have a significant impact on Mississippi Power's finances.

Mississippi Power is the smallest of the three remaining electrical subsidiaries that Southern owns and has $577 million in long-term debt coming due in 2020 and 2021, according to company figures. The company expects to ask the Mississippi Public Service Commission to set new long-term electrical rates later this year. There will be two new members on the three-member commission by the time regulators decide on rates after state elections. Paying for the company's debt will be a major part of the rate case, along with deciding what to do with excess generating capacity and deciding whether Mississippi Power should be required to join a regional electrical grid management group.

Additional expenses could complicate those decisions. Northern District Commissioner Brandon Presley, a Democrat, said Wednesday that he doesn't know anything about the investigation, but said he didn't want Mississippi Power's 188,000 customers paying for any more of Kemper than the $1.1 billion they're already covering.

"I think the commission has made clear two years ago that recovery from the Mississippi customer is closed for Kemper County," Presley said.

A U.S. Securities and Exchange Commission investigation into whether Southern misled investors about progress at Kemper County ended with no enforcement action in 2017.