A Musical and a Mattress 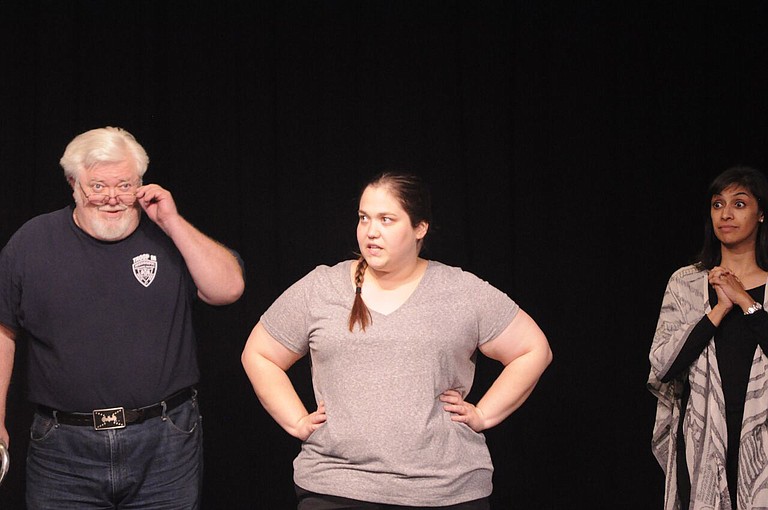 The Center Players Community Theatre's will be putting a modern twist to a Hans Christian Andersen classic in the opening play for its 17th season, "Once Upon a Mattress."

"We like to do things that are a little different. ... This is a little bit of a fractured fairy tale," Ken Hackman, a founding member of the theater and the play's director, says. "It has some interesting twists and turns to it. ... There are things that both children and adults will both like and get out of the show."

Based on the book by Jay Thompson, Dean Fuller and Marshall Barer, "Once Upon a Mattress" first premiered on Broadway in 1959 and starred Carol Burnett. The plot follows the basic conceit of Hans Christian Anderson's original "The Princess and the Pea" fairytale.

In the play, a witch's spell leaves King Sextimus mute, and Queen Aggravarian's standards are higher than the castle walls in finding her son, Prince Dauntless, a princess to marry. The queen creates a number of nearly impossible and ridiculous tasks for her son's suitors with the help of a wizard, in order to determine the "real princess" that deserves to marry her son.

Hackman says that Jennifer Smith, who plays the minstrel, came from a national tour of "Beauty and The Beast," and Denise Astorino-Brown, who plays Queen Aggravarian, has a master's degree from a theater school in London.

"We have some phenomenal talent," Hackman says. "We have folks playing chorus roles that in any other play would be the lead; it's just a really well-rounded cast."

"(The cast) are constantly pushing each other to be our best, and that is going to be evident in the overall product," Roxie Hood, who plays the jester, says. "We're doing this because we love what we do. ... We love sharing this with the community. We hope the community will come support that and enjoy the show."