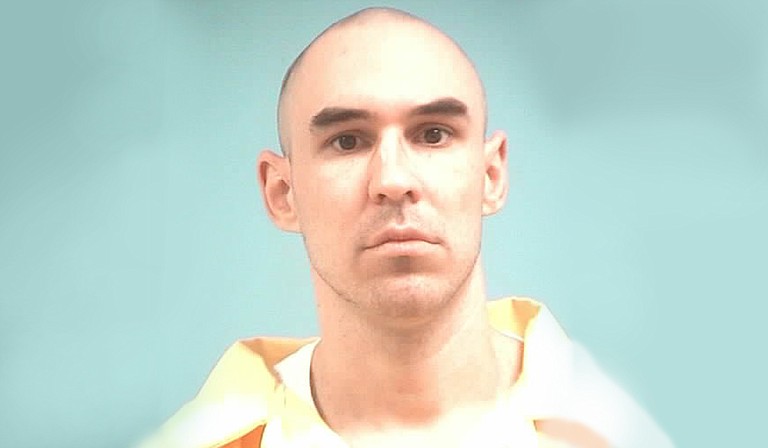 A Mississippi man, Joshua Vallum, received a 49-year prison sentence in the 2015 killing of Mercedes Williamson, a 17-year-old transgender woman who was shocked with a stun gun, stabbed and beaten to death to keep Vallum's fellow Latin Kings gang members from discovering the two were having sex. Photo courtesy MDOC

Each year, for the past three years, LGBT advocacy groups have tallied the killings of more than 20 transgender people in the U.S. Yet state or federal hate crime laws are rarely used to prosecute the slayings.

Now many LGBT-rights groups are questioning the effectiveness of the laws, saying they sometimes focus too tightly on individual acts without addressing underlying bias or wider violence. The volatile issue was back in the spotlight this week as Missouri authorities investigated the killing of a transgender teen who was stabbed in the genitals and had her eyes gouged out.

Investigators insist — without specifying a motive — that Ally Lee Steinfeld's death was not the result of anti-transgender hate.

"You don't kill someone if you don't have hate in your heart," said James Sigman, the sheriff in Missouri's Texas County. "But no, it's not a hate crime."

Even if the case were deemed to fall under Missouri's hate crime law, it probably would not result in a heavier penalty, since first-degree murder is already punishable by execution or life imprisonment.

Missouri is one of 17 states with hate crime laws that cover offenses targeting people on the basis of their gender identity. But those provisions have led to few prosecutions.

Steph Perkins of the Missouri LGBT-rights group PROMO and Jason Lamb of the Missouri Association of Prosecuting Attorneys said they could not recall any crimes against transgender people that were prosecuted as hate crimes in the state.

On Wednesday, PROMO and the Anti-Defamation League jointly urged prosecutors to examine the possibility that Steinfeld's murder was a hate crime.

"Not taking those steps conveys a lack of awareness about the transgender community and the threats of violence we live with every day," Perkins said.

A 2009 federal law, inspired partly by the 1998 murder of gay college student Matthew Shepard in Wyoming, included gender identity as a category to be covered by hate crime provisions, but only last May did those provisions lead to a conviction for the first time.

A Mississippi man, Joshua Vallum, received a 49-year prison sentence in the 2015 killing of Mercedes Williamson, a 17-year-old transgender woman who was shocked with a stun gun, stabbed and beaten to death to keep Vallum's fellow Latin Kings gang members from discovering the two were having sex.

A few weeks after Vallum's conviction, Attorney General Jeff Sessions publicly vowed to protect the rights of all transgender Americans and said he had directed the Justice Department's civil rights division to review some other cases in which transgender people were killed.

However, major LGBT and civil rights groups have been skeptical of Sessions' pledge, noting that the Trump administration has taken other steps to erode transgender people's rights, such as proposing to ban them from military service and rescinding guidelines that would allow transgender students to use the restrooms of their choice at school.

"The department's work in preventing, deterring and responding to hate violence cannot be seen in isolation from its recent counterproductive and discriminatory actions," more than 70 advocacy groups said earlier this month in an open letter to John Gore, the acting head of the civil rights division.

Transgender rights lawyer Dru Levasseur of Lambda Legal, one of the groups that signed the letter, said Lambda and its allies still believe that LGBT-inclusive hate crime laws are valuable.

"It does send a message that transgender people's lives matter," he said. "But we need to get at the root of these horrific murders. It's not just about adding on to the sentencing. It's about looking at the big picture of why is this happening."

Another group signing the letter was the American Civil Liberties Union. One of its transgender rights lawyers, Chase Strangio, said he no longer considered hate crime laws to be effective.

"I worry that what hate crime laws do is narrow our focus on certain types of individual violence while absolving the entire system that generates the violence," he said. "I don't see them as being a strategic use of our movement's resources."

According to LGBT-rights advocacy groups, 21 transgender people have been killed in the United States so far in 2017 — all people of color except for Steinfeld and one other woman.

There's no question that anti-transgender hatred has fueled many of the killings in recent years, yet activists and social-service professionals say there are multiple factors that make transgender women of color vulnerable. They have documented that numerous victims were killed by intimate partners, and some were murdered while engaging in prostitution.

In response to the killings, Rep. Keith Ellison, a Democrat from Minnesota, plans to introduce a resolution soon in Congress expressing support for transgender women of color and proposing initiatives to ease the discrimination and marginalization that many of them face.