Hotel Project Pops Up in Fondren, Demolished Houses Cause Outrage 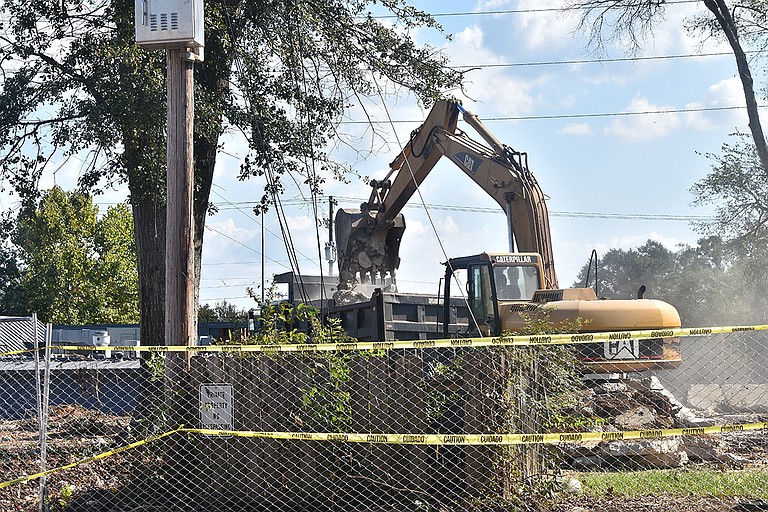 Construction workers clean the debris and remains from the “Fondren House” on North State Street that developers demolished on Sept. 21. Photo by William H. Kelly III.

JACKSON — Less than 36 hours after developers of a Hilton Homewood Suites Hotel explained their plan to neighborhood residents, the remains of "Fondren House" lay in ruins by the time darkness fell on Sept. 21. The house dates to the early 1900s and housed descendants of David Fondren Jr., the former namesake of the neighborhood and is in the heart of the Downtown Fondren Historic District.

Fondren-area residents say that original property owner and hotel partner Alan Lange stated during an informational meeting on Sept. 19 that the yellow house would be the last property considered for demolition in order to build the 125-room Hilton hotel with 4,000 square feet of retail space. Lange also owned land now being cleared for the hotel. The hotel will be located off of North State Street between Lorenz Boulevard and Fondren Place.

As word spread of the property being destroyed, including a video of demolition machinery breaking through the walls of the house that faced State Street, many Fondren residents were distraught. Erica Speed had attended the meeting with Lange, and told the Jackson Free Press after the meeting that he had made assurances that the Fondren House would be the last to go. 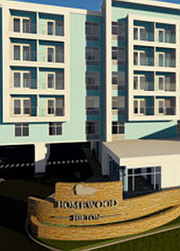 Many developers wait too late to involve communities affected in large-scale plans. This must stop.

Thomas Rosell posted on the Preservation in Mississippi blog that Lange had assured residents, as Rosell put it, "that the Fondren House would be the last building demolished for a new hotel, leaving the possibility that the home of the neighborhood's namesake could be relocated and saved."

"He clearly gave the impression that we had time to figure out if it could be saved," Speed told the JFP about Lange.

Developers also demolished the duplex apartments nearby, but the old site of Que Sera Sera and more recently Green Ghost Tacos is still intact, with a fence around it, awaiting demolition at press time.

After developers held a press conference in late August to announce their "ultra-modern" hotel, citizens quickly reacted through social media and the NextDoor website. The result of their outcry was the "off the record" Sept. 19 meeting at St. James Episcopal Church, where residents presented personal complaints to hotel investors Chico Patel, Ali Bhatti and Alan Lange.

Many residents say they are not necessarily concerned over a new hotel, which is the third one now slated for the west side of State Street through the heart of Fondren. The hotel would be located off North State Street between Lorenz Boulevard and Fondren Place.

They are concerned that the Hilton hotel seemed to pop up out of nowhere, while they were long apprised about the two boutique hotels going up further north on State Street.

"The concerns were that you're tearing down some historical buildings, like Que Sera Sera and the Fondren House, particularly. Not to mention, some of the housing situations for renters or individuals that are possibly low-income," Fondren resident David Knight told the Jackson Free Press.

"All that aside, the concern comes from the fact that there seemed to be no public knowledge or no opportunity for public input or public discussion," Knight added, echoing the response of many in a neighborhood many consider to be like a small town where people talk to each other about plans.

Residents are complaining that the rendering developers provided of the new Hilton hotel in Fondren does not match plans unveiled at a community meeting. The plan from the meeting shows a wall and a huge parking lot. Photo courtesy DLW Architects

Speed related Lange's remarks at the Sept. 19 meeting, saying he had discussed the fate of the Fondren House with "experts" and historical groups about possibly donating and moving the house. Lange would not identify the experts involved or the projected funds to relocate the house, she said.

Neighbors complained about the lack of transparency and advance notice at the community meeting and through social media. Knight, along with other neighbors, believe that the step-by-step development process seemed planned over a long period in a way that it could intentionally remain secretive.

"There's no opportunity to weigh in any kind of discussion from the neighborhood and from the people it affects most," Knight said.

Lange did not return phone calls, but emailed a statement to the Jackson Free Press early this week. "We worked with dozens of business owners, city planning professionals, financial professionals, leading architects and designers and people in local organizations to evaluate this potential project," he wrote. "Those discussions impacted site design including the suggestions to add retail space to the project. We did not announce the project publicly until funding and city site plan approval had been secured, which both came within days of our announcement."

'You Guys Should Get Ready'

The developers of a Hilton hotel in Fondren showed this plan for the property at a community meeting on Sept. 21, 2017. Critics of the plan say it does not match an earlier rendering the developers gave to the media.

In the site plan, there are 125 rooms and 122 parking spaces. On Lorenz Boulevard, there seems to be a heavy-duty concrete driveway that leads to a massive parking lot. It also shows a wall around the perimeter, excluding what is supposed to be the North State Street entrance.

The early rendering does not show the 122-space parking lot, however. The light blue, teal color of the hotel in the rendering is similar to other Fondren buildings.

Throughout the meeting, Lange stressed that his project follows all zoning requirement laws, attendees say.

But concerned residents believe that was not enough. "It became very, very, very evident really quickly that this whole meeting, they didn't really give a sh*t about our opinion," Knight said. "They were just saying more so of a, 'Oh, by the way, we're doing this. You guys should get ready.'"

Neighbors also question the role of the Jackson City Council and the mayor's office in the process of this development. Lange boasted that he spent "hundreds of hours in front of city council" planning the process of development.

Ward 7 Councilwoman Virgi Lindsay told the Jackson Free Press that she became aware of the hotel project around the same time of the public announcement.

"As a new council person, I did not have the opportunity to meet with the developers before they were ready to announce the project. And so I met with him (Lange) and his team just the day before they had the press conference," Lindsay said.

Lindsay believes that the hotel will bring visitors to stay in Jackson rather than up north in Ridgeland. She added that this should result in visitors spending money at local businesses in Fondren.

"I have heard some concerns about the change that this could bring to the Fondren business district. I've also heard a lot of excitement, and there is a feeling that this is going to be an economic-development generator for the area," Lindsay said. "As long as there is open communication and networking between the hotel and the other people who work and own businesses in the area, I'm very confident that if there are any problems, they can be overcome."

Speed is clear that she does not trust the process, however. "Personally, my biggest concern is if he was so proud of what he was doing, why would he have been so incredibly secretive and non-transparent," Speed told the Jackson Free Press.

"I'm all for a hotel and additional lodging for Jackson and for Fondren. What I'm not behind is the methods in which Alan Lange and his partners went about making sure they got done whatever they wanted to get done."

Reached last week this article, Patel said he was traveling to a convention and could not comment until later.