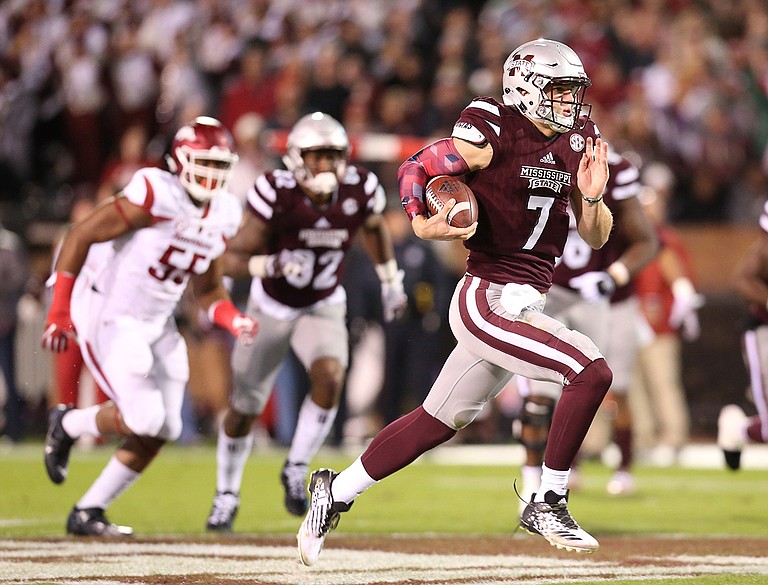 LSU (2-1, 0-1) easily won its first two games of the season, but was overmatched by Mississippi State on both sides of the ball. The Tigers were also sloppy — two touchdown plays were negated because of penalties. In all, LSU was penalized nine times for 112 yards.

Fitzgerald was 15-of-23 passing for 180 yards. Keith Mixon caught six passes for 97 yards and a touchdown. Freshman Jace Christmann made the first three field goals of his career, connecting from 30, 45 and 27 yards.

LSU tied it at 7 in the second quarter on Darrel Williams' 10-yard touchdown run. But Mississippi State responded with 30 straight points.

LSU: It's not just that the Tigers lost, but how they lost. Mississippi State dominated LSU at the line of scrimmage on most plays and the Tigers looked undisciplined and overmatched. LSU has nonconference games over the next two weeks against Syracuse and Troy to get things right before jumping back into SEC play.

Mississippi State: It's a huge win for the Bulldogs, who now have a very interesting road game against Georgia next weekend. Mississippi State has a very good running game with Fitzgerald and Williams, and the defense is playing very well.

LSU hosts Syracuse in a nonconference game next Saturday.

Mississippi State goes on the road to face Georgia next Saturday.