State: Disclosure Could Lead to Inability to Do Executions 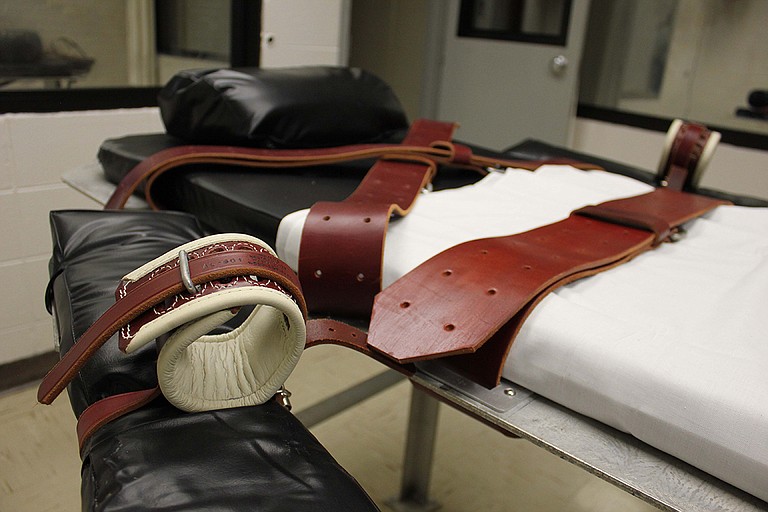 Mississippi right now plans to execute prisoners using a three-drug process, with a sedative called midazolam to render the inmate unconscious, followed by a paralyzing agent and a drug that stops the inmate's heart. Photo courtesy MDOC

JACKSON, Miss. (AP) — Lawyers for the state of Mississippi argued Wednesday that disclosing information could destroy the state's ability to get the drugs needed for executions, urging a federal judge to block death row inmates suing the state from obtaining any more information.

But lawyers for those inmates say the state is overstretching its interpretation of a Mississippi execution secrecy law, saying the state would choke off so much information that inmates wouldn't be able to make their case or challenge the state's version.

U.S. District Judge Henry T. Wingate said that he'll rule by the end of the month on the issue.

Mississippi right now plans to execute prisoners using a three-drug process, with a sedative called midazolam to render the inmate unconscious, followed by a paralyzing agent and a drug that stops the inmate's heart.

The use of midazolam has been repeatedly challenged nationwide because prisoners have coughed, gasped and moved repeatedly during executions. Lawyer Jim Craig argues midazolam risks leaving his inmate clients conscious during their executions, violating the U.S. Constitution's ban on cruel and unusual punishment. However, the U.S. Supreme Court has previously upheld the drug's use.

Under current law, Craig's clients have to show there's some better and readily available way for them to be executed to win the case. Craig has been arguing that it would be preferable that they be put to death using only a dose of a barbiturate called pentobarbital. Mississippi previously used that drug as the first step in the three-drug process, but stopped, with state officials saying they couldn't obtain the drug.

Texas, Georgia and Missouri use pentobarbital custom-made from raw ingredients by pharmacies. In August, after sending an email to every other state prison system, Mississippi Corrections Commissioner Pelicia Hall was notified that a pharmacy in the Magnolia State could make the drug. Evidence submitted by the state shows the pharmacy initially agreed to make pentobarbital for Mississippi, a significant step because Craig has been trying to prove Mississippi hasn't tried hard enough to find a pharmacy.

But Assistant Attorney General Paul Barnes said Wednesday that the pharmacy has stopped responding to calls. That leaves Mississippi relying on the pharmacy supplying midazolam, which has sworn it will only continue if its identity remains a secret.

"Those identities have got to remain confidential if the state's going to have the ability to obtain the drugs," Barnes told Wingate.

While Craig has proposed an order to let attorneys and others share the information in secret under Wingate's supervision, Barnes said that leaves too much risk.

"If the information leaks, no matter what its source, the state will lose its supplier," he said.

Barnes suggested that the reason the pentobarbital pharmacy bailed out was because of Craig's attempts to find information, saying that if Craig would agree to the broad secrecy order, maybe the state could coax the pharmacy into providing his clients' preferred execution drug.

Craig, though, argues that Mississippi is trying to use its recently passed execution secrecy law to shield almost everything. He said his clients have a right to take evidence on at least some questions.

"The general rule, that the court is entitled to every person's evidence, is what governs," Craig said.