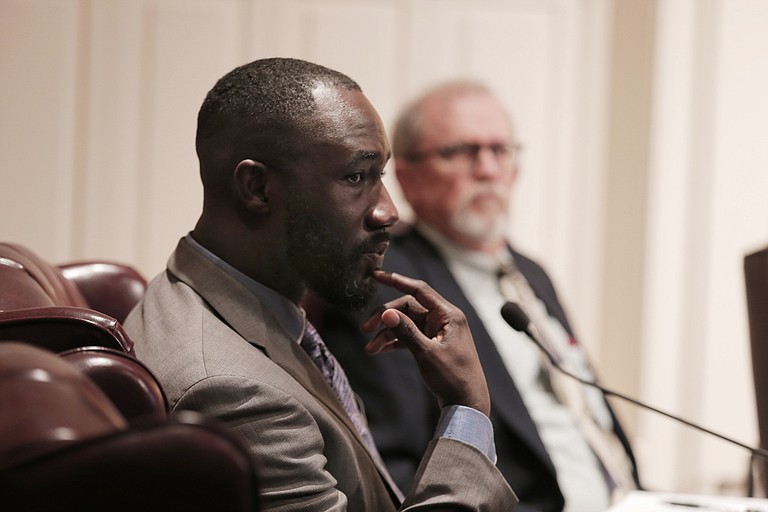 JACKSON, Miss. (AP) — The former mayor of Mississippi's largest city subdued and paddled a man who police say was burglarizing his vehicle.

Yarber dragged Bibbs into his garage, held him on the floor and hit him with a paddle while awaiting police.

In a video , Yarber shouts at the suspect and says: "When you break in people's stuff, it's because somebody ain't whooped your tail!"

Yarber is a minister and former school principal. He lost re-election this year.

Police recovered a handgun they believe belonged to Bibbs. He is charged with auto burglary and marijuana possession. It's unclear if Bibbs has a lawyer.