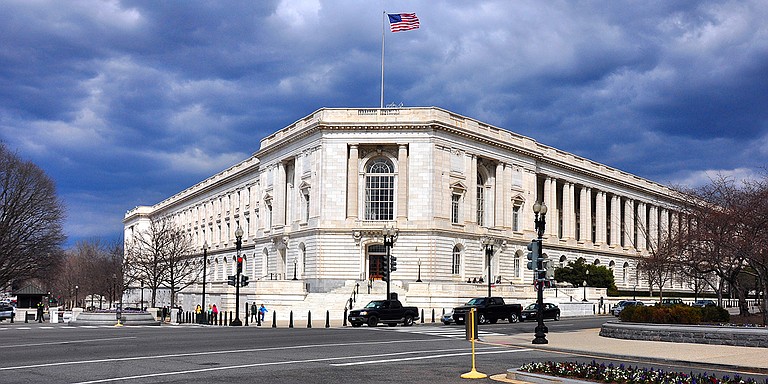 Trump's early-morning tweet embraced a sequential approach favored by only a handful of conservatives eager to take quick action on one of the party's foremost priorities — repealing Obamacare, something Republicans have long promised to do. But his suggestion threatened to sharpen divisions between conservatives and moderates, who are leery of stripping coverage from millions of constituents without something to substitute for it.

"If Republican Senators are unable to pass what they are working on now, they should immediately REPEAL, and then REPLACE at a later date!" Trump tweeted.

Supporters of that idea include Sens. Ben Sasse, R-Neb., and Rand Paul, R-Ky.

House and Senate leaders long ago abandoned initial thoughts of first erasing Obama's law, and then replacing it.

Such a step-by-step approach would leave Republicans vulnerable to Democratic accusations that they were simply tossing people off coverage without helping them obtain medical care. And the idea would leave unresolved the quandary stumping lawmakers today — how to replace Obama's system of online insurance markets, tax subsidies and an expanded Medicaid with something that will get enough Republican votes to pass Congress.

On Thursday, Senate Republicans were considering breaking a stalemate over what their replacement bill should do by preserving a tax boost Obama's law imposed on high earners. Keeping that tax increase in place was a bid to woo party moderates and rescue their sputtering push to repeal his health care overhaul.

The break from dogma by a party that has long reviled tax boosts — and most things achieved by Obama — underscores McConnell's feverish effort to rescue the Senate legislation from the brink of possible defeat.

The money from the tax boost would instead be used to bolster proposed health care subsidies for lower-income people.

The change, proposed by Sen. Bob Corker, R-Tenn., would give a more populist flavor to the bill. The nonpartisan Congressional Budget Office says that as the legislation now is written, it would boost out-of-pocket costs for many poor consumers and produce 22 million uninsured people while cutting around $700 billion in taxes over a decade — largely for richer people and the health care industry.

"You're increasing the burden on lower-income citizens and obviously alleviating the burden on the wealthy. That is not an equation that works," Corker said. He said he was "very confident" that leaders would address the issue in the updated bill.

Top Republicans also considered an amendment pushed by conservatives to let insurers offer plans with low premiums and scant benefits. To do so, a company would also have to sell a policy that abides by the consumer-friendly coverage requirements in Obama's 2010 statute, which the GOP is struggling to repeal.

Both proposals were encountering internal Republican opposition, and it was uncertain either would survive.

McConnell postponed a vote on an initial version Tuesday because of opposition from conservatives and moderates alike. By this week's end, he wants to nail down changes that would assure the bill's passage after Congress' weeklong July 4 recess. No more than two of the 52 GOP senators can oppose the measure for him to prevail, and there were no indications he'd achieved that margin as senators left town Thursday.

"We're kind of at a stalemate right now, I'd say," said Sen. Shelley Moore Capito, R-W.Va., who with Ohio GOP Sen. Robert Portman and others wants to forestall reductions the measure would make in Medicaid.

The Medicaid program for low-income and disabled people has grown dramatically in their states and others, but the Republican bill would cut it, with reductions growing over time.

Under Corker's proposal, the bill would retain Obama's 3.8 percent tax increase on investment income for married couples making more than $250,000 a year and individuals making more than $125,000. Keeping that increase would save $172 billion over 10 years, and moderates want to use that money to make coverage more affordable for poorer consumers.

Also in play was a proposal by Sen. Ted Cruz, R-Texas, to let insurers offer skimpier policies, which conservatives say would lower premiums.

Moderates oppose that, especially if it lets insurers raise premiums on people with pre-existing medical problems.