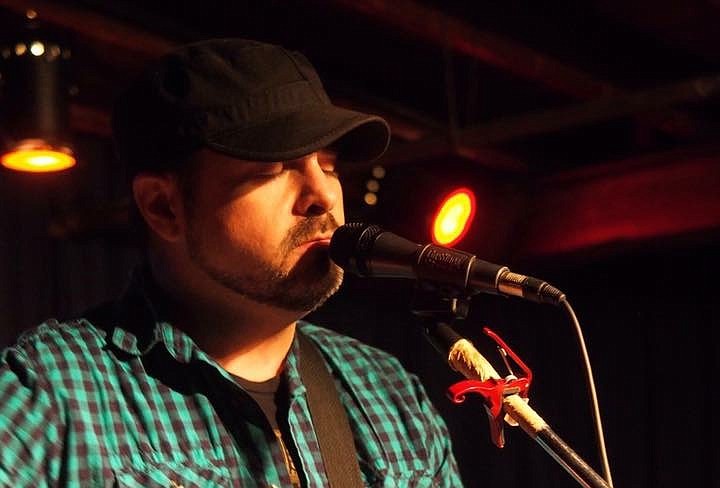 When singer-songwriter Jason Turner went into Malaco Recording Studios to record his seventh full-length album, "Reset," he knew that he wanted something different, from the mindset behind the project to the sounds that it presents.

"Reset," which came out Dec. 2, is Turner's first release on Malaco Music Group's imprint label, Old Trace Records, which also features Jackson artists such as Ron Etheridge and Stace & Cassie. The album's title has a dual meaning for him, he says. The first came from concepts that he dealt with on "Starting Over," the first track on the album.

"When I wrote that song, I was thinking about if you're in the same place for a long time, doing the same thing," he says. "I was thinking almost of social media—I've posted enough times that I have a show or that I'm putting some music out, I worry that it becomes white noise. ... I was thinking in terms of resetting. You can either give up, or you can start over and put your heart and soul in it."

As for the second meaning behind the title, Turner says it came from a feeling that he reached a point in his music career where he needed to follow his own ideas about where his songs should go, rather than catering to others.

"There's always been some voice, whether it's a producer or a friend or another musician, who says, 'Do this. This is what you should do to make it,' which I'm not really interested in," he says. "I was like, 'You know what? I'm going to do my songs the way I want to do them. If nobody likes it, cool; if everybody likes it, cool.' That's resetting. I'm just going to be me from now on."

That decision also allowed Turner to bring a different sound to "Reset" than his past releases. He says his previous records have been more produced, adding elements like electric guitar and organ, and changing the direction of the music from the sound that fans would hear at his many solo gigs and performances with the Jason Turner Band, which also includes drummer Matt Newman and bassist Dan Joyner.

To more accurately capture the essence of his band's shows, the group recorded a majority of "Reset" live over the course of about 20 hours in fall 2015, working with producer Kent Bruce at Malaco. Turner even used only his own acoustic, effects and amplifier for the guitars on the album, an idea that worried him initially.

"I was terrified going in," he says. "I was like, 'You know, this sounds great onstage but it might sound like crap when you record it.' Maybe Kent Bruce was a little leery of it at first, too. He was like, 'So, we're just going to use this acoustic guitar, through an acoustic amp?' And I said, 'Yeah, but look at what it sounds like when I hit this pedal.'"

Those who have caught Turner's performances around the Jackson metro area may remember how he uses effects pedals on his acoustic to make for more dynamic shows. He often goes for a sound similar a Les Paul electric guitar, albeit with its own unique qualities, he says.

Thankfully, the new sounds—and the new spirit behind them—combined just as smoothly as he hoped they would on the album, and "Reset" is now his favorite record thus far, Turner says.

"I'd say I'm more proud of this than anything I've ever done, music wise," he says. "I'm just really anxious for people to hear it. Even if you don't hear anything else I've done, just check this out."

"Reset" is available now on iTunes, Amazon and most digital retailers. For more information, find Jason Turner on Facebook.