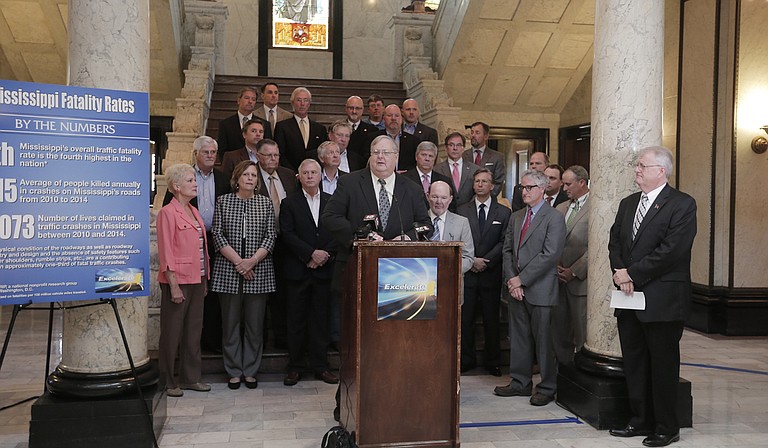 Blake Wilson has led the state chamber of commerce for 19 years, and will retire June 16. Before coming to Mississippi, he worked in Delaware and Florida. Photo by Imani Khayyam.

JACKSON, Miss. (AP) — The head of the Mississippi Economic Council is retiring in June, and a current staff member has been named interim president and chief executive officer, the organization said Wednesday.

Blake Wilson has led the state chamber of commerce for 19 years, and will retire June 16. Before coming to Mississippi, he worked in Delaware and Florida.

The interim leader is Scott Waller, who has been with MEC the past 11 years. Waller's most recent position was executive vice president and chief operating officer. The Shubuta native is a graduate of Mississippi State University. Before going to work at MEC, he worked in journalism for 20 years in Mississippi and South Carolina. He was business editor of The Clarion-Ledger and was owner and publisher of the Madison County Journal.

MEC conducts leadership programs and advocates for workforce development. In recent years, it has been urging lawmakers to fund improvements for highways and bridges.

William G. Yates III, president and CEO of Yates Companies, is the 2017-18 chairman of MEC. He said in a news release that Wilson "truly embraced and celebrated the spirit that makes Mississippi great."

"We appreciate his innovative programming and use of technology to grow our reach, but also his commitment to MEC's legacy," Yates said.