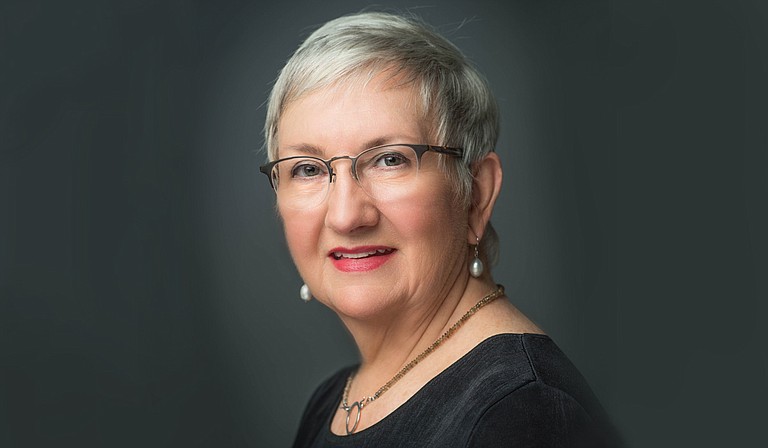 Author Jackie Warren Tatum has always written, but her work was far from the field of crime fiction that readers will find in her debut novel, "Unspeakable Things" (Mill City Press, $16, 2016).

For much of her adult life, the Alabama native worked as an English teacher and then a lawyer in north Mississippi, where she moved after her late husband James Warren Jr. died from a heart attack at age 28. She opened her own law practice and became the first female member of the Tippah County Bar Association, eventually becoming a special assistant attorney general for Mississippi in the early 1990s.

Tatum retired from the state attorney general's office in late 2005 and began looking for the next step in her life. She took a course on creative nonfiction writing that Jackson Free Press Editor-in-chief Donna Ladd taught in 2006.

During that time, Tatum was also training for a half marathon that she would be running in San Diego, which became the basis for her first JFP story.

"That was my first real writing experience outside of the professions of lawyering and teaching, and it was a good experience, so I did freelancing with them," she says. "Then, at some point there, I decided to write a memoir for my kids about their father, who is deceased."

While Tatum says the memoir did not turn out the way that she had hoped, it did get her thinking about the fact that there were areas in her life that she needed to write about and reflect on.

She had kept a journal daily since the 1990s, which she says is crucial to writing, but she also realized that she wanted to try her hand at long-form writing.

"I started this novel, and I had tried to start novels over all this other writing, but I mean, I couldn't get the horse saddled," she says. "The horse wouldn't even stand still for me to saddle it. And I would get really disgusted and think, 'Why can't I do this?' Now looking back, I know the reason (is that) I hadn't had the experience of the self-introspection that the journaling gave me, the moving inside of me that made me understand I was a writer, and writing the memoir—taking a chance at writing something bigger than an article."

Over the course of about six years, Tatum wrote "Unspeakable Things," which she self-published on Dec. 7, 2016. The novel follows widow Renee whose life shatters after she meets a mysterious and predatory stranger called Silver shortly after losing her husband.

"Unspeakable Things" is a crime thriller and drama at its core, but Tatum says the story is also one of loss, truth and self-discovery. Her life experiences and interactions with others greatly influenced the narrative, although the events are fictional.

"Because of my own history, writing this book was a healing experience, and I think all writing is, if we actually write," Tatum says. "We can put words on a page, and that can be writing, but if we allow ourselves to (practice) the kind of self-involvement that can happen in writing, it's not necessarily a day at the park. It's hard work, and it's very emotional."