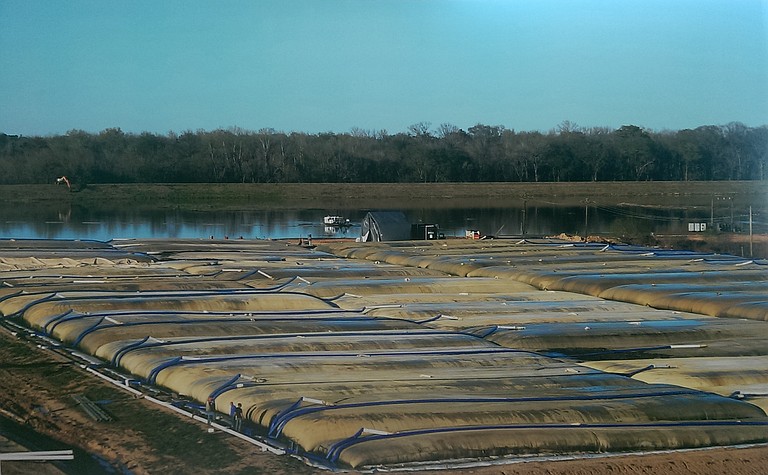 The Savanna Street Wastewater Treatment Plant may no longer be the only such facility on the Pearl River as the West Rankin Utility Authority moves forward with its plan to build its own plant. File Photo

The City of Jackson's monopoly on wastewater treatment for the region lost ground last week as a Rankin chancery court agreed with an earlier decision to allow the West Rankin Utility Authority to build its own wastewater-treatment facility on the Pearl River.

"The City believes that the construction of a new wastewater treatment plant that discharges into the Pearl River is an unnecessary expense to all of its Savanna Street customers in Rankin, Hinds, and Madison Counties that will degrade the water quality of the Pearl River."

Rankin Chancery Court Judge John C. McLaurin Jr., in his Jan. 19 opinion, said the Mississippi Environmental Permit Board was correct to issue the WRUA the permit to discharge treated wastewater into the Pearl River, the first step necessary to expand Rankin's wastewater system.

The WRUA has hired an engineering firm, Pickering Engineering Services, to start the exploratory work necessary to begin construction, Keith Turner, the attorney representing the WRUA in these proceedings, said in a Jan. 27 interview.

Turner said the WRUA exercised its option to disengage from the contract with Jackson. "We believe that the new plant is good for the citizens of Rankin County," he said. "It's a good, cost-effective, efficient and long-term plan to deal with wastewater for the county, both financially and environmentally."

Turner said Jackson has to replace the Savanna plant at some point anyway.

"As far as the impacts to the city, I think that Jackson is overstating the financial impacts," Turner said. "They are being overly dramatic about it. We don't agree with a lot of the suggestions."

Turner added that the plant construction is likely years down the road. Turner said he did not want to comment too much on the present litigation in case the City of Jackson plans to follow its option to appeal straight to the state's top court.

"The City has 30 days within which to file an appeal of this decision to the Mississippi Supreme Court," the City of Jackson said in a statement.

"The City is weighing this option as well as other options to increase its customer base as a result of any lost customers of the West Rankin Utility Authority. The City will also be reassessing its plans for upgrading the Savanna Street Wastewater Treatment Plant under the Consent Decree to identify areas of savings that may be available as a result of any loss in some West Rankin Utility Authority customers."

Rankin County wants to cut its dependence on Jackson to avoid the issues that have assailed the long-suffering Savanna Street Wastewater Treatment Plant.

In 2012, the U.S. Environmental Protection Agency, the U.S. Department of Justice and the Mississippi Department of Environmental Quality entered into a complicated settlement agreement with the City of Jackson, called a consent decree, to make significant repairs and renovations to the Savanna plant.

The goal is "to eliminate unauthorized overflows of untreated raw sewage and unauthorized bypasses of treatment ... " the EPA site about the consent decree states. The EPA gave Jackson a series of rolling deadlines, the first of which is in late 2018.

Turner said the contract between Jackson and WRUA funneled money to Jackson's water/sewer fund, the largest of the pools of money the City uses to address infrastructure needs in the Public Works department. Turner argues that the current legal fight is over the money that the capital city could lose, asserting that the WRUA plant would make cleaner runoff than Jackson's plant.

"We pay them several million dollars a year, obviously, to treat the wastewater," Turner said of the City of Jackson. "And that money will no longer flow once our plant is up and functioning."

After the permit board approved the WRUA application, the City of Jackson filed a lawsuit in Hinds County Chancery Court to stop the process from moving forward, arguing that constructing a new wastewater-treatment facility would degrade the quality of the water.

The WRUA successfully moved the venue for the proceedings to the Rankin County Chancery Court, where the judge decided that the permit was valid.

The City of Jackson's Jan. 27 statement hinted that Jackson remains open to a partnership with the WRUA.

"Finally, the City will continue to be open to any new, mutually advantageous relationship with the West Rankin Utility Authority that will maximize the existing treatment capacity at the Savanna Street Wastewater Treatment Plant and maintain the existing low cost of treatment, while planning for the future."