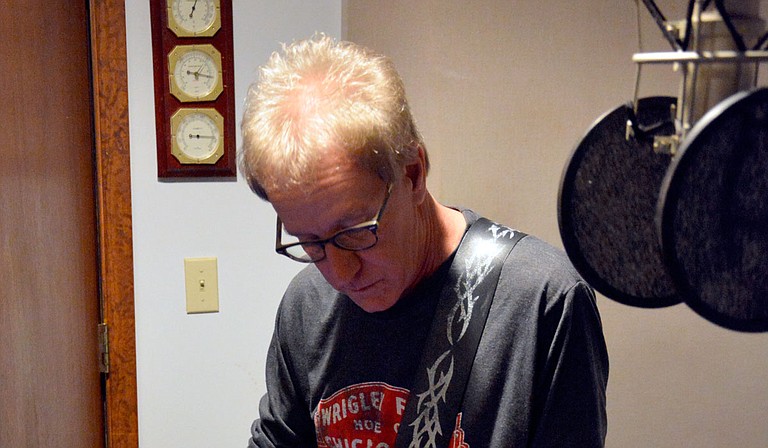 For Larry Brewer, writing songs isn't a "some of the time" endeavor. He has been a professional musician for more than 40 years, most notably as the frontman for rock act The Windows in the 1980s and then as a solo artist in the Jackson-metro music scene after the group disbanded in 1995. That experience doesn't mean there's an exact science, though.

"Songwriting is a really strange thing for me," Brewer says. "I really don't know where a lot of these songs come from. As you may know, they just kind of happen. Like, I was asked the other day, 'How do you do it? What's your process?' and a lot of times, I find that I'll come up with the first two lines fairly easy, and I'll go, 'Man, those are some pretty good lines.' Then, there's a momentary panic of, 'Well, now I've got to fill up the page.' But they always come!"

Often, he says that his albums are less about writing for a release and more about collecting the songs that accumulate. Such is the case with his upcoming fifth solo record, "Shine," an album that took about three years to make and brought Brewer to five studios around the Jackson metro area and beyond.

The first step toward "Shine" began when he recorded the song "In This Room" with Drew McKercher at the now-closed Morningbell Records. At the time, Brewer only planned to record one song, so when Richard Wray Willis asked him to produce his album, "Love Letters," he shifted his focus to that project for about eight months.

"Shine" picked up steam again Brewer's friend and fellow musician, Hunter Gibson, asked him about tracking to test some new equipment at his home studio.

The pair ultimately worked together on six songs from "Shine," including the title track. The album also features the songs "Drink Up" and "Politics America," which Brewer tracked with Randy Everett at Terminal Recording Studios, now called GRAND Recording Studios, and finished with Kent Bruce at Malaco Studios.

After their success on those songs, Brewer recorded another, titled "Let Me Down," at Malaco.

Another thing that makes "Shine" stand out from Brewer's other releases is that it features his brother and former The Windows bandmate, Allen Brewer, on drums, as well as Kevin Synan, who played bass for The Windows. Since both players are based in Tennessee, Brewer decided to record the song "Second Time Around" at Highland House Studio in Jackson, Tenn., before finishing it at Gibson's studio.

While it took more time and more stops than he expected, Brewer says "Shine" is one of his favorite albums thus far. Often, he says, by the time someone writes, records and finally listens to an album, they're ready to move on to the next project.

"But this album, I find myself listening to it still," he says. "I like it, and there are songs on there that surprise me that I wrote them. ... I don't know if I'm just growing in my songwriting, maturing or whatever you want to call it, but I like it."