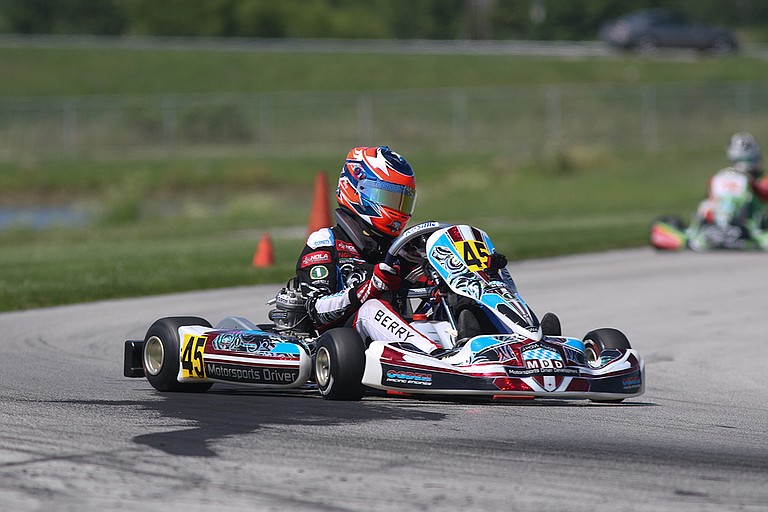 Jackson native Daniel Berry says he has always been interested in the engineering behind fast cars such as the ones in Formula 1 and IndyCar racing. It was working on a go-kart that sparked his curiosity for racing and made him want to test his driving skills.

He began go-kart racing in 2015. Because there isn't a track in Jackson for him to practice, he has to travel to New Orleans, where the nearest one is located.

Although Berry competes at a club level and just began competing on a national level, he strives to go forward even though the path is uncertain.

"In racing, your career path isn't something you can typically plan," Berry says. "Obviously, I'd love to go all the way to IndyCar or Formula 1, but it depends on a lot of different circumstances; it primarily comes down to having enough money to move up from karts to cars, and having the right connections to get you into the higher levels. ... In working with Jay Howard, I have the connections necessary to take me to the top; it's just a matter of money at this point."

Even though the nearest track being 200 miles away, he doesn't let the distance derail him from his dream.

"I'm hugely inspired by a driver called Lake Speed," Berry says. "He (was) the only American to ever win the (Karting World Championship before 2015), and oddly enough, he was born and raised in Jackson. The fact that Lake Speed was able to win the (Karting World Championship) while living in Jackson really showed me that geography shouldn't stand in the way of my racing."

In August, Berry will be a junior at Jackson Preparatory School.

Although he spends the majority of his time practicing his racing and competing, Berry says he still has plans of pursuing a secondary education after he graduates from high school. He says he wants to attend either Clemson University or Alabama State.

"I believe I'm going to major in mechanical engineering because I really enjoy solving problems, and I'm particularly good at math and physics," Berry says.

His favorite subject in school is math, and during his leisure time, he says he enjoys playing the guitar and several other instruments.