Where Did the City Tax Revenue Go? 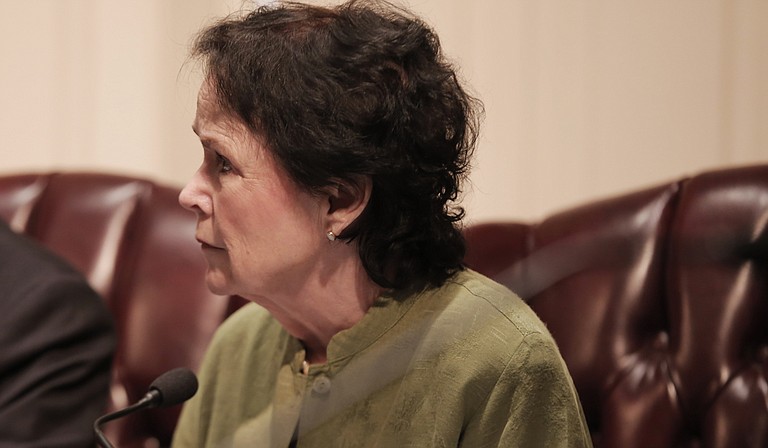 Ward 7 Councilwoman Margaret Barrett-Simon said during the Sept. 2 meeting that the citizens and employees of the City of Jackson bear the consequences when the city “falters” and that taxpayers and employees have to “pick it up.” Photo by Imani Khayyam.

JACKSON — Deborah Williams, a 911 dispatcher with the City of Jackson, spoke before the Jackson City Council on Sept. 2, admonishing the administration for freezing 11 vacant positions in her department.

"We are the first responders. We are the first to provide assistance to the citizens when they need help," Williams said. "Being adequately staffed should lower the potential for mishaps, and the quality of service would not be compromised for the citizen or the officers in the field."

These freezes across the City administration, she said, with only five vacant dispatch positions to be filled, increases the chances for accidents and—in this trying economic time for the municipality—makes Jackson woefully at risk for more lawsuits.

The council decided on Sept. 2 to raise the millage rate for Jackson taxpayers by 3 mills and that the dispatch positions will stay frozen, the latest indicator of the poor health of the City's finances.

"One mill," a resource sheet from the state's department of revenue explains, "is equal to 1/1,000 of a dollar," so $1 in taxes is levied for every $1,000 of value. The county tax assessor's office uses state-outlined rules to determine the "true value" of the property, from which they calculate the "assessed value," usually 15 percent of the true value.

So then, in the case of a property with a true value of $100,000, meaning the assessed value would be $15,000, the 3-mill increase would result in an additional $45 a year. This brings the City's millage rate for next year up to 61.03 mills, an increase over which council members expressed displeasure.

"In every instance where we have faltered, the taxpayers have had to pick it up, and our employees have to pick it up," Ward 7 Councilwoman Margaret Barrett-Simon said during the Sept. 2 meeting.

Ward 2 Councilman Melvin Priester Jr. warned that the City would still have to manage the funds from the higher taxes better than they have in the past.

"I think one of the temptations would be to raise the tax rate higher, but we haven't seen anything from the management end to make us believe that if we raise the tax rate even higher on people that it would actually go to the right places," he said during the meeting before the increase was passed.

"I am frustrated that I can't trust that if we did this option of a higher tax increase that it would result in the money being properly managed and spent to better the city."

Priester's comments were met with applause from the gallery and even some of the council members themselves.

"No more of this back and forth," Priester continued. "Just get us the numbers so that we can start to truly end the furlough and get to a 7.5-percent reserve. We've got no choice."

However, Jackson's city millage isn't the full rate that Jackson property owners pay. Hinds County Tax Assessor Charles Stokes explained on Sept. 7 that the total millage rate is added up from several different tax rates: the city rate, the county rate and the school-district rate. As of press time, and pending any changes by the county, the total millage for a Jackson property owner is 183.95 mills, Stokes said, which includes the county's 38.33 mills, the city's 61.03 and the school district's 84.59 mills.

But where did the tax revenue go and did the City have to make up for the $500,000 shortfall? Stokes told the Jackson Free Press that tax revenue is dropping mostly due to property coming off the tax rolls, which can happen for a variety of reasons.

"Either the businesses are leaving or closing," Stokes said, explaining that some classes of property are exempt from taxes, including churches. "If you drive around Jackson, you see a lot of abandoned buildings and churches."

Stokes said that out of the 71,350 parcels within Jackson, 7,475 are not on the land roll, for a number of reasons. That includes state property, churches and abandoned property. The number, he said, might seem low but that together the value could be quite large.

Total property tax revenue collected from Jackson dropped between September 2015 and September 2016 by almost $5 million, down to $54,317,424.65, although it is important to understand that the City does not receive all the collected monies. Some goes to the county, some to the state and some of it pays for the schools.

Hinds County Tax Collector Eddie Fair said the same about the property issue but expanded the problem into the larger context of what is happening in Jackson.

"The reason the taxes are dropping off in the City of Jackson is that many of the businesses you have in and around the city have left or closed down," Fair said.

"So when those big businesses leave, all of your taxes are gone," Fair said, adding during a separate interview that while he didn't have the exact percentage, he estimated the contribution from businesses to be significant. "What the City of Jackson needs to do is make sure that the businesses we have, we need to keep them, and the businesses out there, we need to recruit them."

"If we don't do that kind of stuff, then the City of Jackson is going to continue to hurt," Fair said.

"Crime is high, education is low."