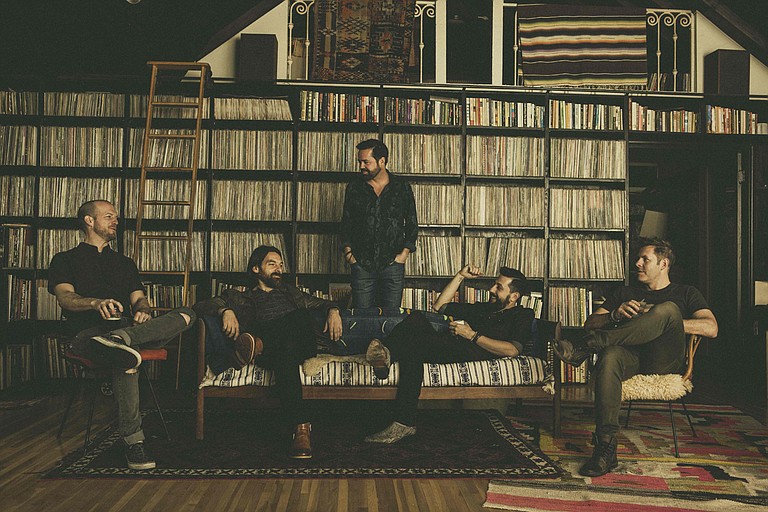 Whether you're stoked about livestock or a carnival-ride enthusiast, the Mississippi State Fair brings plenty of entertainment to downtown Jackson each year. One of the fair's biggest draws is its annual concert series, which has brought in major musical acts such as Ginuwine, the Charlie Daniels Band, Blue Oyster Cult, Shawn Mendes and Bell Biv Devoe in recent years. Here are the headlining acts that Jacksonians can catch at the 2016 Mississippi State Fair, which takes place Oct. 5-16.

Travis Tritt has been on the country-music radar since the release of his debut album, "Country Club," which earned him a Billboard Award for top new male artist in 1990. He followed that a year later with "It's All About to Change," which went triple-platinum and brought some of his most iconic songs, including "Anymore" and "Here's a Quarter (Call Someone Who Cares)."

Over the course of the Georgia-native singer's 27-plus-year career, he has earned two Grammy Awards and three Country Music Awards, among other accolades. His most recent release was the 2014 single, "That's What Dreamers Do," which appears in the Walt Disney biopic, "As Dreamers Do," a film that Tritt also narrated.

Even for people who aren't country-music listeners, Frank Foster may be a familiar name. The Louisiana native and former oil-field worker made several stops in Jackson in recent years, including a performance at Hal & Mal's in June. Foster has kept a pretty busy schedule on the road since releasing his fifth studio album, "Boots on the Ground," in January, which debuted at No. 7 on the Billboard country charts, only three spots below his 2014 album, "Rhythm and Whiskey."

Some readers might remember Alter Bridge as the act that began from the breakup of Creed, which guitarist Mark Tremonti, bassist Brian Marshall and drummer Scott Phillips played in before joining with vocalist Myles Kennedy.

However, Alter Bridge has been a force in its own right for more than 12 years now, starting with the band's debut album, "One Day Remains," reaching gold status. Since then, all four of the band's studio albums reaching the top 20 on the Billboard 200, and the past three releases peaked at No. 2 on the hard-rock charts. Alter Bridge's performance in Jackson falls only three days after the group's fifth studio album, "The Last Hero," hits shelves.

To many listeners, Boyz II Men will always be the R&B behemoth that broke countless records with hits such as "End of the Road," "I'll Make Love to You" and "One Sweet Day," the latter of which still holds the record for most weeks at No. 1 on the Billboard Hot 100, with 16 weeks.

While fans can expect some classics, Nathan Morris, Wanya Morris and Shawn Stockman haven't rested on past successes. The trio has released 11 studio albums to date, including 2014's "Collide." So if you haven't heard how the group has evolved in recent years, it may be time to brush up on the new Boyz II Men.

Despite its name, Nashville country band Old Dominion is very much a product of the here and now, peppering in elements of rock, pop and hip-hop. Old Dominion only has two releases thus far—a 2014 self-titled EP and debut album "Meat and Candy," which hit shelves in November 2015 and peaked at No. 3 on the country album charts—but country fans have likely heard the members' work before, with co-writes on songs for The Band Perry, Kenny Chesney and Dierks Bentley, to name a few. More recently, group has received plenty of radio time with its own tracks, such as "Snapback" and "Song for Another Time."

Brooklyn-based pop band American Authors has been all over mainstream music in the past three years, and that goes beyond radio play. Commercials, movies, video games and all manner of media have featured the band's singles, including No. 1 hit "Best Day of My Life" and "Believer" from debut album "Oh, What a Life" in 2014 and "Go Big or Go Home" from their sophomore album, "What We Live For," released in July 2016. The band performs in Jackson two days before hitting the road to co-headline a national tour with The Fray.