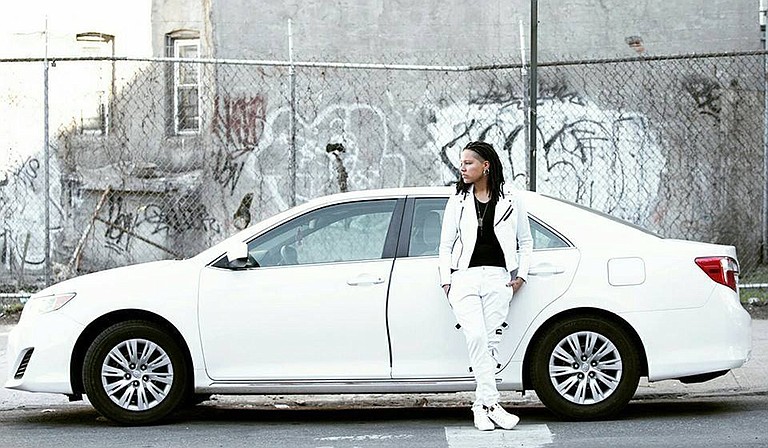 JACKSON, Miss. (AP) — A rapper draped herself in a Confederate battle flag and hung a noose around her neck during a performance to protest Mississippi Gov. Phil Bryant's proclamation of April as Confederate Heritage Month.

Genesis Be grew up in Biloxi, Mississippi, and she said her April 26 performance was at a music venue called SOB's in New York.

The 27-year-old Be, who is African-American, said Thursday that Bryant's proclamation, which did not mention slavery, was a "slap in the face not only to my ancestors but everyone's ancestors who fought against the Confederacy."

"In my eyes, it is an anti-American heritage," Be said in a phone interview. "The fact that my ancestors were brutalized under these same ideals of putting profit before people was my real motivation." 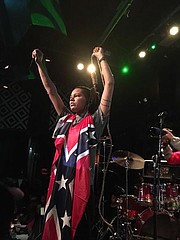 The governor's office did not immediately respond to a request for comment Thursday.

When Republican Bryant issued the proclamation in February to name April as Confederate Heritage Month, his spokesman Clay Chandler said that previous Democratic and Republican governors of Mississippi had issued similar proclamations.

"Gov. Bryant believes Mississippi's history deserves study and reflection, no matter how unpleasant or complicated parts of it may be," Chandler said in February. "Like the proclamation says, gaining insight from our mistakes and successes will help us move forward."

Be moved from Mississippi to New York several years ago to study music and politics at New York University, and she describes the songs she writes as "political satire, parody hip-hop." Be said she ordered the noose, as a prop, online.

"I had trouble finding a Confederate flag," Be said, "which I guess is a good thing."