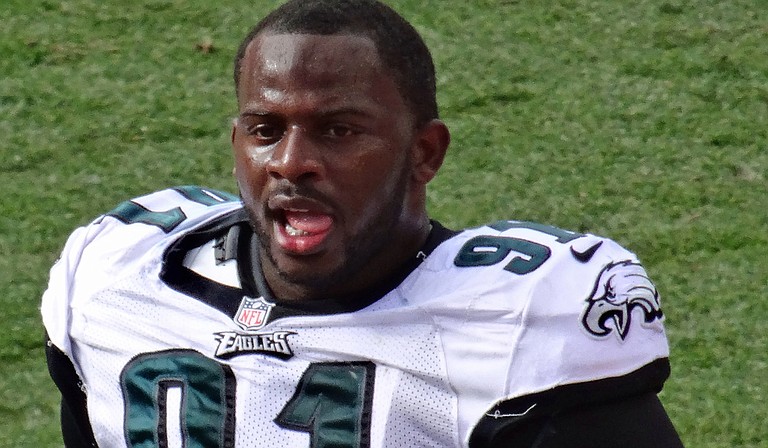 When the New Orleans Saints played the Philadelphia Eagles in week five of the 2015 NFL season, one player stood out above the others.

After being one of the biggest snubs for last year's Pro Bowl, Cox made sure the same wouldn't be said by the end of the 2016 season. In the Eagles' 39-17 win over the Saints, Cox was all over the field and seemingly in Brees' face every time he dropped back to pass. Cox finished the game with three sacks, two forced fumbles on sacks and a fumble recovery. He also had nine total tackles as a one-man wrecking crew for the Eagles.

Back in 2012, Philadelphia jumped up three spots from No. 15 to No. 12 in the NFL Draft to get Cox because they believed he would become a Pro Bowl defensive lineman. Now, at just 25 years old, he is starting to enter the prime of his career, and he wanted to get paid like the Pro Bowl player he had turned into on the field.

Philadelphia got a bargain by paying Cox just $10.2 million in his first four seasons with the club. The Eagles knew they needed to lock up their star defensive lineman after his 104 total tackles, 80 solo tackles, 16.5 tackles for a loss, 9.5 sacks, three forced fumbles and two fumble recoveries this past season.

Cox was set to make $7.79 million this fall when the Eagles picked up his fifth-year option. Both sides wanted a long-term deal, but Cox wanted the new contract completed before the start of the season.

It isn't like last season was a one-year wonder for Cox. Since coming into the league, he has improved each year. As a rookie, Cox posted 65 total tackles, 46 solo tackles, seven tackles for a loss and 5.5 sacks.

Cox hit a bit of a sophomore slump, as the Eagles switched from a 4-3 defensive scheme to a 3-4 scheme, and Cox moved from his natural position of defensive tackle to defensive end. He had 66 total tackles, 44 solo tackles, three sacks, one tackle for a loss and one fumble recovery that year.

He became more adjusted to the new scheme in his third season in the NFL, posting 70 total tackles, 59 solo tackles, seven tackles for a loss, four sacks, three fumble recoveries and one forced fumble.

On Tuesday, June 14, the Eagles and Cox came to an agreement on a six-year contract extension that will run until 2022. The deal gives Cox $36.299 million guaranteed at signing and $63 million guaranteed in case of injury—the largest injury guarantee for a non-quarterback in NFL history.

This new deal is worth a total of $103 million, which puts Cox in the same territory of Ndamukong Suh, who signed a $114-million deal just two years ago with the Miami Dolphins. However, it is highly unlikely that Cox will play out the final two or three years of this contract, as his salary escalates at the end of the deal.

Most large NFL contracts like this rarely reach the end of the deal without players signing a new extension or reworking their deal. If the Saints don't sign Brees to an extension before the next season begins, he will be an exception to this rule.

The Eagles are returning to the 4-3 defensive scheme under new defensive coordinator Jim Schwartz and defensive line coach Chris Wilson, who coached Cox at MSU. Cox will move back to his natural position of defensive tackle, as well.

In just three years with the Bulldogs, Cox finished his career at MSU with 114 total tackles, 53 solo tackles, 24.5 tackles for a loss and 8.5 sacks in 36 games played with 27 starts. Cox was also an SEC Player of the Week as a junior, Freshman All-SEC, All-SEC as a junior and third-team All-American for the Associated Press as a junior.