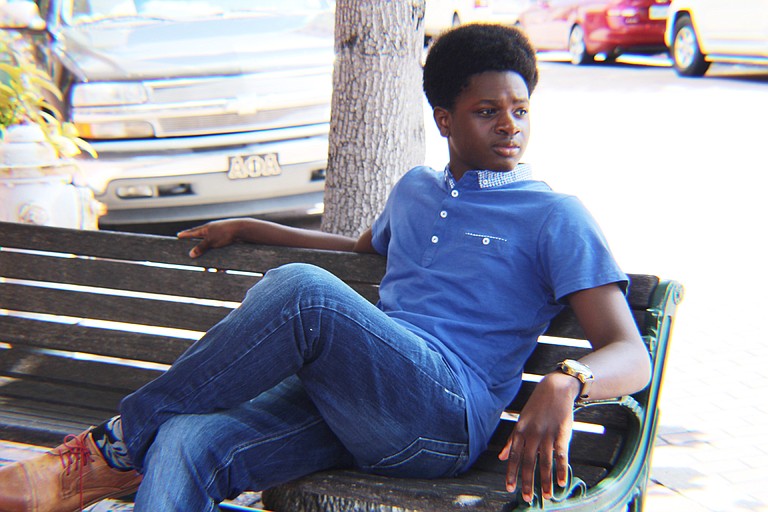 While looking out a window that overlooks Jackson, Edrick G. Franklin says, "If not band, then what?"

The 14-year-old was recently promoted from the eighth grade at Northwest Middle School, where he was an International Baccalaureate student. There, he also played French horn and alto saxophone.

Franklin will attend Jim Hill High School in the fall, where he will continue to be an International Baccalaureate student and will also participate in the marching band. He also plays the tuba.

Franklin has big dreams even before he crosses the threshold of Jim Hill.

"I want to become drum major by sophomore year," Franklin says. "If I stay motivated, anything will be possible." He says he is already practicing his drum major moves.

With both the International Baccalaureate program and band, Franklin says school will be a challenge.

He describes the IB program as "an advanced level of courses that give you no choice but to think outside the box. Once you do that, you never want to go back in that box."

He says he couldn't see himself participating in anything but IB.

"If I'm taking band in high school, then IB is a package deal for me to successfully enjoy high school," he says.

Franklin says he hears constant criticism of Jim Hill and its surrounding neighborhood's reputation, but it does not deter him.

"Jackson has its rough areas," he says. "Everywhere in the world does, but there are spots of great things within them. Like Jim Hill, you have to try to improve the city—not just complain about it."

Franklin admits he does have his share of complaints about the state. He says he doesn't approve of the current governor that too much—specifically his signing of HB 1523, also called the "Protecting Freedom of Conscience from Government Discrimination Act," which provides protections for "a sincerely held religious belief or moral conviction." Franklin finds the law appalling and unfair.

"I mean, Jesus is my main influence, but the governor seems to forget that not everyone believes in the same thing," he says. "It adds to the stereotype that Mississippi is a backwards place, and that's all Mississippi seems to be known for in the media."

Franklin, who was a member of the Mississippi Youth Media Project this summer, plans to study film in college. He is not sure about where he wants to attend yet, but says that will hopefully change after his first year of high school.

"Then I can attack the stereotypes and make art at the same time at a broader perspective," Franklin says.