If Donald and Melania Trump Were Black 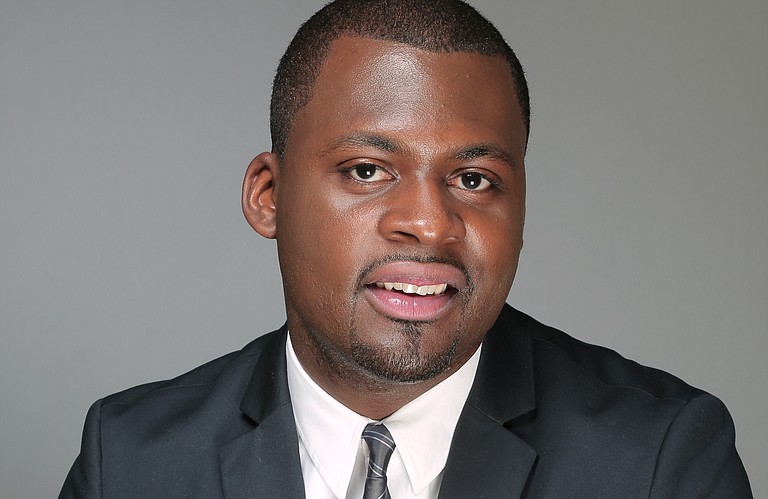 In the past year and a half, Donald and Melania Trump have taken our public consciousness by storm. Sure, Donald Trump was already a famous billionaire with a show, but his stature has grown immeasurably in his run for the White House.

Whereas his show aired once a week during the fall season, and the world got a Donald headline perhaps once or twice a month, he now dominates all airwaves, whether it's news, entertainment or pop culture. Media show his visage 24/7, and new Donald headlines pop up on the Internet every few seconds.

The headlines are either good or bad, depending on the political leanings of the website. Most conservative sites praise the Donald as the herald of a new age in America, where the greatness of our country will once again be realized. Liberal sites, on the other hand, tell of the danger of a Trump presidency and how he will surely leave a trail of brokenness if he is allowed to ascend to the White House.

While the country is divided on the Trump topic, certain facts cannot be denied, no matter one's political sensibilities: Donald Trump is a man devoid of compassion, and he has absolutely no clue on the proper way to play the game of politics. Depending on which side of the aisle you're on, this can either be good or bad.

Donald Trump says outrageous things. He has invited Russia to interfere in the U.S. election; he has threatened to unleash the nuclear arsenal of this country not once, not twice, but several times; he has repeatedly expressed interest in fringe racist groups (like the Ku Klux Klan) that dot the country; and he is a known liar. He has even bucked the norm and stubbornly refused to release his tax returns—which prospective voters generally examine in order to learn more about the candidates that are vying for their support.

Yet, his campaign for the presidency of the United States—his quest to become the leader of the free world—still remains as strong as ever.

Trump makes missteps and blunders several times per week—one such blunder that comes to mind is his ignorance regarding Russia's invasion of the Ukraine—but no matter how incompetent he comes across, his support has not waned.

Donald Trump has enjoyed a certain “freedom”: the freedom to lie, the freedom to be ignorant and the freedom to display incompetence; and as he so aptly put it, he could commit murder (by gun) in the middle of New York's Fifth Avenue, and he would still enjoy the “freedom” of doing whatever he wants and would never lose his support.

Donald's “freedom” is not just confined to him. It has even spread to certain members of his family. His wife, Melania, plagiarized an entire segment of her Republican National Convention speech (stealing it from the speech that Michelle Obama delivered at the Democratic National Convention when President Obama accepted his first nomination, no less), and yet, she is still revered and looked to as a first lady hopeful.

She has been outed as a possible illegal immigrant (which her husband strongly campaigns against), and even though this hypocrisy is evident, Melania still enjoys this “freedom.”

Melania has posed naked, not once but twice. No other first lady hopeful has ever been caught in such a compromising position, and yet Melania still has a chance of ascending to a position in the first family.

Both Donald and Melania Trump have access to a certain “freedom”: the freedom of being white in America.

To examine the veracity of this, we need only compare them to the first black president and his wife. President Barack Obama has faced undaunted and unprecedented criticism, and every aspect of his life has been under a microscope. He has been the focus of multiple conspiracy theories, with some—namely, Donald Trump—even accusing him of not being a U.S. citizen. President Obama could not escape the critical spotlight even regarding where he was born. There's no way he could have escaped the press if he had even mentioned shooting someone in Times Square, and if he had actually done it, he would have been promptly placed in prison, not the White House. If then-Sen. Obama in 2008 had refused to release his tax returns, every newspaper headline would have wondered, “What is he hiding?”

If President Obama showed that he was ignorant about the most basic geopolitical matters, his opponents would have used it against him to completely erode his support.

President Obama was caught on an open-mic honestly discussing the political reality of the U.S with the Russian president, and his opponents tried to use it against him to imply something more sinister. Can you imagine if Obama had stood before the press of the United States and publicly invited Russia to get involved in an American election? He would not have won in 2012, and he would have gone down in the annals of U.S. history as a traitor.

What about Michelle Obama? Michelle Obama is a lawyer and former hospital administrator who has been an inspiration for hundreds of millions of young women worldwide. As first lady of the United States, she has shown nothing but dignity and class, and still, she has been the target of jokes, ridicule and vitriol.

If Michelle had posed nude for any magazine or online publication, Barack would not have been elected President.

And if she or President Obama had been guilty of any of these things, then they would not have deserved the presidency. They would not have been worthy of inhabiting the same White House that has been the beacon of hope for Americans throughout the centuries.

They are not worthy of the White House. Donald Trump pushes hate the way any dealer pushes a narcotic: He metes out small doses of it to get the people hooked, and then latches to them and feeds their addiction until it grows stronger and stronger.

Melania Trump can't be a role model to young women. She doesn't possess the qualities of any of the first ladies before her. Her false poise is a sham, and her new persona is a forgery. Melania Trump has already shown us who she is. She is the type of woman who does not mind sneaking into our great country while wagging her finger at all those who desire to come here to improve their lives the same way she did. She does not mind pirating her way to the top office of the land, stealing from those who came before her in an effort to gain the support of the people. She does not mind exposing herself to the entire world, those images plastered across the Internet forever, giving those in foreign countries the chance to see the first lady of the United States of America in all her “glory.”

Donald and Melania Trump aren't worthy of the White House, and if they were black, none of us would even consider them serious contenders.