The Holy Trinity of Games 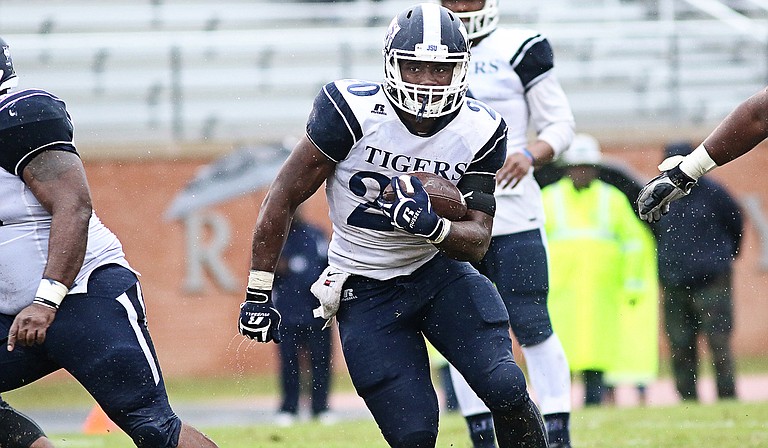 Thanksgiving is a time when we get together with family and friends, and give thanks for another year. In between the feasting, naps, leftover turkey, holiday shopping and more naps, there's plenty of great football.

The college teams playing in the final week of the regular season will want to end on a high note. In our state, a trio of games will highlight the holiday weekend.

When Mississippi State University and the University of Mississippi meet in the 2015 Egg Bowl, it will be a battle between teams whose pre-season presumptions have been upended through the course of the season. By many accounts, the Bulldogs have exceeded expectations; the Rebels, despite high-profiles wins, have underachieved.

Mississippi State continues a school-record streak by being eligible for its sixth consecutive bowl game. The school has won seven games this season, even though most of the sports talking heads thought six wins would be a stretch, and bowl eligibility would be nearly impossible for this season's Bulldogs, despite the return of star quarterback Dak Prescott.

Any chance at a SEC West title is essentially gone for both teams, so this year's Egg Bowl will be for bragging rights, improved bowl standing and pride. If the Bulldogs beat the Rebels, Mississippi State can also lay claim to a mythical state championship of the FBS teams because the team also beat the University of Southern Mississippi in the first game of the season.

With a victory against the Rebels, MSU can claim a 2-0 record against the state's FBS schools. If the Rebels beat the Bulldogs, UM can salvage this season, though it might still be remembered as a lost opportunity.

Mississippi State has already reached my preseason projection with seven wins before the Egg Bowl. UM would have to win against the Bulldogs just to meet my expectations of nine to 10 wins this season.

Southern Miss could have something different to play for on Thanksgiving weekend. Not only has the Golden Eagles program risen from the ashes like a phoenix, but greater glory could be ahead for the team.

If USM wins out leading up to the holiday weekend, it will put the team on a collision course with Louisiana Tech University for the Conference USA West division crown and a spot in the conference championship game. Southern Miss can even drop one of its final home games before the showdown and still be on track to play for a division title against the Louisiana Tech Bulldogs. USM has put itself in a position to not just go to a bowl game but, in a bit of a long shot, to go as division or conference champions.

Much like MSU, if the Golden Eagles keep winning, they will have surpassed the most college-football writers' expectations. Personally, I thought the limit for USM was six wins, but they could have eight before they step on the field with Louisiana Tech.

For the last of the trio of games, Mississippians will have their eyes on the capital city as Alcorn State University and Jackson State University rumble for bragging rights and a possible SWAC East division championship between the two premier SWAC schools in our state.

Jackson State has faced as much turmoil off the field as they have on it this season. Interim Athletic Director Robert Walker stepped down just a few weeks before head football coach Harold Jackson was fired.

The Tigers won only three games all season with just two left. Currently, the Tigers are holding third place in the SWAC East, looking up at Alcorn State and Alabama State University.

On Jackson State Senior Day, the Tigers could possibly play spoilers to their main state rival with a win. A loss would be just another damper in a season with five defeats in the first six games.

Alcorn State hasn't been nearly as dominant in the SWAC this season as it was last year, but the team currently sits at the top of the East division. The Braves are still in line to play for a SWAC title if they just win against JSU. This season, they have lost in close games against Grambling State University and Prairie View A&M University out of the West division. Lurking behind Alcorn State is Alabama State, which can leap in front of the Braves if they stumble.

JSU could get a chance to ruin Alcorn State's dream of a repeat victory as the SWAC football champion. Jackson State has disappointed me this year, as I picked them to win seven games. I had Alcorn State winning seven games, which is still possible for the Braves, who could walk away with eight victories if they beat JSU.