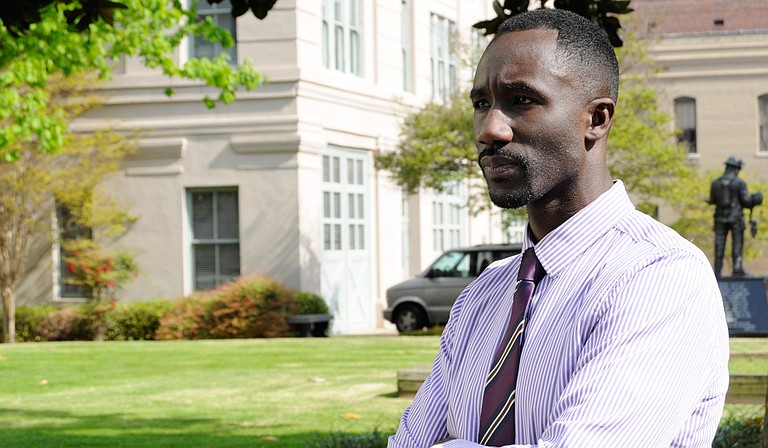 Mayor Tony Yarber hopes Uncle Sam can help the City of Jackson with some of its infrastructure challenges.

Yarber, who declared a civil emergency in March, hoping to draw emergency funding to protect the city's water supply, recently traveled to Washington, D.C., to meet with representatives of U.S. Sen. Thad Cochran and U.S. Reps. Bennie Thompson and Gregg Harper, whose districts include parts of the capital city. The goal, Yarber said, is to broaden the definition of emergencies beyond natural disasters.

Under the federal Stafford Disaster Relief and Emergency Assistance Act, passed in 1974, a governor asks the president to declare an emergency following an act of God, such as a hurricane or tornado, which triggers federal funding and loosens some procurement regulations.

"Our concern is that if we wait on the Stafford Act, it means we'd have to wait on failures," Yarber told the Jackson Free Press this week. "Real leadership says, 'If we know the bridge is going to fail, we need to make the necessary steps and precautions to keep that bridge from falling.'"

Yarber said his administration is eyeing funds from the U.S. Department of Transportation's Tiger Grant program. In April, the federal DOT announced $500 million for transportation infrastructure, but Jackson has not been a beneficiary of the program in the past five years. In 2014, Claiborne, Franklin and Jefferson counties received $17.8 million for road repairs. The previous year, the Port of Pascagoula Bayou Harbor drew $14 million to help relocate a rail line from downtown Pascagoula; Mississippi also received a partial grant to improve the Interstate 20 bridge between Mississippi and Louisiana.

Speaking to a gathering at the Mississippi Conference of Black Mayors Friday, May 15, Yarber slammed a federal-state grant-making bureaucracy that he said put black mayors at a disadvantage. Yarber criticized that system, under which the federal government gives money to state agencies, which then allocate it to regional agencies such as the Metropolitan Planning Organization and the Central Mississippi Planning and Development District.

"The real truth is that, in many cases, for the people who are represented in this room—the black mayors—we cannot compete when we have to go through all those pass-throughs," Yarber said during a presentation.

Still, funding options remain, including a $2.5 million loan from the Mississippi State Department of Health. Then, there's the roughly $12 million from the 1-percent sales tax that remains unspent as the 10-member commission mulls the comprehensive infrastructure master plan that Jackson developed.

The commission charged with approving a plan to spend the sales-tax money recently approved the city's first-year plan. The city will use the money to repair streets and bridges and to address flooding and drainage issues around town. In the first year, only cash from the sales tax will be used on projects. The next phase of the plan could include borrowing, officials said.

The thinking behind the campaign, city officials explained, is to remove the orange cones that dot the city by making needed infrastructure fixes that total approximately $1.5 billion. With the expectation that the city will draw about $226 million over the life of the 1-percent sales tax, Yarber says the city faces a budget shortfall of $700 million.

Kishia Powell, the city public-works director, said that despite the funding challenges and a worker shortage, Jackson isn't waiting for external funding. She said her department has been able to reduce the 120 vacancies in public works to 108 open positions.

A recruiting fair for various public-works positions takes place Thursday, May 21, in the conference room of the Department of Human and Cultural Services at the Metrocenter Mall.