Vouchers May be Ticket Out of Public Schools for Kids with Disabilities—But is that a Good Thing? 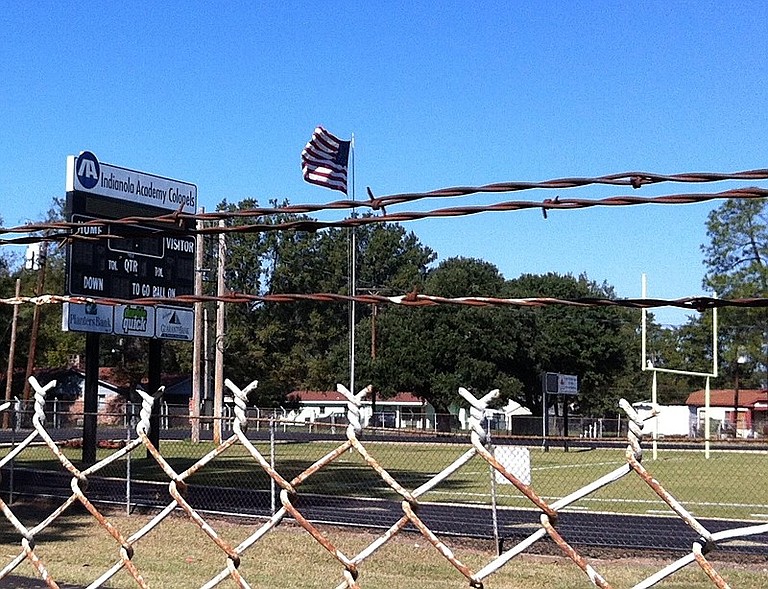 Jackson, Miss. - Some students with disabilities may get a chance to leave the public school system here—but advocates and parents aren't sure it will improve their education.

Lawmakers in Mississippi will soon debate a bill to give special education students vouchers for private schools, which supporters say will boost their options and opportunities.

Opponents, though, say vouchers will simply send disabled students to ill-equipped, unregulated schools and ultimately absolve the state of responsibility for some 54,000 students with disabilities.

Proposed by State Senator Nancy Collins, (R-Tupelo), the bill passed the Senate education committee Tuesday. If approved by the Senate and passed in the House, it would create a pilot program to provide $7,000 in state funds per student for up to 500 students with disabilities during the 2015-16 school year.

The state would give that money to families to pay for private school tuition, online courses, tutoring, postsecondary schools, textbooks and technology, but only if the students disenroll from public schools.

About 13 percent of all students in Mississippi have a disability, and in the 2011-12 school year, only 23 percent of special education students received a regular diploma at graduation, compared to the state average of nearly 76 percent.

That same year, federal data show more than 60 percent of all students who exited special education in Mississippi received a certificate or alternate diploma not equivalent to a traditional high school diploma or GED and not recognized by most employers or accepted by colleges in the state. A 2014 Hechinger Report investigation found that students with disabilities are also overrepresented in the state's juvenile justice system, ending up there because qualified teachers and services like counseling are lacking in schools.

But opponents are less excited by the options, and say the bill does nothing to fix the actual problem: a vastly underfunded and under resourced public special education system.

"Districts are faced with the very difficult decision about how to provide best for these children without financial resources," said Nancy Loome, executive director of The Parents' Campaign, the Mississippi-based nonprofit advocacy organization.

Since 1997, schools in Mississippi have only been fully funded twice, which means that they usually don't have money to buy supplies like science laboratory equipment, or upgrade old facilities. Teachers miss out on professional development, Loome said, and may not have the skills necessary to teach disabled students. "There are all kinds of ways that a child with special needs could be helped if their schools were given the resources they're supposed to have."

Diana White, a public school teacher in the Lincoln County School District who has a child in special education, said that she's pleased with her child's teachers but due to budget cuts, "those teachers face the challenges of being overloaded with many students and a lack of resources." The shortfall has also limited the therapy options that are provided to special education students, White added.

Still, White is skeptical that the proposed voucher system would provide her son with a better education because vouchers can be used at any private school, not just a school that offers services specific to that child's needs. "That would be defeating the purpose in most cases because most private schools do not offer special needs services," White said. "There are extracurricular programs that address [my son's] needs, but these services are not covered by the voucher."

Nationally, at least 13 states and Washington, D.C. provide vouchers to students as a ticket out of public school on the basis of disability, low-income status, or because their home school is failing, according to the National Conference of State Legislatures.

Vouchers have long been a controversial topic, and some national special education nonprofits have expressed concern toward the practice. The Council for Exceptional Children, a nonprofit coalition of educators, stated in a 2011 position paper that "the potential for in-school segregation of children and youth with special-learning needs predictably accelerates" when special education students enroll in private schools, which unlike public schools, are not required by federal law to keep them in a "least restrictive environment," or around their general education peers as much as possible.

There is also the question of whether they are lawful. In Oklahoma in 2014, part of the state's special education voucher program was ruled unconstitutional by a district court judge who said that state funds should not be given to private religious schools.

In states like Florida, which established a similar program in 1999, research has been inconclusive on the academic impact of vouchers. One report found that special education students who remained in public schools experienced increased academic achievement, possibly because public schools felt more pressure to improve to keep more students from leaving.

A 2007 report by Education Sector, an education policy think tank, said that "despite its growing popularity, [Florida's] program has not yet proven that it works as either an adequate school-choice or special-education reform measure" because private schools are not required to report student outcomes to the state. The report concluded that the lack of accountability makes the program "seriously flawed."

Marcus Winters, a senior fellow at the Manhattan Institute for Policy Research, a conservative think tank, said that researchers have not been able to gather much data on special education voucher programs. "The only thing we've been able to rely on so far, and frankly it's pretty outdated," Winters said, "are parent reports on those schools. Those have been generally positive."

Some experts say that despite the lack of test scores or academic data, the sheer popularity of voucher programs, especially in Florida, shows that parents are seeing a positive academic impact.

Jay Greene, head of the Department of Education Reform at the University of Arkansas, said that although voucher opponents often want to see test scores to prove that disabled students are improving in their new schools, those exams may not give a full picture of academic success or show progress on goals that are not evident on standardized tests.

"Does that mean schools are doing a bad job? Maybe they're helping students make progress, but just reporting test scores doesn't really tell us whether those students are making progress," Greene said. And at least in Florida, parents must be seeing progress or, "They wouldn't be choosing [vouchers] in general," Greene added.

A 2011 investigation by the Miami New Times found that regardless of academic impact, Florida's special education scholarship system has created a "cottage industry of fraud and chaos." Since 1999, more than $1 billion of tuition vouchers have been paid to private schools the state could not regulate, some of which lacked safe buildings and specially trained special education teachers. Some hired administrators with criminal backgrounds.

Mississippi's proposed Senate bill attempts to set some regulations by requiring that private schools only receive voucher money if they are accredited by a state or regional agency. The bill also stipulates that private schools notify prospective students and their parents about their capacity to serve students with disabilities. The schools would also be required to conduct criminal background checks on employees.

However, the bill acknowledges that the state "shall not in any way regulate the educational program of a nonpublic school, postsecondary institution or educational service provider that accepts funds from the parent of a participating student."

In a public e-mail earlier this week, Loome wrote that the voucher program will simply privatize public education with little oversight. "There is nothing in this bill that protects the rights of children with special needs," she wrote. "We believe our state's focus should be on building a strong system of free public schools that serve all children well, not some cronyism-inspired system engineered by those who want to make a profit off of our kids."

This story was produced by The Hechinger Report, a nonprofit, independent news website focused on inequality and innovation in education. Read more about education in Mississippi.