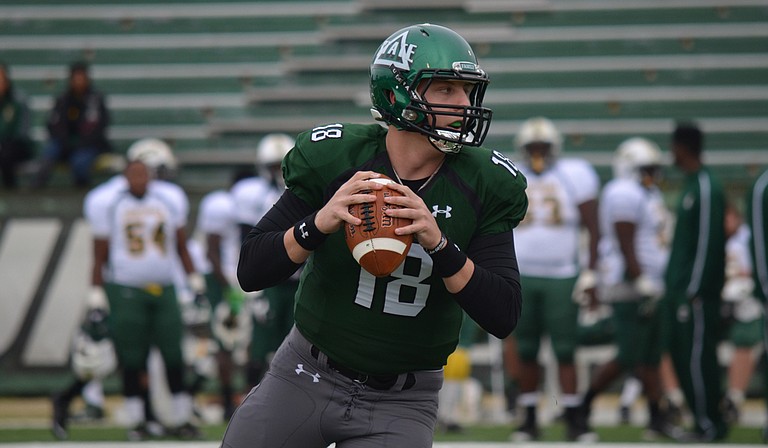 If you could do nothing but travel the state each weekend to watch football, which games would you go see? I have spent weeks looking at schedules to tell you which games would be the best each week. Most weeks are just one game, but if it is good enough, there will be a bonus game or two. Only games played in Mississippi count. Also, every one of the four-year schools in the state have to grace this list at least once. It wouldn't be fun to spend all our time in SEC country.

The only time this game was close last year was right before kickoff. The Bulldogs won in a blowout, but the Golden Eagles should be better this season and could put up a fight until the halftime.

The Blazers enter their first season at the Division III level, where the Majors have been at, as the in-town rivals square off.

This was the game last year that let the college football world know the Bulldogs were set for a special season. You can bet the Tigers would like to take MSU down in this on-the-road game.

This is the first home game for the defending SWAC champs, but the Delta Devils would like to pull off the upset like they did to Jackson State University last season.

Another close rivalry game for the Blazers as the Choctaws look to avenge last season's loss.

It is not every week that a former Big Ten school comes to Mississippi as UChicago does when it faces the Majors.

This game comes after a road trip to Alabama, so the Commodores could be the first SEC win for the Rebels, or a potential letdown game after a win.

This game could be great. Two years ago, Grambling State didn't come to Jackson because of a boycott, and GSU upset Jackson State in Jackson last year. This game could also show if JSU is ready to battle for the East title.

The Grove is always a great place to be during homecoming for the Rebels, who should roll the Aggies to the delight of the home fans.

This is a revenge game if there ever was one. Last season, the Statesmen lost twice, and both those losses were to West Georgia (one in the DII playoffs).

Bonus: University of Arkansas at Pine Bluff at Jackson State

This is the homecoming game for the Tigers, which makes it a must-see.

This game is on Halloween, which is fitting since the Delta Devils gave the Tigers nightmares in their upset win last season. Does JSU get the trick or the treat?

The Blazers finish their first season in Division III at home. Will it be the end to a success or thankfully over?

This is the season finale for both schools. The Statesmen renewed the rivalry with a big win at home. Can the Choctaws return the favor?

The first loss the Bulldogs suffered last season was to the Crimson Tide. MSU gets a shot at some revenge at home.

The Tigers won when Rebels quarterback Bo Wallace threw a late-game interception. Wallace is gone this year, so there's no hope at another pick-off ending, is there?

If the Golden Eagles haven't won a game, this is their last chance when they take the field against the Monarchs.

Its the Egg Bowl. Do we need to say more?

This game could be for all the SWAC East marbles, and it is one of the biggest SWAC rivalry games. Again, do we need to say more?

Tell us what game you are most looking forward and why on Twitter at @JFPSports or comment at jfp.ms/sports.